How Not To Learn German Quickly 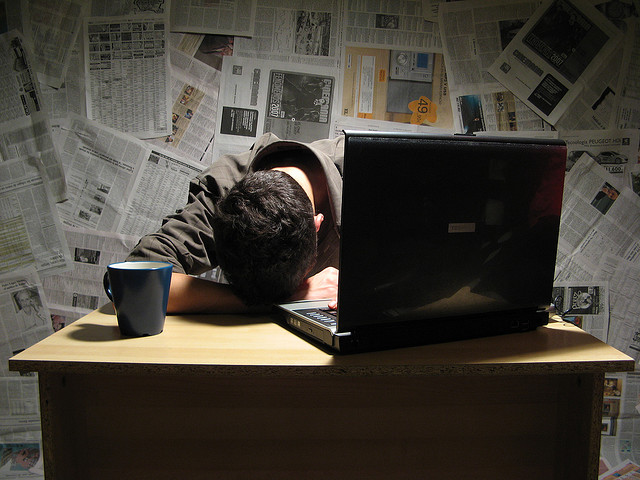 Through the years as a German teacher I had the chance to work with learners from all over the world. Not only did I observe a variety of difficulties due to peculiarities of mother tongues but even beyond that each individual student had very different needs in terms of explanation and practice.

Therefore, I have become very cautious in dealing out general advice to new learners. It’s almost impossible to recommend a certain style of learning German that will work for everyone. It’s much easier to say what won’t work!

Cram Your Brain With Vocabulary 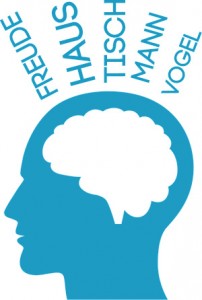 Some people think that if they learn as many German words as possible as quickly as possible their vocabulary will surely grow. It must, right? The bigger the input, the better the output? Actually, no. Just memorizing random word lists will not magically increase your “Wortschatz” (literally: word treasure).

There are two problems when learning vocabulary: Relevance and Retention. If a student learns a ton of words he doesn’t use in everyday life (either actively by speaking or passively by reading) they are low on the relevance scale and therefore harder to retain. On the contrary, words with high relevance are easily and naturally memorized without a need for “artificial” methods such as vocabulary drills.

Interestingly, the difficulty of the words doesn’t really matter. If you read and hear the word “Leistungsschutzrecht” every day over a couple of weeks you’ll remember it, no matter how convoluted it may seem at first.

Aim For Perfect Pronunciation From The Start

Let’s make an experiment. Try to say: “Streichholzschächtelchen“. If your native language is English, this may be very difficult. There’s that nasty R like in “Brot” and ch as in “ich“. There’s absolutely no way you’ll pronounce it correctly right off the bat. This is what it sounds like. Most English speakers, however, will say something that sounds like “Strike-holes-shack-tel-ken”.

It’s frustrating, isn’t it? You say words like these over and over again but the sounds just get stuck in your windpipe, syllables tumbling all over each other.

While some people might actually enjoy doing these somewhat musical exercises, for many others it’s just demotivating. Good pronunciation slowly develops over time.  For the time being, what matters is understandability and unambiguity. What that means is that your pronunciation doesn’t have to be totally correct. It might even be very far off, but as long as it’s understandable to an average speaker, there’s no need to torture your larynx.

It is important, however, that a mispronunciation shouldn’t overlap with the correct pronunciation of another word. Example: Due to the “Auslautverhärtung” in German, there are no soft plosives at the end of a word. A German will therefore pronounce the English words “kit” and “kid” exactly the same: “kit”. A native English speaker on the other hand might pronounce the German word “Kür” (freestyle) just like the word “Kur” (regimen).

Gobble Up All The Grammar Rules

German grammar is infamous for its exceptions. Whereas in French and Spanish, conjugations and their irregularities are rather complicated in comparison to English, in German even the nouns and adjectives are changing their endings in seemingly unpredictable ways.

Some people will try to learn all the declensions, tenses and moods one after the other. For grammar nerds and linguists this can be an exciting endeavor but for most of us, Konjunktiv II Plusquamperfekt Passiv is not just a mouthful but a real headache.

There are many things in German grammar which are irrelevant to beginners and even intermediates. Just like in English there are a few grammar rules which are used all the time in everyday language and then there a lot more which are very rare.

As with the other points noted above, it’s important not to get lost in the details but to stay with what’s relevant. It may be difficult to ascertain which rules are relevant and which are not. Here are a few pointers: “Deklination” is important for using nouns correctly, but you don’t need all them most of the time (Genitiv is increasingly rare, for example, Nominativ is the standard form. So you can start by focussisng only on Akkusativ and Dativ). When it comes to tenses, the most important ones are “Präsens” and “Perfekt”.

Learning a new language is like exploring a cave. At first there’s only darkness, then you start shining a flashlight around the corners and familiarize yourself with common shapes until one day you can move around without bumping into walls.

The key is that in you don’t need to know everything but only what is relevant. Since for each learner relevancy is defined differently based on level and interests, there’s no one-size-fits-all solution, there are only general guidelines and the pragmatism of everyday life.