9 Fun Facts About The German Alphabet 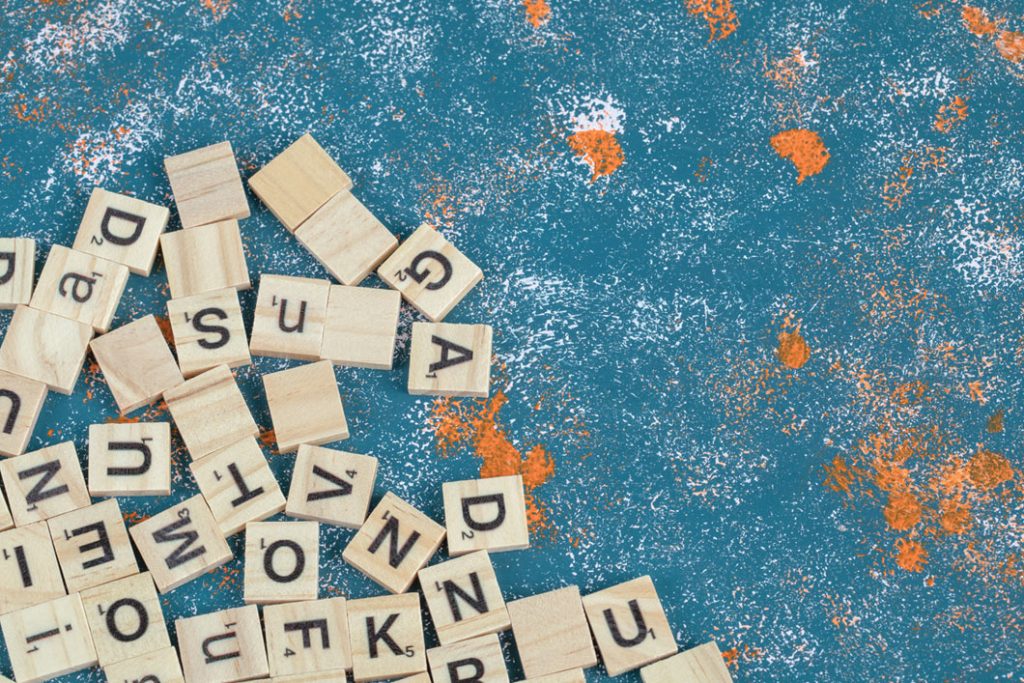 Have you ever wondered what the differences are between the German and the English alphabet, why some German words seem to go on forever and what these strange dots over the vowels mean? Here are nine quirky factoids:

1. The German Alphabet has 4 extra letters 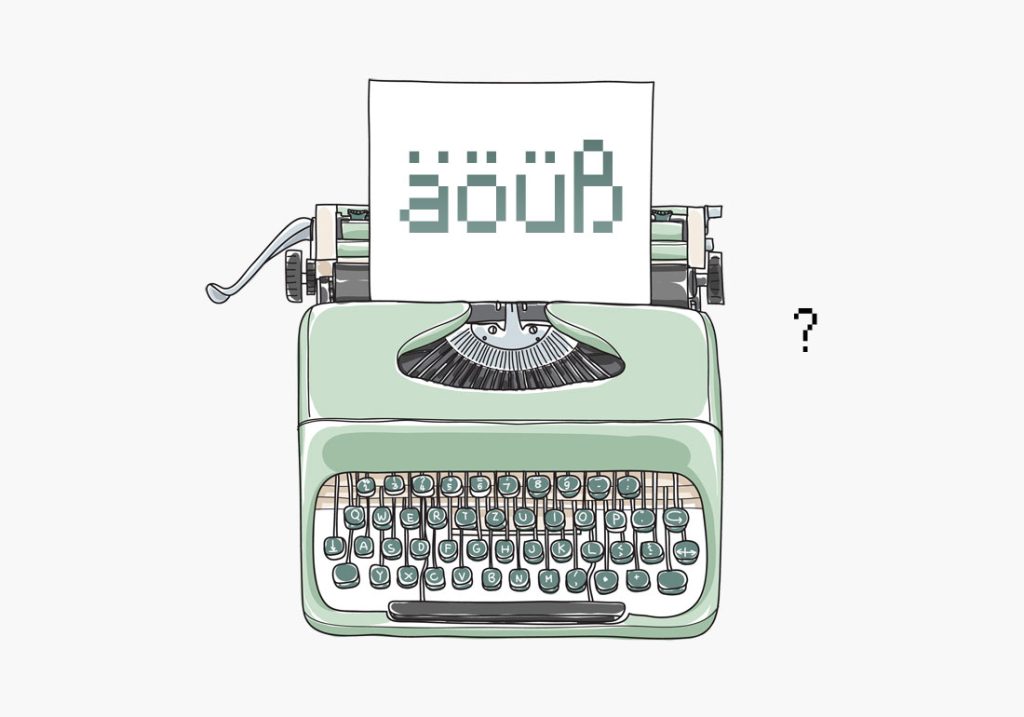 The German alphabet uses the same 26 letters like the English alphabet, but there are 4 extra letters: ä, ö, ü (so-called Umlaute) and ß which is known as “ess-zett” or “scharfes S” (“sharp S”).

While the Umlaute are just variations of the common vowels a, o and u, the letter ß is unique to the German language. It sounds like the “ss” sound in “hiss” and is used for every “sharp s” sound after a long vowel. For example: “das Maß” (measure), but “die Masse” (mass). In Swiss German the ß is not being used and always replaced by “ss”.

2. You can sing the German Alphabet but it sounds very different 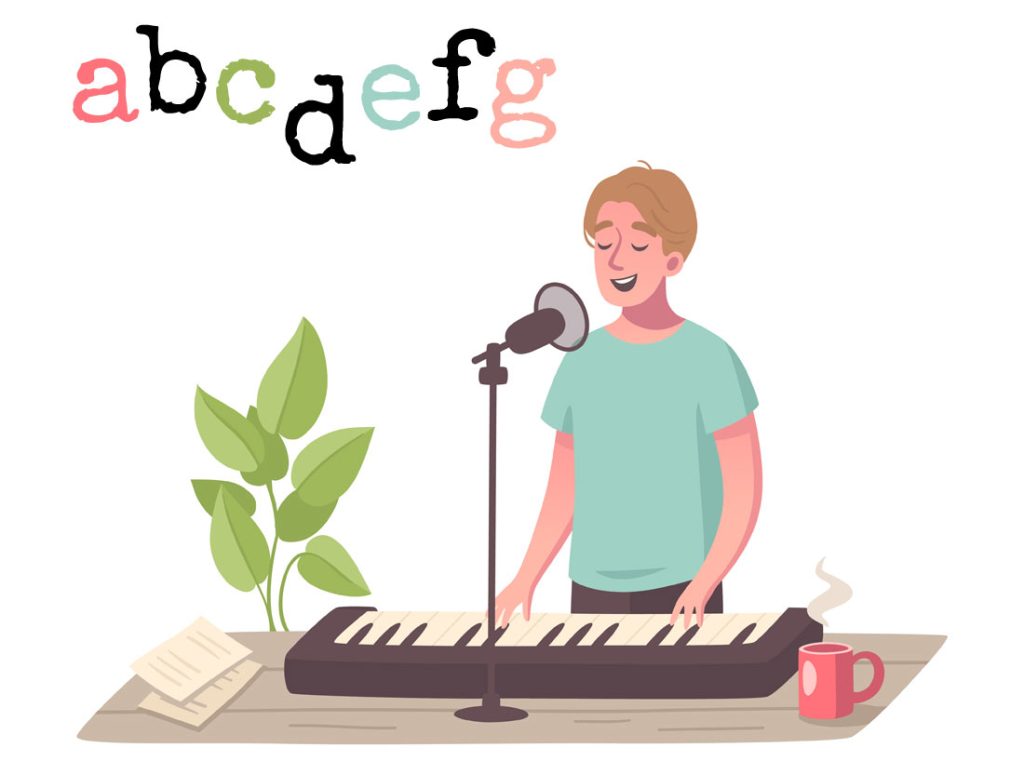 While the melody is the same, you’ll notice that almost all of the letters have different names than in English. There are many variances, but here is a common pattern: all the letters that have a name ending with “ee” in English, have the ending “eh” in German. For example, the letter B (bee) sounds like “beh”, P (pee) sounds like “peh” in , D (dee) becomes “deh”, etc.

And then there are those letters that have completely different names: H (age) becomes “hah”, J (jay) becomes “yott”, W (double-you) becomes “veh”, V (vee) becomes “fow” (as in “fowl”), the letter Y (why) becomes “ipsilon” and so on and so forth.

The only letters that have the exact same names in English and German are: F, L, M, N, S. 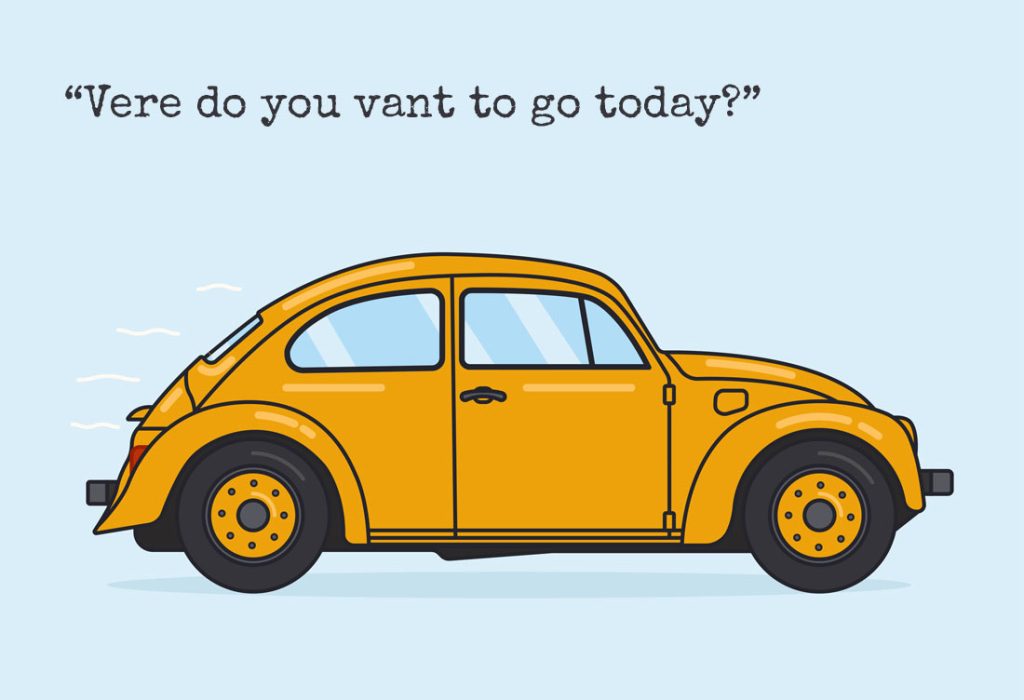 Did you ever notice that when Germans speak English, they’ll pronounce words such as waiter like “vaiter” and we like “vee”? As funny as this German accent may sound, there’s actually a reason for that. In German the letter W is always pronounced like the V in English.

For example the German word wunderbar is correctly pronounced like “voonderbar”. Similarly, many English speakers will pronounce the car manufacturer Volkswagen “volksvagon” but the correct pronunciation sounds more like “folksvahguhn”.

4. There is (technically) no limit to how long German words can get

Thanks to the German language’s love for compound nouns, words can get very long very quickly. Technically there is no limit to how many words you can string together. In the wild you’ll find most of these compound monsters in the realms of legalese and officialese.

The Duden dictionary has the following unwieldy words from the Dudenkorpus (digital database of editors) on their top 2:

As long as these words may get though, there is an iron rule. The last element of these compound nouns is what determines the gender of the whole beast. Hence, the first example would be neuter das Rinder……gesetz because it’s das Gesetz, and the second female: die Grundstücks….verordnung because it’s die Verordnung. 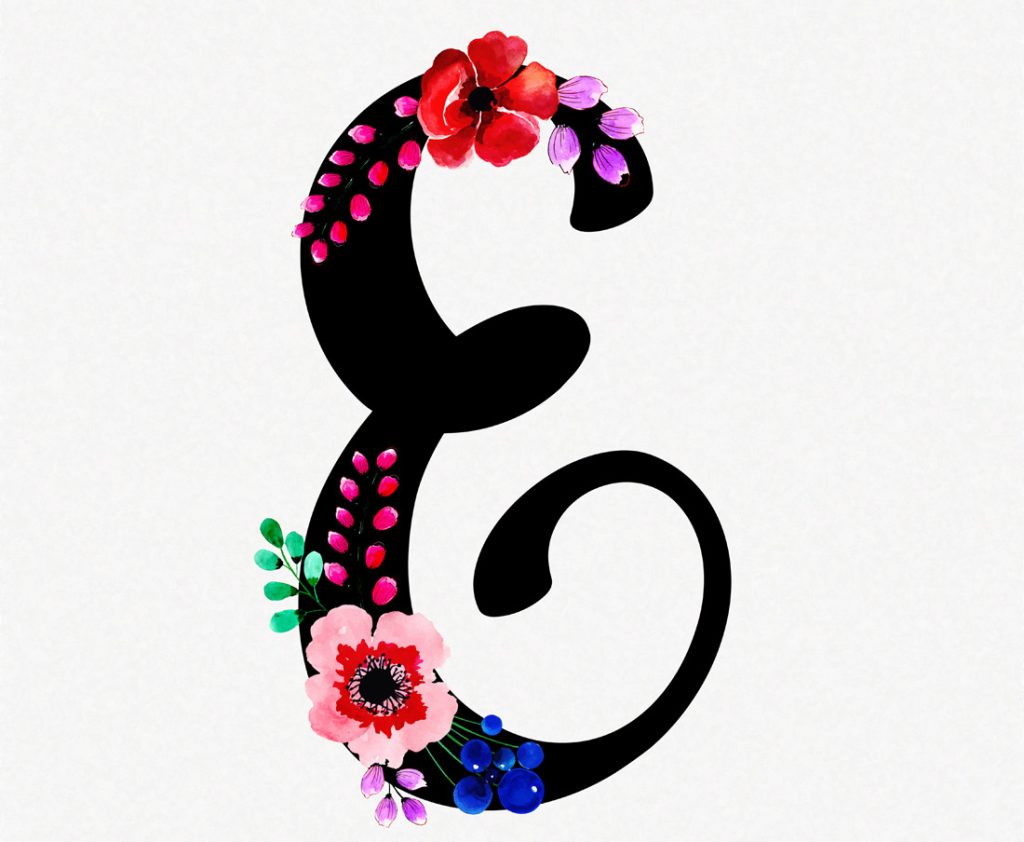 Here’s another thing the German alphabet shares with the English one: the most common letter is E.

However if you look at the frequency charts side by side, the other letters in the top 5 vary greatly in both languages:

6. German has its own Spelling Alphabet

Some letters just sound too similar; when you need to spell a word and want to make absolutely sure that letters aren’t misheard, for example over the telephone, there’s a special spelling alphabet that replace each letter with a clearly distinguishable word, such as Bravo for B, and Foxtrot for F in the NATO phonetic alphabet.

In German we call this a Buchstabiertafel or Buchstabieralphabet, and there’s a unique set of names for each letter/sound:

Interestingly this phonetic alphabet used to look very different before the year 1934. Under the reign of the national-socialists, anything that didn’t confirm to their arbitrary ideas of “racial purity” was deleted from the spelling alphabet and replaced with more “Germanic-sounding” names.

Originally, D was “David”, J was “Jakob”, N was “Nathan”, S was “Samuel” and so on and so forth, which are of course all Hebrew names from the Bible.

There have been some recent attempts to restore the old German spelling alphabet and/or replace the letters with city names, but in daily life German speakers will often just use a mix of both the old and the new versions. Switzerland on the other hand, who didn’t fall under the same dark spell, still largely uses the old spelling alphabet until this day.

7. (Some) Consonants Are Hard As Steel 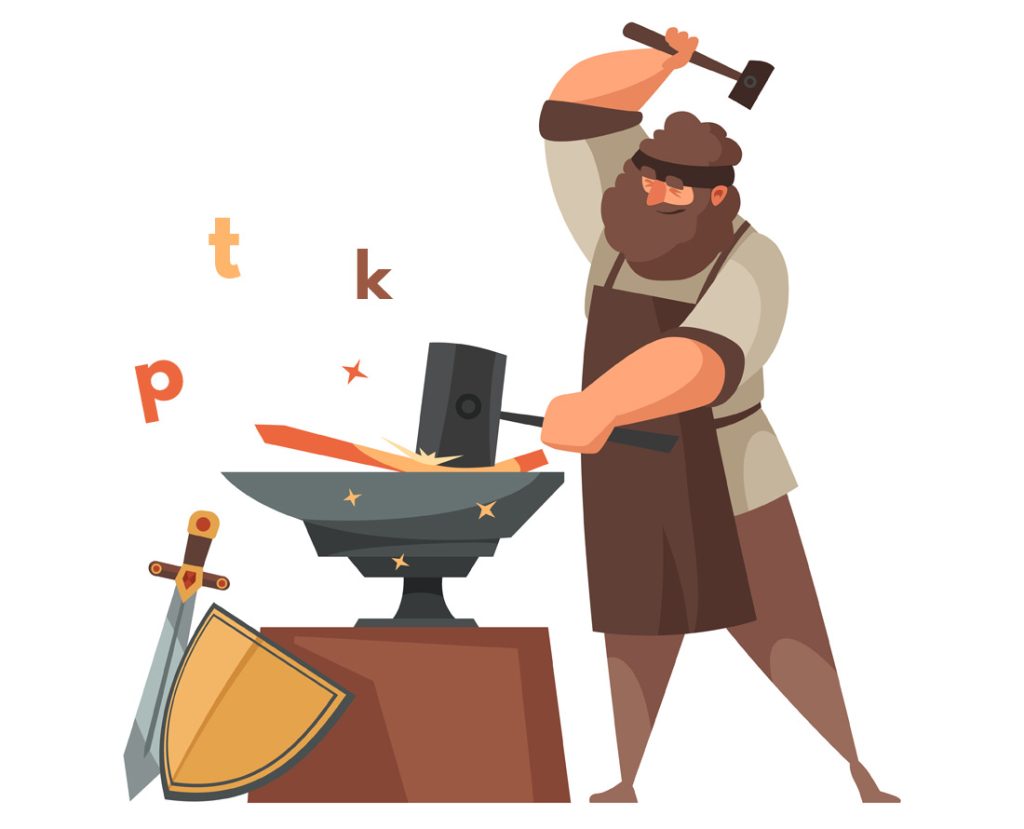 It’s a common stereotype that German sounds “harsh” and “tough”, and while that’s not necessarily true, there is in fact a very specific phenomenon where consonants get toughened up when they appear at the end of a word.

We call this “Auslautverhärtung” (literally: “end sound hardening”). Put simply it means that each B, D, G at the end of a word turns into P, T, K. It is an absolute rule which is never broken.

Let’s look at some examples:

This is why many German speakers often struggle when pronouncing English words with soft plosives at the end. Hence, kid will become kit, dog becomes doc, sophisticated becomes sophisticatet, and so on and so forth. 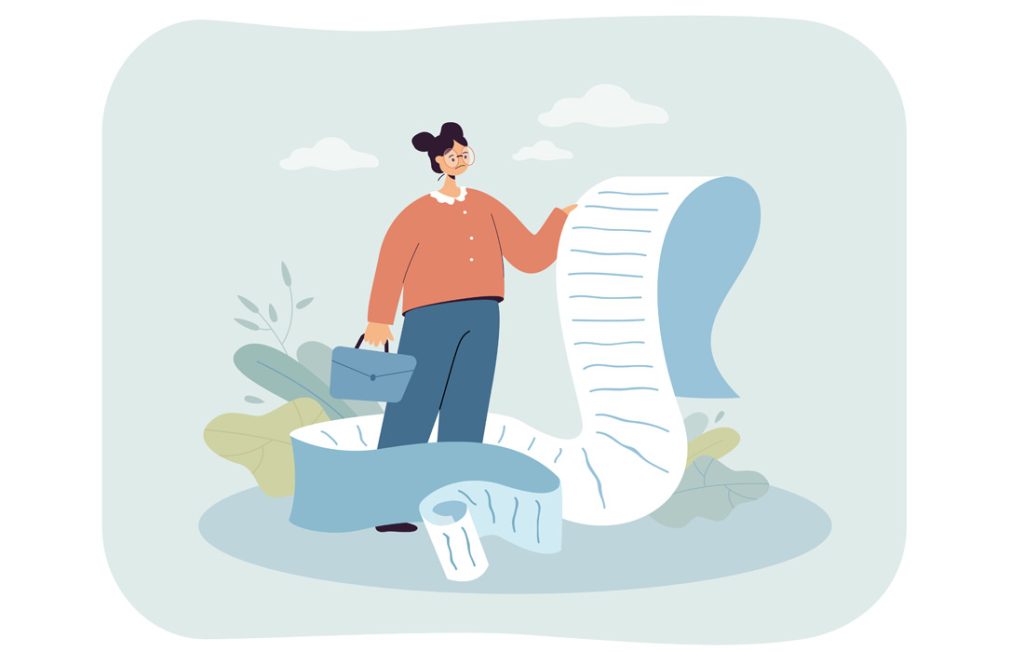 Maybe you’ve stumbled over the sentence “The quick brown fox jumps over the lazy dog”. This is a so-called pangram of the English language, i.e. a sentence that contains all letters of the English alphabet. Here are some fun German pangrams:

First, let’s look at those containing all 26 letters without ß and ä,ö,ü:

Now, let’s up our game and add the other 4 special letters:

Translation: “The wrong practice of xylophon-music tortures every larger dwarf.”

The most common word formed by letters in the English language is “the”. Similarly, in German it’s the definite article “der”, followed by “die” and “und”. Interestingly the neuter definitive article only appears on place 8 in the frequency chart.