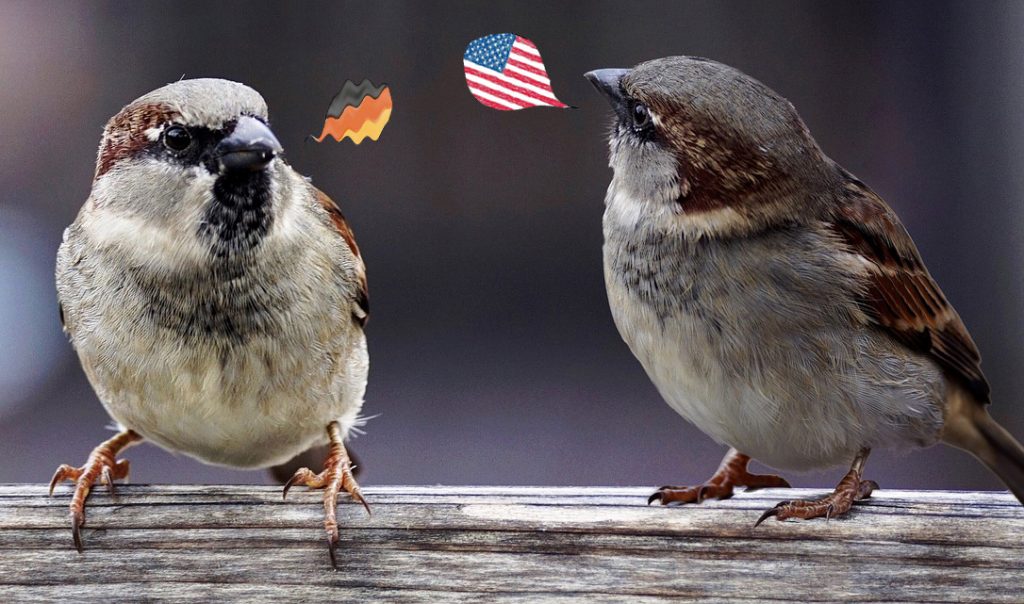 So you’ve downloaded a couple of German apps, read some books, picked up a few phrases, and then you finally get on that flight to Berlin or Munich, eager to put all of your efforts to use.

You’re going to Germany after all. What better place to learn German?

It turns out that Germans really love speaking English. In fact, they love it so much they’ll use any opportunity they can to practice or simply show off.

Which is great for them and their English proficiency, but not so great if you’re trying to learn German!

That’s why in this post, I’ve listed a few strategies you can use to do the seemingly impossible: get Germans to talk German to you.

But first, a comic by Malachi Ray Rempen (itchyfeet) which is painfully true: 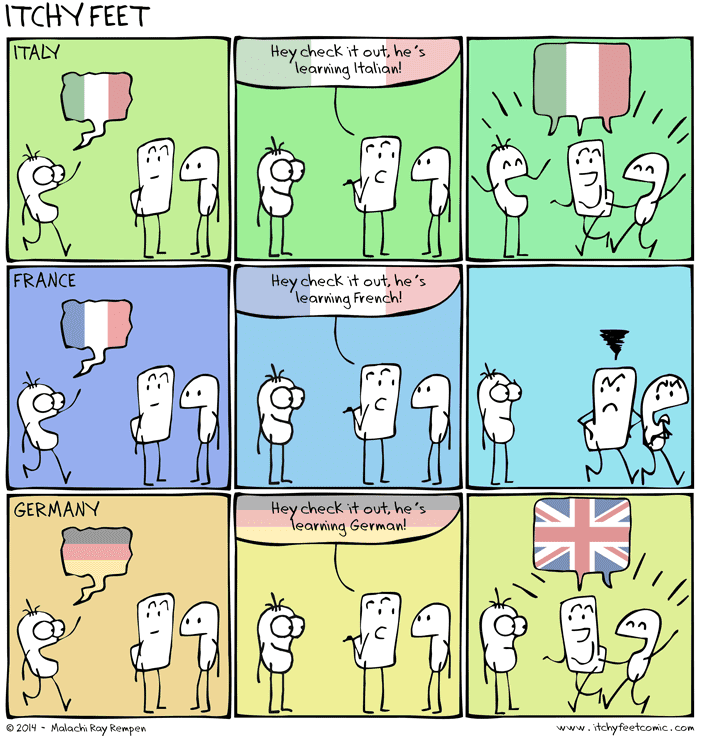 Talk Deutsch To Me

The easiest thing you can do is to simply ask Germans to speak German to you. They may think they’re making your life easier by switching to English, but in the end it’s no help at all. So if they really want to be helpful, tell them how!

Instead of getting frustrated and wasting valuable practice opportunities, just ask. Here’s how:

They may still prefer to answer in English, either because they’re too impatient to wait for you to process what they’ve said, because they don’t want to slow down, or repeat themselves, or because — Germans being Germans — they want to be 100% sure you understood everything precisely as they said it.

But even if they won’t heed your request, you can still continue speaking in German to them! The main point here is not to give up!

Put differently, since you can’t aways rely on people to speak German to you, you’re going to have to be more proactive in your own speaking efforts.

Dropping the “Super” And Going Rural 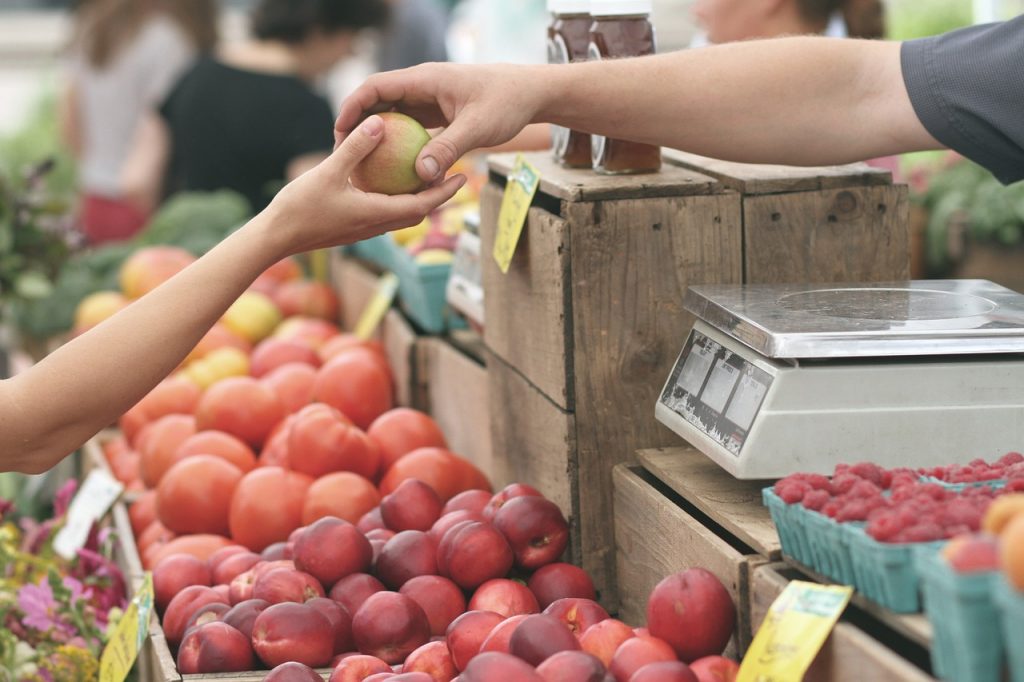 Farmers markets can be a great way to do some healthy shopping and improve your German conversation skills.

Supermarkets are everywhere in Germany and the food prices are among the lowest in the Western world. But after putting all your goods onto the conveyor belt and hastily stuffing everything into your bags as the cashier is hurling eggs, milk and drinks at lightning speed, there’s not much speaking practice to be had, except for a mumbled “Hallo” or “Schönen Tag noch!” (“Have a nice day!”). If you use self-checkout terminals, it’s even worse, since it requires virtually no human interaction.

So next time you’re low on cheese, bread and vegetables, why not simply visit your local market instead? Even the smallest towns in Germany have a “Wochenmarkt” (weekly market) and in big cities like Berlin you can go to a different one every day.

The prices may be slightly higher than in the supermarket, but consider going to your local farmer’s market an investment in your German practice.

Verbalize All The Things! Read Signs And Ads Everywhere

This is a strategy which is less focused on interaction but it’ll still help you familiarize yourself with German pronunciation. Plus, you can do it anywhere!

When you’re strolling through the city, or sitting in a bus or train, there are German signs and ads everywhere. Try to read them and verbalize them in your head. Even if you don’t always understand each and every word: how would you pronounce them? You can also take notes and check on Forvo or with a native speaker to see if you got the pronunciation right.

Or even better: ask your German teacher or classmates! Wait, you haven’t taken German classes yet? 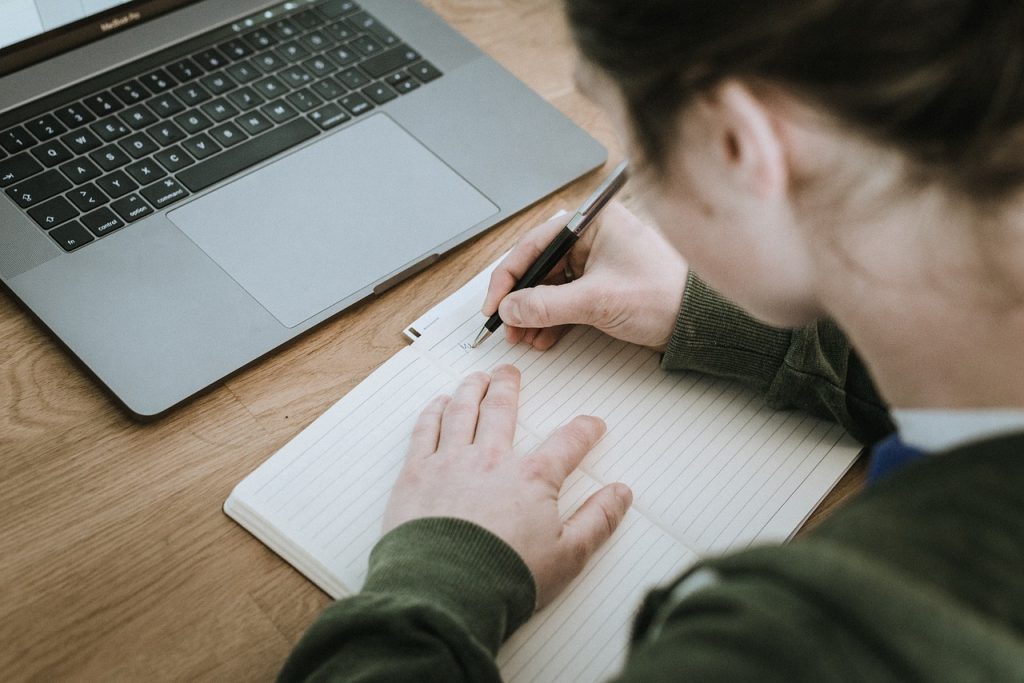 German classes work. And they don’t even have to cost anything.

This may sound obvious, but taking German classes will be one of the most effective ways to get some speaking and listening practice.

In Germany, education is considered a fundamental basic human right. That’s why getting a university degree is basically free. And while there are many different German courses and classes offered by private schools and institutions which can be very costly, you can also find free (or subsidized) German courses at your local Volkshochschule (adult education center).

Here are selected offers from various cities. Click through the courses for more details:

While none of these things will force Germans to speak Germans to you in daily life, you’ll still make the most of being in Germany while trying to learn the language.

Just don’t get too frustrated! Here’s another comic by itchyfeet that perfectly describes the situation: 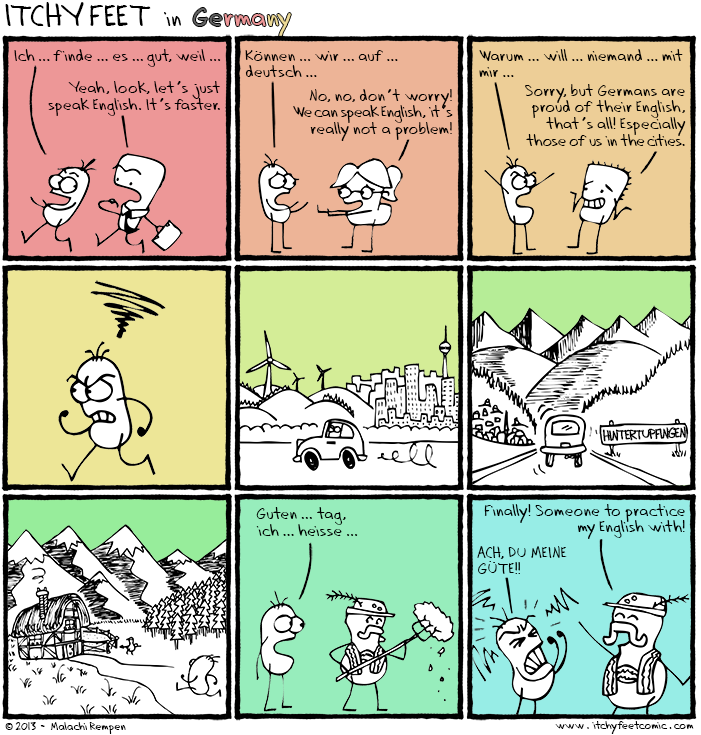