How The Ebook Limits Innovation 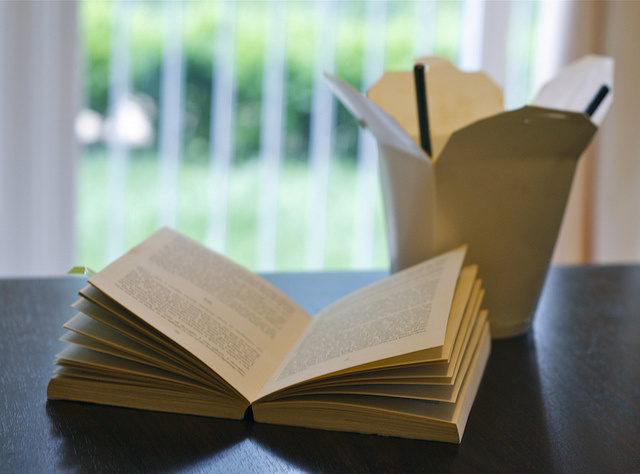 Everybody knows what a book is: a stack of printed paper, held together by glue, staples, etc. If we talk about the ebook, however, it’s not that clear. What is an ebook? Is a huge Word document or PDF an ebook? What about Kindle books, Kobo books or Apple’s iBooks?

For many years people have been saying that the ebook will revolutionize our reading experience with video, audio, quizzes, Social Media integration and whatnot. But if we take a look around in the big ebook stores most books are actually just straight text, except for children’s books which sport the occasional (non-moving) image. It’s like on the early Internet; most of it is text. Why isn’t there more interactivity, embedded audio and video? Because the format and devices don’t support it.

All eBooks — so-called — are right now nothing more than a lightly tarted-up text dump into a specific electronic container. They’re objects with less capability than print (go on, riffle through those pages with eInk’s refresh rate!) and even dumber than print (uh, which page are you actually on?). They are linear, they are stupid. They are the lowest common denominator of what an eBook can be  – Mike Cane

Amazon Kindle, one of the biggest ebook platforms/stores in the world, is based on the MOBI pocket format, which doesn’t support audio, video or interactivity. Barnes & Noble’s Nook, Kobo and other ebook platforms are based on EPUB, which is slightly more advanced, theoretically allowing embedded audio & video since EPUB3, but often the stores or reading devices themselves do not support it.

Therefore, most interactive ebooks you’ll find these days are actually not ebooks at all, but apps. What’s the difference? An ebook is a digital text file, much like a Word or HTML document. An app is a software, like a game for example.

An ebook is a very simple document which consists mainly of text and can be read on any device or platform from e-reader to smartphone to tablet to desktop computer. Its focus in on reading, nothing else.

An app is a platform-specific piece of software (e.g. Android or IOS) that may have lots of multimedia elements and interactivity but is limited both by its platform and system requirements, i.e. e-ink e-readers like the Kindle, Nook, Kobo, etc. have neither the screen nor processor to run these apps.

For publishers all of the above means that the more interactive and multimedia you make your book, the less compatible it will become. 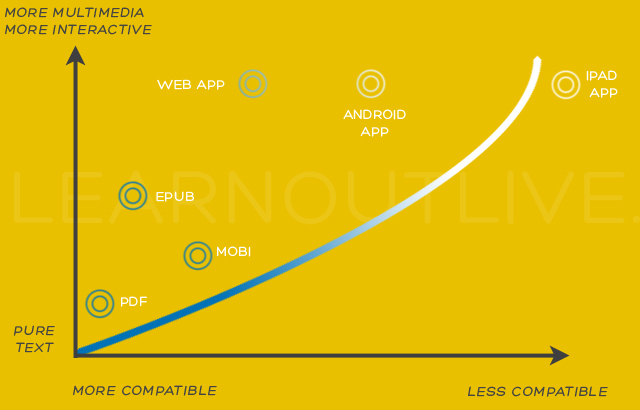 In other words, if you create a simple ebook (EPUB, MOBI) it might not have much interactivity or multimedia elements but it can be read on any device from simple e-ink readers to high-end tablets. Admittedly, as soon as we upload these files to an ebook store there might be platform compatibility issues (i.e. you can’t read a Kindle file on a Nook or Sony reader) but these limitations are easily circumvented if the publisher hasn’t locked his books with DRM. In short, ebooks are simple, and that’s why they can be enjoyed on almost any device, regardless of manufacturing or performance differences.

With apps, it’s a lot more complicated. If you design a book app specifically for the iPad or iPhone, then you might offer background-music, animated illustrations, zoomable charts, maps, videos, etc. – but all the people who don’t own one of these devices are not going to have access. If it’s an Android app, all Apple users won’t get to read it. And even if you create both an Android and Apple app, all the people who have computers or e-ink readers but no smartphone or tablet will be left out in the cold.

About one year ago I decided that I would try to break the above graph. I started integrating more images, more complex layouts  and even the occasional bit of audio into Kindle books. Didn’t I just say that Kindle books don’t support embedded audio? Actaully, yes. But you can still insert a link to an audio file into a book. This way, if readers click/tap the link on more capable devices they can listen to the sound while on simpler devices (i.e. e-ink readers) the sound doesn’t play, but also the book doesn’t break.

Half a year ago I started pushing the envelope even more. I was imagining an interactive ebook (not app!) where the reader could make choices during the book which would influence the story. What seemed impossible at first slowly started to take shape. I designed a custom set of text-manipulation commands which converted a set of certain symbols in my manuscript to interactive elements in the final ebook. This way I could focus on developing the story and let the computer do the rest. I even managed to squeeze in a few “achievement” points where readers can share their successes with their friends.

So far I haven’t found any other books that use the same mechanics, but if I figured this out, I’m sure others have, too. Ultimately, only time will tell if there’s a place for this specific form of enhanced user experience.

If you want to find out more about this project, it’s a fantasy story for German learners and it will be released as a Kindle ebook on the 15th of April. The project’s website is: learnoutlive.com/genowrin


On the website I also added a little animation that illustrates how the interactive elements work. What do you think? Could this make the reading experience more interesting? Or is it just useless bells & whistles?

UPDATE: Just made a little video that showcases the book’s non-textual features: