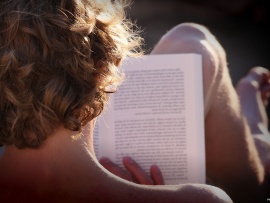 Where last time I shared insights with you about the psychology of social media (yes, it was that post with the awfully long title), today I want to take a broader look at behavioral patterns and salient features of a generation deeply stewed in digital ways of life, which is also often referred to as “the net generation” or “digital natives”.

In this article I will show possible models of looking at emerging generational features and briefly summarize the results of an independent survey I conducted in 2008  with about 100 pupils (different school systems, age, and gender) in the former East of Berlin ranging from the age 6 to 18.

When speaking of the Net Generation, the term shouldn’t be misunderstood as defining a specific decade or even age, “since few generalizations are entirely correct. However, generalizations – such as those about generations – highlight trends.”[1]

In the following table Diana and James Oblinger from the Educause Institute are offering a pattern of those trends: 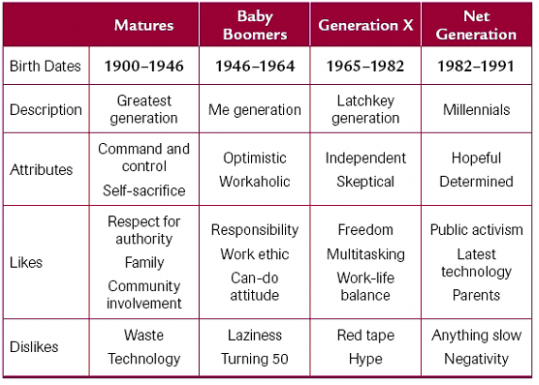 Whether these details are accurate or not, we should note that this table in total shows a segment which in terms of technology truly marks a radical transition phase in between the onset of Industrialisation in the latter half of the 19th century and the Information Age of today which not only includes the evolution from mechanic to digital, but the whole emergence of an increasingly important web of media as well.

Technology, as easily it may be localized in our daily lives, is becoming increasingly harder to define, especially concerning the Net Generation. With the invention of the steam engine, technology was something powerful, dirty and dangerous. Around the 1960ies everything “electrified” was considered technology, like e.g. electric guitars and modern refrigerators. Nowadays technology is everything with a microchip, a software code. It is the most abstract and versatile form of technology ever. Technology is best defined nowadays as a “tool”, not only in the causal relation of getting something done or fixed but even more generally as an instrument to satisfy not only the daily needs of (home)work but also those of personal pleasure and social interaction:

“[I]f you ask Net Gen learners what technology they use, you will often get a blank stare. They don’t think in terms of technology; they think in terms of the activity technology enables. In general, the Net Gen views the Internet as an access tool—a medium for distribution of resources rather than a resource with limitations. […] The activity enabled is more important to the Net Gen than the technology behind it. For example, instant messaging wasn’t considered a technology; IMing is treated as a verb—it is an action, not a technology. Students often use the word “talk” when they describe text messaging or instant messaging. Software blends into the background; it enables certain activities to occur, but it is not new, novel, or customizable—all part of the Net Gen’s definition of technology.”[2]

To further analyze this, I gave students a sentence stem which they had to complete. (Ger: “Technik bedeutet für mich…”)

Technology to me, means…

The Threshold/ISTE Youth Forum offered American students a similar assignment. They had to answer the question why technology is essential for them, and what they wrote included the following:

·         Technology allows us to learn as much as we want to about virtually any topic.

It may be surprising that students from Germany and America might have the exact same perspective on technology but on the other hand it is pretty obvious, because although language and culture may differ, the “language” of software (e.g. html, java, etc.) and the “mechanics” of the major operating-systems for contemporary computers cell phones and gaming consoles are the same all over the world.

The Net Generation’s concept of technology can thus be summarized in the following three words: information, communication and entertainment , not specifically limited to specific hard- or software but all pertaining to activities. In this manner, technology and media are always interrelated and often used synonymously. 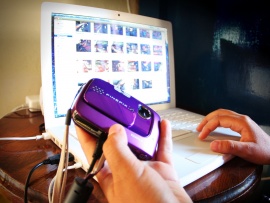 The term media literacy[11] as I understand it here is based on the acquisition of a heterogeneous array of traits or skills that are working reciprocally and simultaneously, and if not properly addressed, can cause a lot of problems. Diana Oblinger puts it like this:

“Digital Natives accustomed to the twitch-speed, multitasking, random-access, graphics-first, active, connected, fun, fantasy, quick-payoff world of their video games, MTV, and Internet are bored by most of today’s education, well-meaning as it may be. But worse, the many skills that new technology [has] actually enhanced (for example, parallel processing, graphics awareness, and random access)—which have profound implications for their learning—are almost totally ignored by educators.”[12]

So, if media literacy may also mean knowledge about different software or sites, it is nevertheless based on certain physical or psychological core requirements:

·       “Attentional deployment: They are able to shift their attention rapidly from one task to another, and may choose not to pay attention to things that don’t interest them.”[13]

Those two skills, part of the already mentioned Oblinger study, are especially interesting, because they are often mentioned in relation to hyperactivity, attention deficit disorder etc. In my study 54 % reported having problems concentrating on only one activity per time. 85 % said they were able to concentrate on 1-3 different mediums at the same time, like television internet, radio etc.

The skill of attentional deployment can become a very distressing factor for teachers and parents if not properly addressed. Especially if the students don’t seem to have an interest in the given task or subject. Unfortunately this skill is often “treated” with medicine that may permanently affect the brain of the growing child. Of course there are extreme cases, but generally hyperactivity is not a sickness of individuals but a characteristic of the world our youth inhabits. They are simply adjusting to the speed of their environment, the shutter frequency of music videos, splitsecond interaction in chat-rooms and games. And the most important fact about the resulting fast response time is, that they „expect rapid responses in return.“ Trying to slow down this activity won’t help the educators. They have to adapt to the swiftness of their students and, in this case – learn from them how to emit equally fast responses themselves, so that students won’t lose interest in a lesson which is simply – in many ways – too slow.

It is generally known that there are different learning types, e.g. seeing, listening or kinaesthetic interaction. But especially in the visual domain we see Net Geners excel:

–         The Net Generation is very experienced in virtual social interaction

–         They have acquired specific skills or abilities (multitasking, communicating with images, fast-response, etc) that must be systematically channelled into the acquisition of media literacy, because if not addressed or worked with properly, these characteristics will constantly sabotage the rest of the more traditional curriculum, leading to frustration on both sides.

–         Although all of the above being truly global phenomena, without languages, the parts of the internet one can access are restricted to local influences

We need to maintain traditional education and adapt it to the new generation’s needs whenever possible. I see a lot of chances here of “cross-fertilization”: The benefits of learning foreign languages are obvious when communicating with people all over the world, knowing physics and maths will assist in creating sounds and programming. Unfortunately limited funding and education staff may very often delay this adaption, because there are simply not enough computers or teachers professionally trained in multimedia publishing or structural understanding of the net.

This is one of the reasons why we see many parents nowadays sending their children to private schools, which in comparison to public schools have smaller classes, more room for one-on-one attention and sufficient funding. Nevertheless parents and teachers should encourage teenagers to acquire media literacy as part of their free-time, observe and when necessary regulate their media-consumption. But this means that first of all the older generations have to acquire media literacy themselves before they can teach it, which poses a problem since these generations often do not have the basic skills or traits like fast-response-time, attentional deployment, etc. and have to invest much more time and effort than the youngsters, who on the other hand seem to have great difficulty independently selecting media content from a wide sea of information, which is not just entertaining but also constructive concerning the general education as a human being.