“Rescue the Princess”: The Psychology and Neuroscience of Social Media in the Generation Gap of Digital Natives & Immigrants 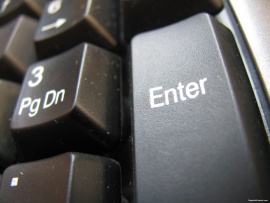 Is Social Media just an Escape from Real Life?

Working with students and teachers from all over the world in different timezones, I have recently stumbled upon the fact, that our sleeping patterns as “digital natives” might severely differ from those of earlier generations; Not only state, but also night&day boundaries are becoming more and more fluid as the “global village” strengthens its ties.

Whether you are a student enrolled in an online university, playing games like “World of Warcraft”, journeying through the landscapes of “Second Life”  or simply following and posting stuff on Facebook & Twitter: You are always engaged with people from other countries and timezones. The relative difference of e.g. Tokyo to Berlin or New York, is shrunk to almost zero.

These observations led me back to earlier explorations of the same phenomenon and the question: “How will social media and exposure to the net and new mobile media in general change our skills, brain patterns and actual behaviour in the world?”

High quality research about this topic is still rare, and the reasons for this are at least twofold:

Still, this second fact does not prevent hasty conclusions by “education professionals” (as described in 1). Today I found a video produced by the British Telegraph, in which Baroness Greenfield, a neuroscientist, first tells us that the “brain adapts and gets good at whatever you are doing” which is a fact and needs no further debate. If you play the piano everyday, you’ll get good, better and even excellent at it during time. (The same holds true for language learning by the way)

But then follows something very strange. She goes on to describe the “world behind the screen” as an “two dimensional” escape from the “real world” without value, meaning and depth. To illustrate her point, she compares reading a novel about a princess or playing a computergame about “saving the princess” where the first engages you into a vivid emotional and compassionate relation with the novel, while the latter is simply a form of thrill-seeking where you “don’t care about the princess” and “you are not exercising or developing the ability to think about how other people are feeling or thinking.”

To “digital natives” this argument is an old hat: “Videogames are anti-social and meaningless!” Well … Those who actually play them know that playing modern games actually does involve a lot of social interaction (through chat, voice, etc.) and the games are very meaningful to the players (otherwise, why do they play?) and anyways, who wants to play a lamo-game which is called “rescue the princess?” 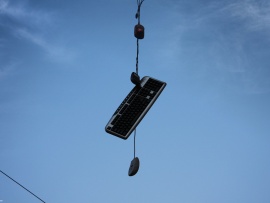 To those not deeply steeped in the digital gaming experience, it is sometimes hard to understand, but if we take the focus back from gaming (for more info about video games and education, click here) to focus again more specifically on social media, it is easy to illustrate how Greenfield’s arguments actually support engagement with it. Why? Here’s an example.

– Person A on, let’s say Facebook, sees that his high-school buddy B posts an article about Victorian architecture

– A, although not being interested in architecture or the Victorian age  will check out the article, simply because recommended by B.

– Reading the article, A will wonder why B is interested in the topic and begin to remember:  “Ah yes, he had that fascination about old factory buildings when we walked home from school together.” or something like that…

– maybe now, A will post a comment on B’s post, notifying him that he read the article, what he thought about it, or that it reminded him of their youth together.

However the social spiral might continue at this point, one thing is clear:  The brain adapts and gets good at whatever you are doing. So whether it is playing the piano or interacting with people through social media, in the above example you will get better at a) processing information b) remembering persons and being able to take their perspective and last but not least c) expressing your opinions and feeling

Needless to say, you are not only exercising or developing the ability to think about how other people are feeling or thinking, but even accelerate it many times, if you manage to integrate those social interactions into an otherwise healthy social life.

In the year 2006, I went out to collect some data on my own from students in Berlin, trying to find out what actually happens to them while using media, etc.  and I will continue this post later. But for now, let’s just end with a quote from science-fiction author, celebrity twitter and inventor of the word cyberspace, William Gibson:

“The other thing I think about about our grandchildren, is I think is what they’ll find quaintest and most old-timey about us is the distinction we insisted on making between the socalled real and the virtual. […] between the there and the not-there. […] It’s like making an immigrant’s mistake. The natives of the digital won’t have that distinction.” – Interview with IT, podcast