Of Swords & Dungeons: An Interactive Gamebook For German Learners

After writing three detective stories for German learners in 2012 and seeing people embrace the format, I wanted to do something different and yet very similar in 2013. So, I decided to create an interactive fantasy ebook for German learners which would not just work on fancy tablets and smartphones but even on the fabulous e-ink readers. Little did I know that it would take me six months to complete only the basic framework and first part of what is eventually going to be a trilogy.

This first part, titled Genowrin is now finally published and available on the Amazon Kindle store ( US | UK | DE | FR | ES | IT). A paperback version and other ebook stores will eventually follow, but since the Kindle platform is the most popular and most widely used, I’m starting from there.

This book is aimed at intermediate and advanced German learners who already have some basic knowledge but it can also be an exciting way for beginners to get a feeling for the language without being too overwhelming.

Last week I’ve talked a bit about the technical implications behind this project.  Geeky details aside, I’ve found a workflow which allowed me to focus on the story while automating all the coding and layout aspects. Hopefully, now that this workflow is in place, the second and third part of this story will be released quicker than the first.

Help Me Make This Even Better

Today, I’d like to invite everyone to get this book, download it on your Kindles, iPads, Androids and share your feedback. Since this is only the first part of a trilogy, I want to get as much feedback as possible so I can integrate it into the next part of the story. For example: do you want more sword fights? Less dialogue? More dungeons? Leave a review and help shape the next part of this epic adventure for German learners. 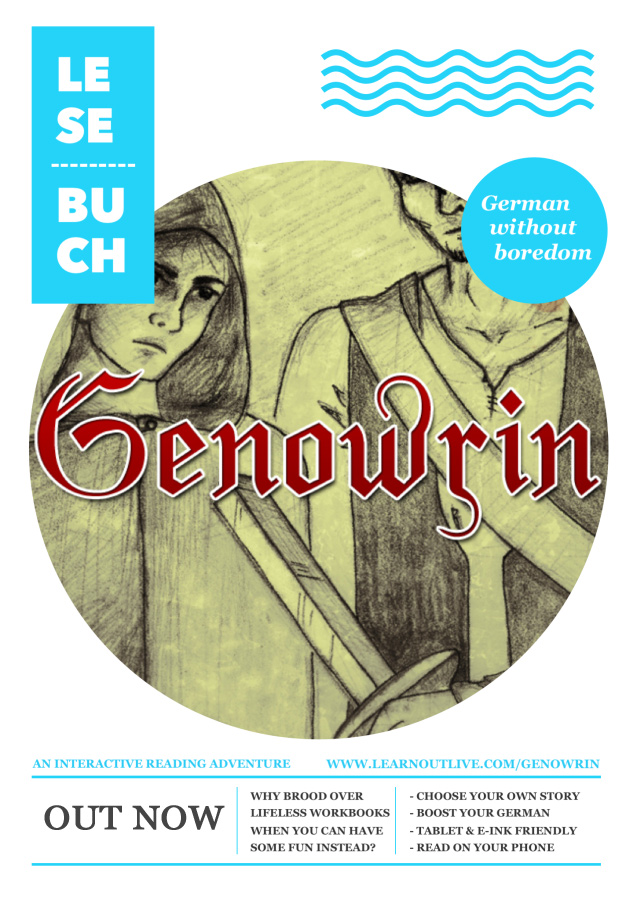