Mystic Tales from the Zohar Mishpatim

Hasaba (the Grandfather) – Part I 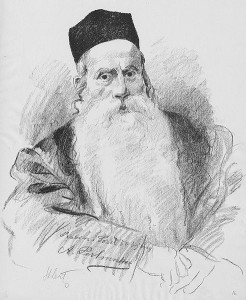 Rabi Hiya and Rabi Yossi met one night in the tower of  Zor. They sat together around a table and were delighting in each other’s presence.

Rabi Yossi said, “I am so happy that I have seen the face of the holy spirit, this delicate meaning with you, my friend. You see, while I was walking to this tower of Zor an old merchant along the way made me feel sorrow.”

Rabi Hiya said: “But what did he say to make you feel so sorry, my dear Yossi?”

Rabi Yossi answered: “He gave me a curious riddle. And don’t know his  intention for telling me so, for what he said was not according to the law in our books.”

Rabbi Hiya smiled: “Is that so? What curious riddle did he ask?”

“No”, Rabbi Yossi replied. “This strange fellow went on, asking me: ‘What is a beautiful maiden that doesn’t have eyes,  whose body is concealed and revealed, goes out in the morning and comes in the day, adorning herself with ornaments that never were?’

Rabbi Yossi frowned: “All this he said to me while I was passing through and I felt sorrow, but now I have relief and if it had been you and not the merchant I was talking to, we could have dealt in Tora, while I was occupied with nothingness.”

Rabi Hiya smiled, and replied while questioning ,” And this old merchant, do you 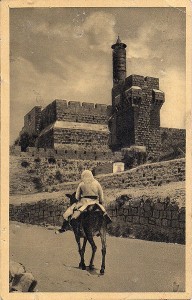 “I know that there is nothing in his tales, they are only imaginary dreams.  If he would know better he would have spoken the holy words and not wasted my precious time on my way, to you, my friend.”,  said Rabi Yossi.

Rabi Hiya said: ” and this merchant, is he here ? Because sometimes inside the emptiness we find peels of gold “.

Rabi Yossi said: ” He is here and he is fixing his donkey with food”.

Rabi Hiya and Rabi Yossi called the merchant, and the merchant came in front of them and said to them: ” Two that are three, because one who was connected to them becomes three”.

Rabi Yossi said: “Didn’t I tell you that all of his sayings are empty and they are for nothing? “

The merchant sat down with them around the table and began: “Rabanan ! My teachers! It is not that long ago since I became a merchant, for at the beginning I was not a merchant, I had one son and I sent him to school,  since I wanted him to learn Tora,  this is why I became a merchant,  so that I could support him. And when I find one of the Rabanim, the teachers of Tora that walk along on the way, I follow him.  And this day I thought I shall hear new things in the Tora, and I have not heard nothing “.

Rabi Yossi said: “All those things that you said were empty to me, except one thing.”

And Rabi Yossi said: “A beautiful maiden and she has no eyes.”

More posts about: judaism, mysticism, zohar in News
« Japanese Culture: Why “Gaijin” Isn’t So Bad After All
A Language Carries An Entire Culture On Its Back »