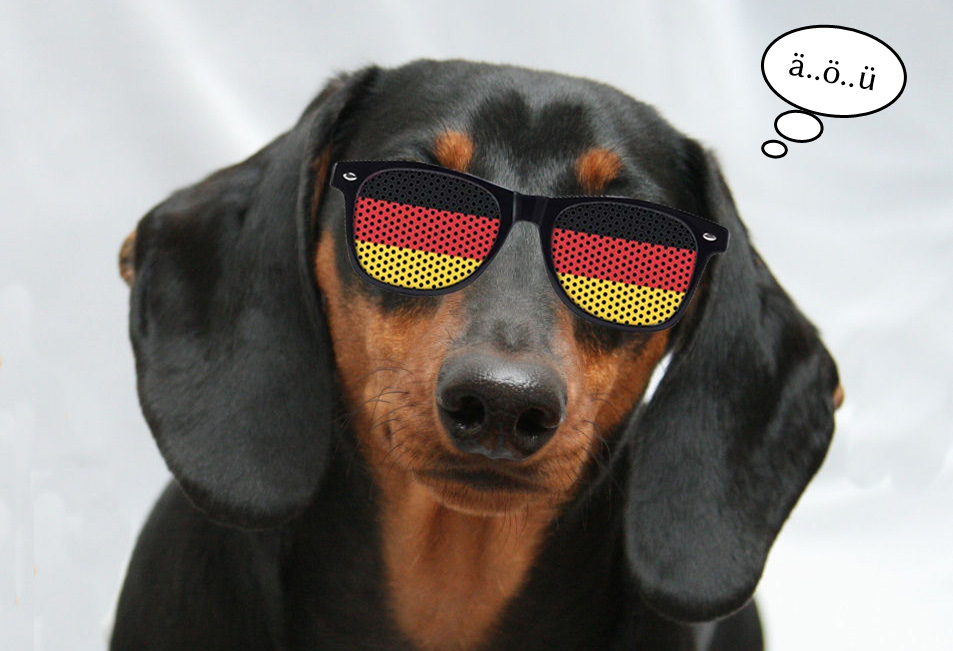 Have you ever heard the saying that Germans have no sense of humor? Well, it’s a fairly widespread belief. In a 2007 study more than 30,000 people in 15 countries were asked to rank the world’s countries with the worst sense of humor. Guess which country earned the title of “Unfunniest Nation”? Yeah, you guessed it …

But wait a second! Do Germans really have no sense of humor? Or have we all just seen too many American WWII movies featuring stiff-lipped soldiers shouting and grunting in monosyllabic splendor? Perhaps the German kind of humor just doesn’t translate well?

Language and humor are closely linked. Since the German language works very differently from English, especially when it comes to building new words and constructing sentences, humor expresses itself in a way which is often terribly difficult to translate.

German is full of often unintentional humor due to linguistic ambiguity. Let’s take a look at an example. The following sign advertises a trial course for policemen about the topic of cocaine. 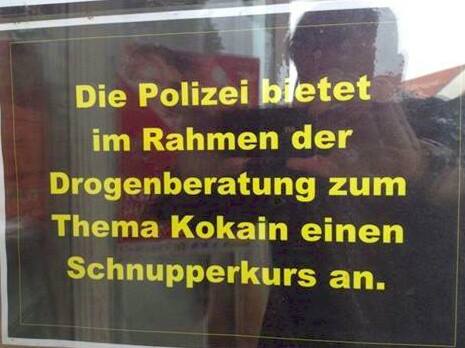 Not funny? Well, you have to know that the word for “trial course” which is being used here — der Schnupperkurs — translate literally as “sniffing course”. Of course, now that the joke has been explained, it’s dead.

Another good example, also dealing with law & order, is this one (via Wikipedia): 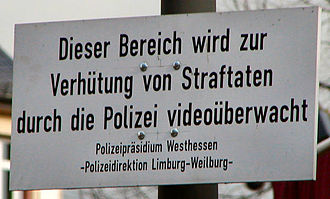 German news magazine Der Spiegel has a whole category devoted to these unintentionally humorous sentences. Trying to read these short snippets and headlines can be a great way for advanced students to take their German to a whole new level.

Now that we’ve established that Germans don’t necessarily lack a sense of humor, but perhaps we just to need to hone our sense of German to understand it, let’s take a look at some of the most well-known and well-beloved German comedians.

I’ve already written about Loriot here, one of the grand-masters of a very typically German kind of humor. You can find a number of videos from his self-titled TV show on YouTube, some of them even with English subtitles. Here’s a scene about the wonders of married life. Since it consists of very simple sentences, it’s a great way for beginners to get a feeling for the language.

There’s probably not a single comedian who divides the Germans like Helge Schneider. There are those who love him, and those who hate him. His humor is in some ways very anarchic, but in other ways relies heavily on linguistic intricacies, which are often unfathomable to non-natives. The following dialogue between a teacher and a student will give you a quick taste.

Another famous classic German comedian goes by the name of Otto Waalkes. Like many German comedians, his approach to humor is shaped by the dialect and mentality of his origin. Hailing from the cool, detached north, Otto is well-known for his fictitious (and utterly nonsensical) English lessons:

Since regional varieties play a big role in German language and humor, many famous comedians are intrinsically linked to their dialects. If you’re curious how different German dialects sound and how humor is expressed differently in these varieties, these comedians are a good place to start.