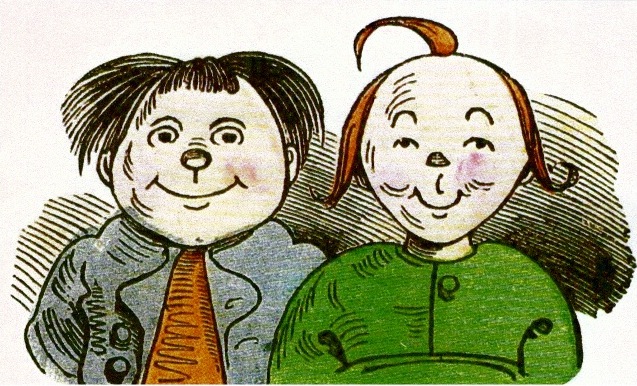 Is Max & Moritz, published in 1865, the original German comic?

Learning a language, any language, is hard. Especially when it comes to learning German, with all the endless grammar rules and exceptions, you’ll need to find ways to make your language study fun. And comics can be a great way to practice your text comprehension skills.

German comic culture is very different from the one found in America or France, for that matter. If you’re looking for a German equivalent of Batman and Superman, for example, chances are you’ll come away empty-handed. What many people don’t know, though, is that Germany has a long and rich tradition of cartoons and caricatures. Already in the 19th century, artists like Wilhelm Busch, author of Max und Moritz, and Rodolphe Töpffer from Switzerland were publishing their first comic strips. Imported by German immigrants, these early comic pioneers later influenced the development of the American comic strip in the Sunday papers. 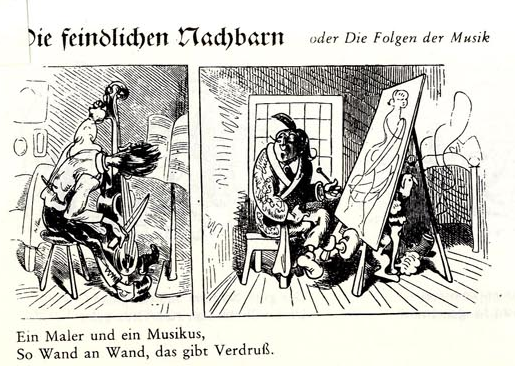 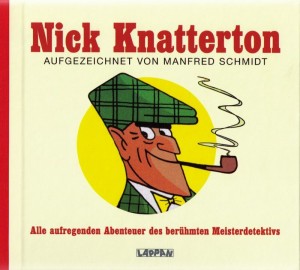 Drawn by Manfred Schmidt, Nick Knatterton is a German comic from the 50s about a private eye, sporting a Sherlockian green plaid overcoat, cap and pipe.

According to the author, this comic was originally intended as a parody of the American Superman-comics. Filled with political side jabs and innuendo, Nick Knatterton is a great mirror of post-war Adenauer Germany.

On this French site, you can get an idea about the narrative and illustrative style of this comic. Some of the paperback and hardback editions are available via Amazon. 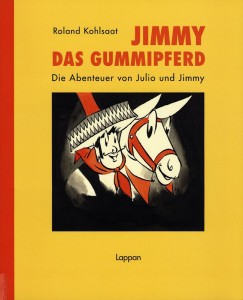 Another popular German comic from the 50s is Roland Kohlsaat’s Jimmy das Gummipferd, a story about an inflatable rubber horse and his rider Julio, a plump Gaucho. The comic was published weekly as part of the German Stern magazine and was later renamed “Julios abenteuerliche Reisen”. It enjoyed huge popularity well into the 70s.

On this site you can find a few scans of the original comic. A reprint of the original weekly comic was issued in 2003 and is available via Amazon (much easier to find and cheaper on the German site).

Fix und Foxi by Rolf Kauka is a very popular children’s comic. The often formulaic series about two foxes was published for more than 40 years between 1953 and 1994. Re-launched as Fix & Foxi it ran again as a monthly magazine in 200, 2005 and 2010.

These comics are availabe via Amazon, iTunes and many other sources. At Rolf Kauka’s Fix & Foxi-Club there used to be some comics you could read online, but their site is currently under construction. Use Google Image Search for some impressions.

Walter Moers, one of the best-known and most succesful German comic authors, created many comics for adults, such as Das kleine Arschloch (the little arsehole), a comic about an irreverent little boy, or Adolf, die Nazisau (Adolf, the Nazi pig), a sarcastic interpretation of Adolf Hitler living in today’s world.

Beside these often controversial stories he also created the more family-friendly Käpt’n Blaubär, a comic about a sea-fairing blue bear that first appeared in 1990 with the Ravensburger publishing house. The original comic was called Käpt´n Blaubärs Seemannsgarn and the character has since enjoyed great popularity on TV, in books and other media.

You can find many Moers comics (and his novels) on Amazon.

Another comic that should be mentioned here is Werner, a series by Brösel (Rötger Feldmann) about the same-titled protagonist, an unemployed biker whose two big interests in life are motorbikes and consuming copious amounts of beer. Over 10 million books have been sold and the movies based on the books have been a great success as well.

You can get some of the comics on Amazon. Here’s a sample I found by googling.

Web Comics: The Next Generation

Now that we’ve looked at a few classic German comics, let’s jump back into the present. Comic culture is alive and well in Germany, and when it comes to online web comics, it just makes it so much more accessible for readers worldwide. Some of these comics are more well-known, others more obscure, but there’s such a big variety, that every learner will be able to find something that suits his or her tastes.

So, without further ado, here’s a small collection of web-comics: 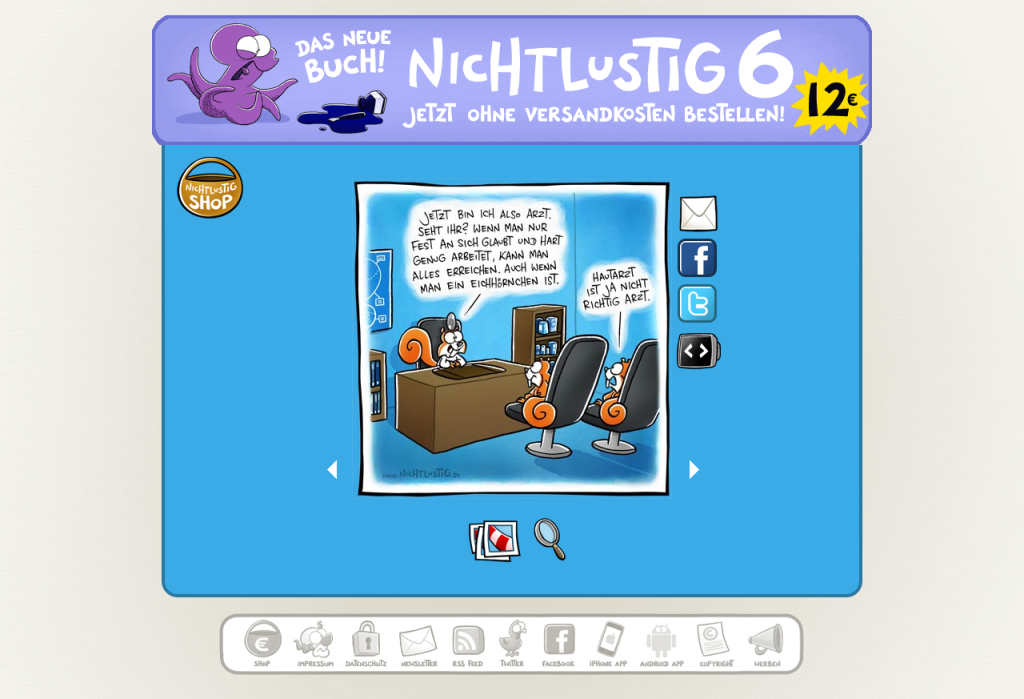 Nicht lustig (not funny) is the brainchild of Joscha Sauer, who, since 2000, has been publishing a great part of his comics for free on his website nichtlustig.de, which has quickly become one of the most popular German web comics. 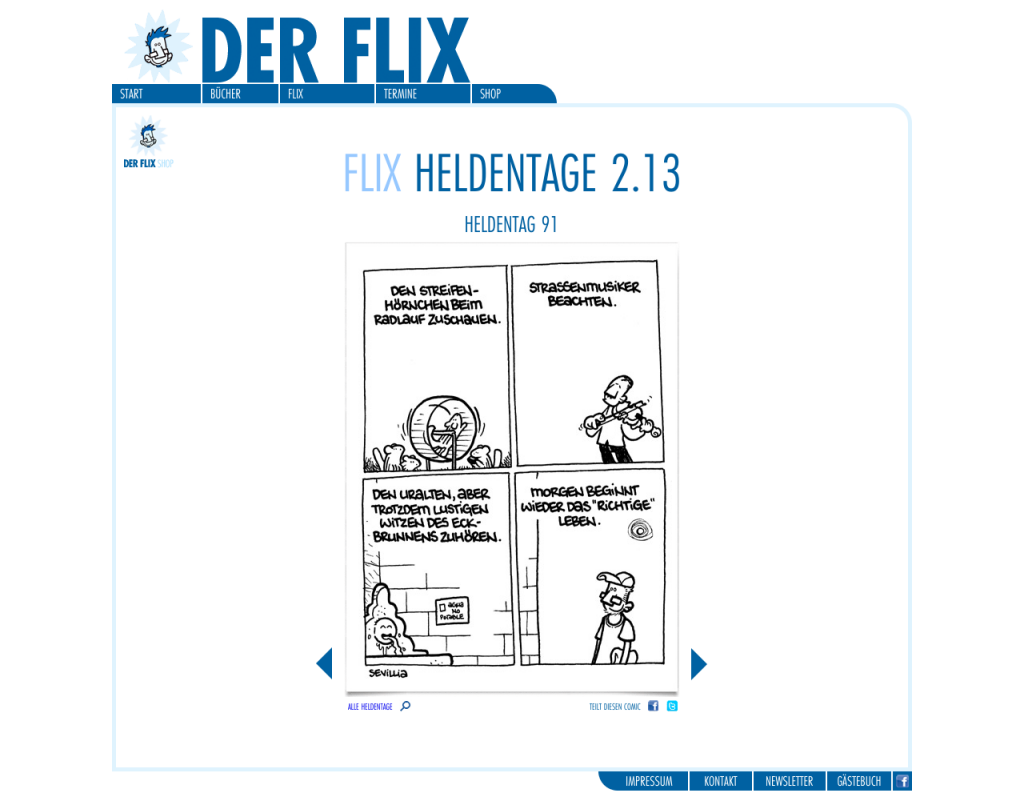 Flix is a comic artist from Berlin who has published various graphic novels and comic books. His comics have appeared in many notable German newspaper. On der-flix.de he regularly publishes new short comic strips. 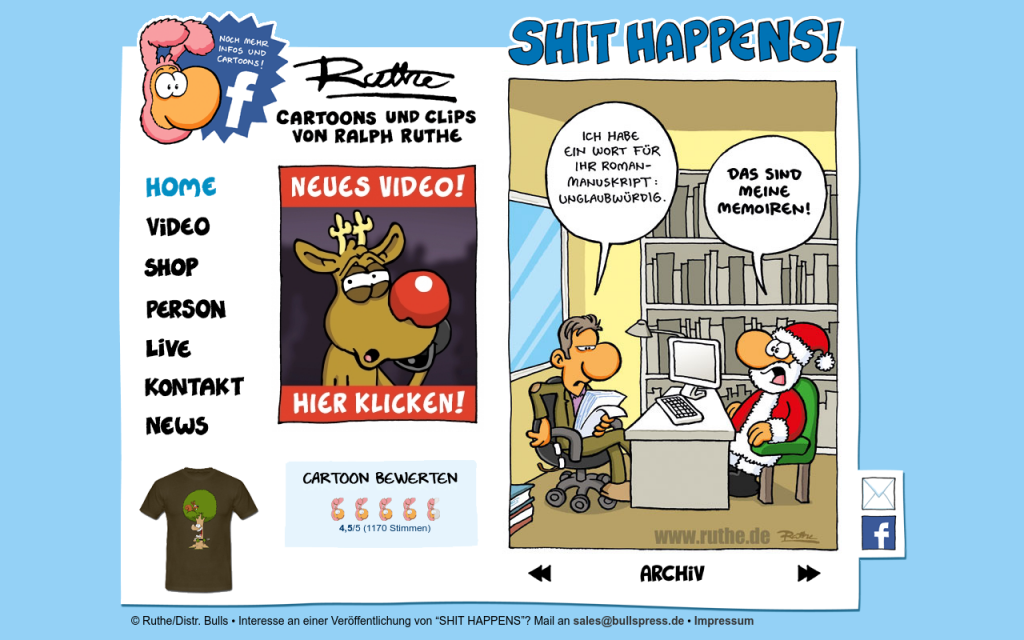 Ralph Ruthe, comic artist, director and musician began drawing comics for the German MAD magazine in 1998. On his website ruthe.de you can read many of his comics for free (check out the archive).

There doesn’t seem to be much information out there about the mastermind behind Ahoi Polloi, but these scans of hand-drawn comic strips have a very unique style and sense of humor. Every few days new ones appear and this site is always worth a visit. 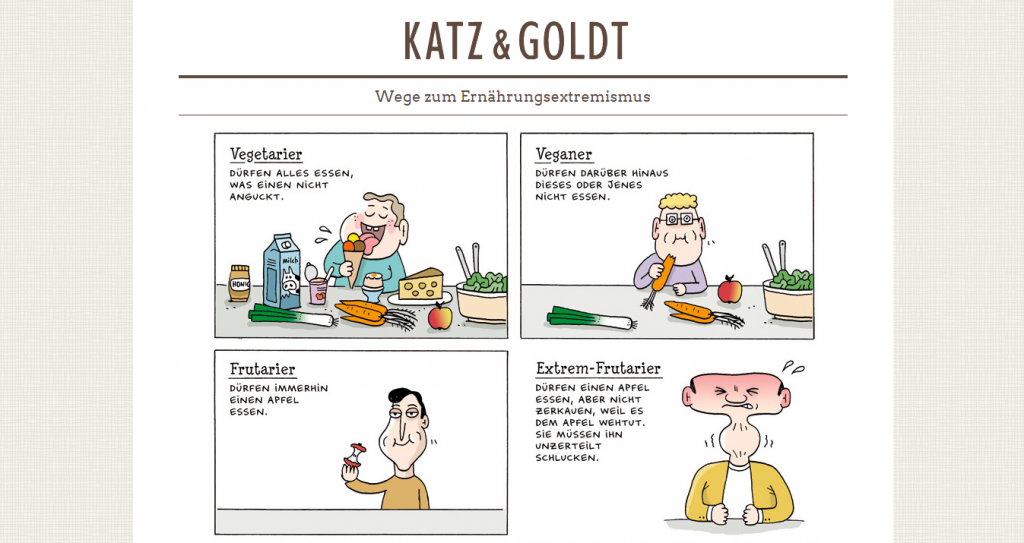 Katz & Gold is an artist duo founded in 1996, consisting of illustrator Stephan Katz and writer Max Goldt. Their comics appear regularly in German satire magazine Titanic and Die Zeit. On their site katzundgoldt.de you can find selected works and hilarious t-shirts. 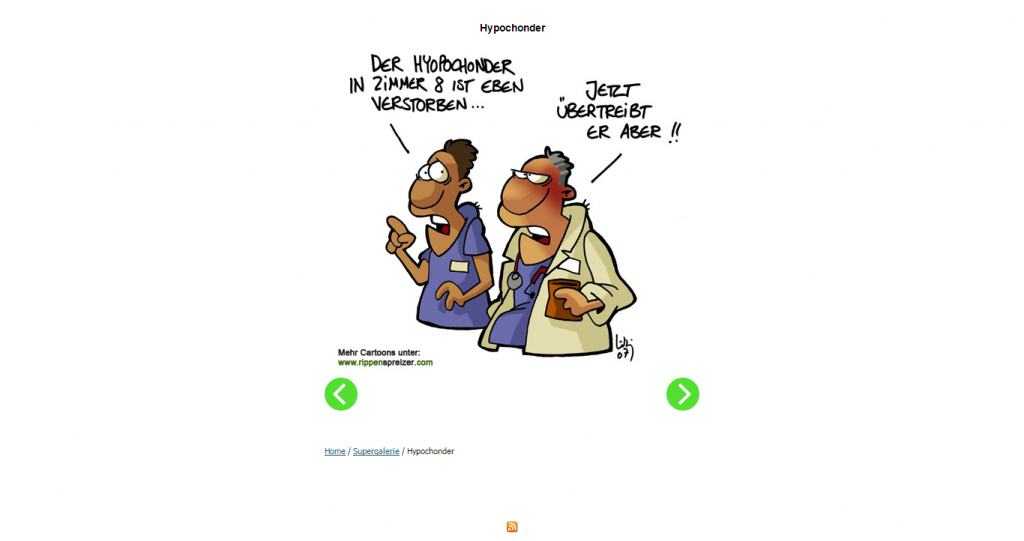 On medi-learn.de you can find many comics about medicine, rescue service, fire fighters and other topics. These comics may be especially interesting for medicine students, but many of them are still understandable without much precursory knowledge.

Am Rande der Gesellschaft (at the edge of society) is a comic by Elias Hauck and Dominik Bauer whose works regularly appear in the Frankfurter Allgemeinen Sonntagszeitung, Titanic and on Spiegel Online. On hauckundbauer.blogspot.de you can find their latest comic strips.

Beetlebum is a webcomic about science fiction, gaming, internet culture and daily life. It’s the brainchild of Johannes Kretzschmar, a PhD student in the research field of artificial intelligence.

Groobert’s Comicversum is a very unique webcomic by Robert Mühlich which is about nothing more and and nothing less than the story of our universe, from the beginning until the bitter end.

Dramatized Deception is an autobiographical comic by Nick Noah, filled with true and fictitious moments from the author’s life, and sometimes just silly puns or parodies.

On webcomic-verzeichnis.de (webcomic directory) you can find an exhaustive list of German webcomics. They even have an RSS feed so that you can plug a never-ending stream of German comic goodness straight into your brain.

Another great site for German comics is mycomics.de. There you can find tons of free comics uploaded by community members. They differ in style and quality, but it’s definitely worth exploring.

Last but not least, the Goethe Institut has a great site about German comics where you can learn about the history of the German comic, classic and contemporary artists and much more.

Also, did you know that Amazon has tons of German comics available for free? Check out this link.