We’ve already talked about using German comics to make learning the language more fun and accessible. Today, I’d like to share a few German graphic novels with you. And in case you’re wondering what the difference is: graphic novels are generally much longer than single comic issues and deal with more complex topics, usually over the course of one or two books, whereas a comic tends to sprawl over a complete series.

Having said that, let’s look at a few German graphic novels:

Jonas is a dreamer. Spending the holidays in the countryside with his grandmother he discovers a strange picture on the attic which turns out to be a portal to a different reality, the Wormworld.

Created by German artist Daniel Lieske, the Wormworld Saga is a crowd-funded project which can be read online for free in multiple languages, which is just perfect for German learners, since you can have the German version open on one screen or device, and the English (or French, Spanish, etc.) version on another one.

Maybe you’ve toyed with reading Kafka’s Metamorphosis in the original German version but shied away from it due to the language. Don’t despair! Now you can start gaining access to this classic piece of German literature by reading the graphic novel, panel by panel.

Created by Eric Corbeyran and Richard Horne, this graphic novel is a very faithful adaptation of the original German text and the drawings tastefully and innovatively create the right atmosphere. It was published in 2010 by Knesebeck.

This graphic novel (“We can still be friends …”) by German artist Mawil is a humorous portrait of early relationships and life in an East-German “Plattenblausiedlung” (prefab housing project) and was published by Reprodukt. 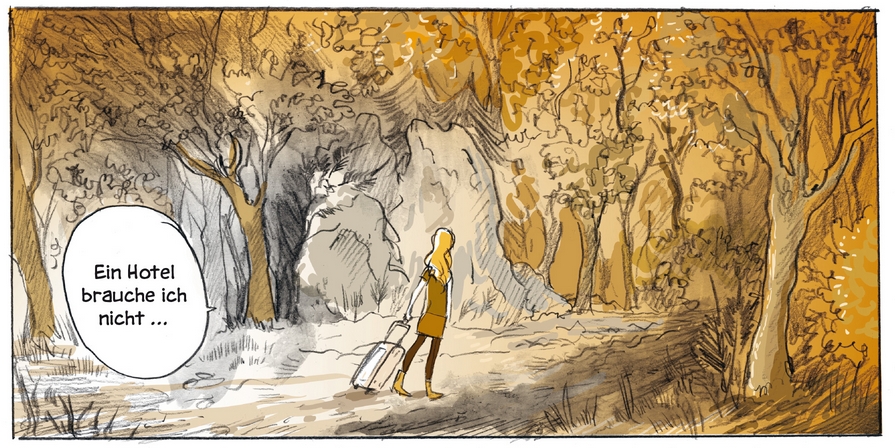 German ex-pat Antoinette lives and works in Los Angeles as a Creative Director of an advertising agency, and although she has sworn never to return to Germany she still finds herself staring at her little home village through a web-cam. Eventually she has to return and relive the painful experiences that prompted her to leave her birthplace in the first place.

When snack-bar owner Peter, author Martha and her lover Florian are shot at the same time, they find themselves on a strange journey through a bureaucratic Beyond where they struggle to make ends meet and perhaps find their way into paradise after all.

The artist Katharina Greve was born in Hamburg and this graphic novel was published by the Egmont group as well.

This atmospheric and meticulously researched graphic novel by Jörg Ulbert (text) and Jörg Mailliet (drawings) takes place in Cold War Berlin, 1981, where a terrorist and a policeman are playing a dangerous cat and mouse game.

First published in France by “Des ronds dans l’O” in 2014, the German edition was published in April 2015 by the Berlin Story Verlag. 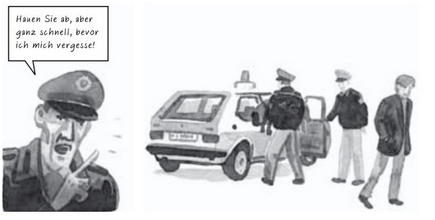 Based on the novel by Sven Regener with the same title, which has also been turned into a critically acclaimed film, Herr Lehmann portrays life in West Berlin, shortly before the wall came down. The rough and charming little world around the protagonist Frank Lehmann is full of funny bar encounters and strange characters that couldn’t have existed anywhere else.

Drawn by Tim Dinter, this German graphic novel was published by the Eichborn Verlag in 2014. 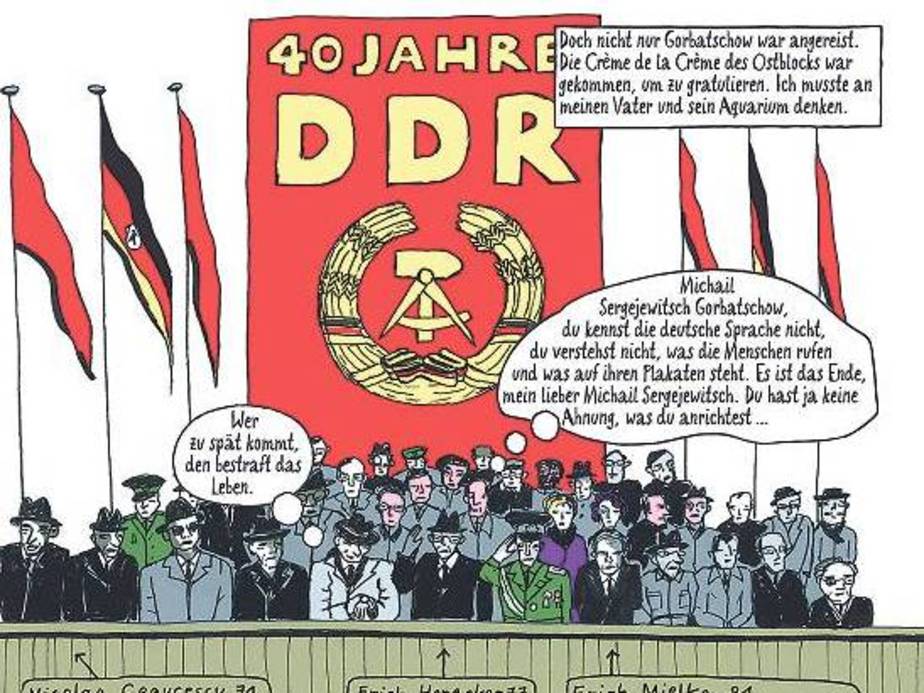 When foreign correspondent Tom Sandmann is sent to Berlin to report on the riots, accompanied by bad dreams and a horrible toothache, he witnesses the downfall of the “German Democratic Republic”

“Treibsand” (quick sand) was written by Alexander Lahl and Max Mönch, drawn by Kitty Kahana and published by Metrolit in 2014.