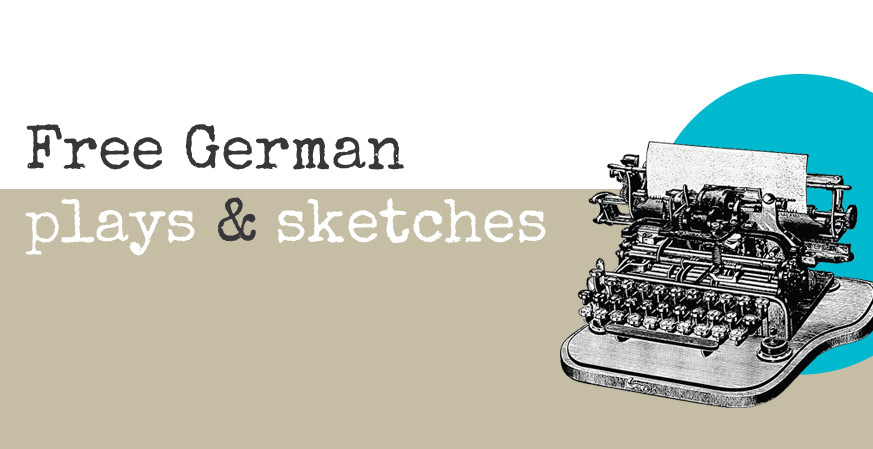 After having released my first book of easy German dialogues last year, I’ve been thinking a lot about the immediacy of the spoken word, and how this more direct way of storytelling can be helpful for language learners.

There’s something about the back-and-forth of two (or more) people speaking that just pulls you right into the natural flow of language. You don’t need to parse elaborate narrative descriptions and inner monologue just to figure out what’s happening. It’s much more immediate in that sense, especially if you’re looking to improve your active (spoken) German fluency.

Therefore, today I’d like to share some resources online where you can find tons of German plays and sketches to continue learning with dialogues.

First off, I’d like to point you to the Reinehr-Verlag from Mühltal, a small publisher founded by dramatist Wilfried Reinehr. On their website reinehr-verlag.de you can find the full first act of many plays by Reinehr (and others) in PDF.

These are “just” the first acts obviously, so the narrative arcs won’t be complete by the end of your read-through, but since each document is about 20-30 pages long you’ll find ample opportunity to learn new words, idioms, and just enjoy the intricacies of German dialogue.

Note: They also have plays in Mundart, i.e. in dialects such as Swabian, Bavarian, Platt etc. which may be interesting for those of you curious about the wide range of German dialects, but for average readers I’d advise to stick to the plays in Hochdeutsch (standard German). 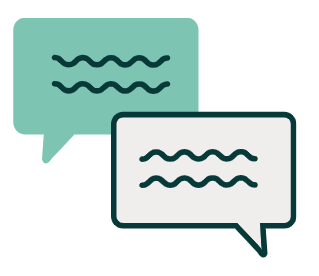 Secondly, for those of you looking for something shorter, I’d like to point you to Groll und Schmoll (“grudge and pout”), the project of dramatist Peter Futterschneider. They publish comedies, fairytales, sketches and more.

If you visit grollundschmoll.de you’ll find 26 full-length sketches in German. In Bayer-Frühstück for example a husband, wife and their daughter are discussing the benefits of natural nutrition while ingesting a whole smorgasbord of colorful pharmaceuticals.

Many of these sketches are just a few pages long, and use simple conversational German so you can easily work through them with your tutor or by yourself in one or two sessions.

Similar sketches can be found on jabberworks.de, the website of Bernd Walf. In this one for example three pensioners aren’t quite sure about the exact date of Easter and try to apply a Gaussian formula which may or may not make the determination process easier.

Bring on The Classics

Last but not least, if you’re looking for something more challenging, you can find many classic German plays, such as Goethe’s Faust or Georg Büchner’s Woyzeck on Project Gutenberg. These literary works are all in the public domain since their copyrights have expired and you can read them online or in various ebook formats.

While it may seem daunting to read these classics in the original, not all of them are impossibly difficult. Don’t believe me? Take the play Von morgens bis mitternachts (“from morning to midnight”) by Georg Kaiser from 1912 for example.

From Morning to Midnight

It’s a story about a bank cashier who falls in love with a woman, steals money from his bank for her, is still rejected by her, then tries (unsuccessfully) to find fulfilment with the stolen money, but is eventually betrayed.

If you look at the script on Project Gutenberg you may actually be surprised to find that the dialogues are short and sweet, some lines just a few words long.

In 1920 this play was adapted into a silent expressionist film which now is also on YouTube (version has Spanish subs but maintains the original German title cards). This film adaptation pared down the original script even further, so that there are just a few lines here and there, perfect for a relaxed study session. (You can find an alternate version with English translation here)

Another classic play I’d like to recommend is Draußen vor der Tür (The Man Outside) by Wolfgang Borchert. I’ve already recommended Borchert for German learners due to his brevity here. This famous play explores the hopelessness of a post-war soldier, Beckmann, who returns from Russia to find that he has lost his wife, his home, and his illusions. You can find the full text here. On YouTube there are multiple audiobook versions of this classic:

These works are not (yet) in the public domain but you can find them for a moderate sum wherever you buy your books.

If you can find a copy there’s an excellent bilingual edition of Die Physiker released in in 1965. There’s also a 1964 film adaptation of the same play on YouTube which follows the original play very closely:

Which German plays have you read? Let me know below!