Demonstrate This! – Demonstrative Pronouns in German – A Brief Overview 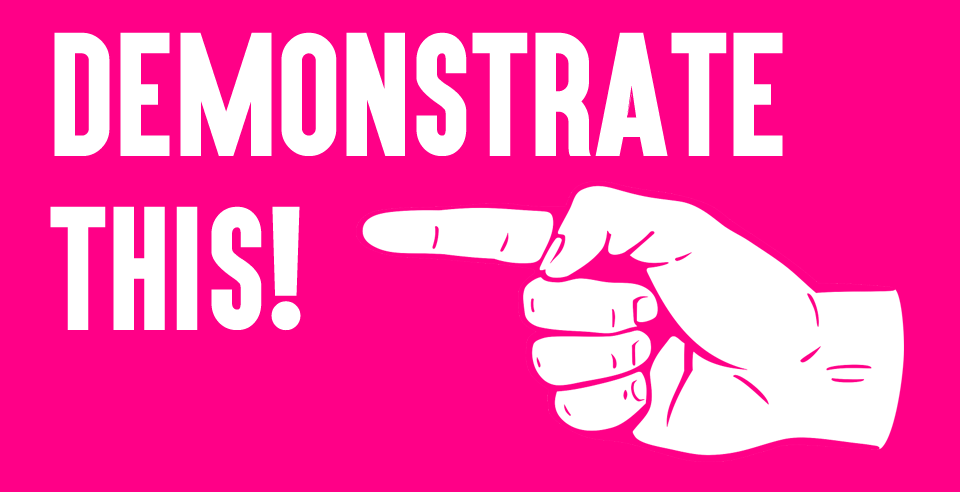 This is another instalment in my grammar series where I try to answer some of the questions posed by readers of my newsletter and (hopefully) shed some light on certain bewildering grammar topics, always with a practical focus on how people actually speak. Here’s today’s question, by Myron:

“Would you explain all that which is “Demonstrative” in German grammar, and especially, the use of “dies” as opposed to the likes of “dieser, diese, dieses” and so on.”

What are Demonstrative Pronouns?

In English the demonstrative pronouns are this, these, that, those. The first two “demonstrate” things which are closer to the speaker, the latter two those which are farther away.

⚠ While this is strictly speaking the correct usage in German, most speakers will just use dies(er/e/es) regardless of distance, since jen(er/e/es) sounds somewhat stilted.

So, it’s actually pretty straightforward. The real complexity comes due to the different endings (declensions). Let’s have a look at the full gamut:

If you’re already familiar with basic declension endings in German, then this shouldn’t seem too difficult. These endings for demonstrative pronouns are exactly the same as when using personal pronouns, i.e. der/die/das.

The other forms jen(er/e/es), while somewhat rare in colloquial use, follow the exact same pattern. I’m listing them here for completeness’ sake:

This variety is often used to prevent repetition of a noun or to emphasize it. These emphasized pronouns are often seen in position 1. Here are some examples.

As you can see there are some deviations from the regular personal pronouns here (marked in orange) specifically in Genitiv and Dativ (plural). Here are some examples.

These forms are highly prevalent in colloquial use. And yes, they are a bit tricky to learn and you don’t have to use them yourself, at least in the beginning, but it’s certainly helpful to understand the patterns early on.

Another thing that may be confusing for native English speakers is the difference between “dies” and “das” which can strictly speaking both be used where an English speaker would use “that”.

I say “strictly speaking”, because in most cases using “dies” sounds awkwardly stilted.

⚠ As a general rule of thumb, whenever you find yourself wondering whether to use dies (without ending) or das, just pick das.

Here are some good exercises to practice the most common forms of demonstrative pronouns from Toms Deutschseite , one of my favorite worksheet resources:

in German,Grammar
« Learning Languages With Netflix Has Just Become So Much Easier
New: Dino lernt Deutsch Episode 11: “Lockdown in Liechtenstein” »