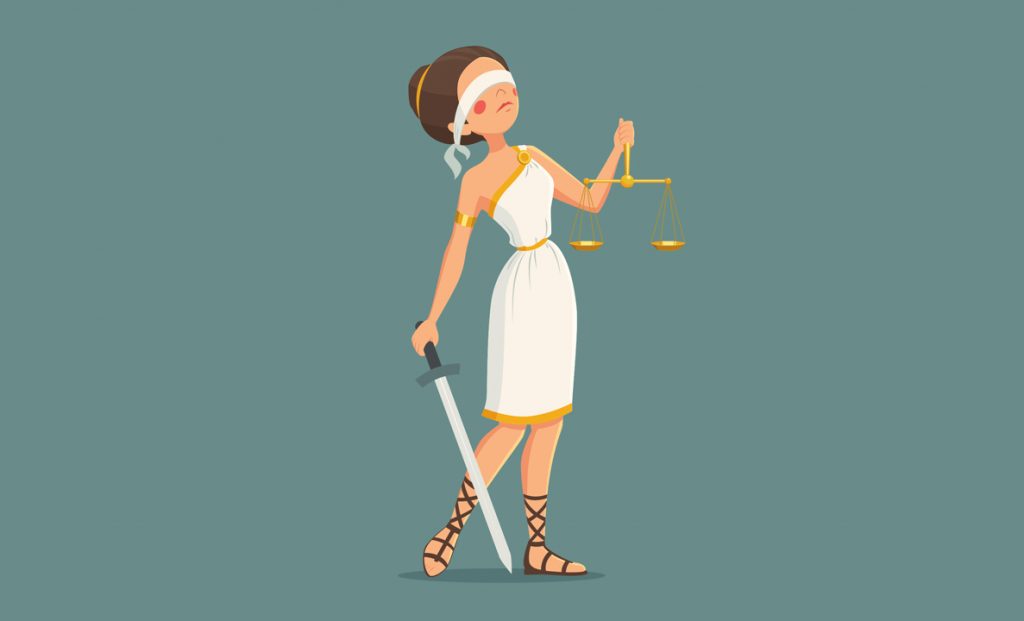 Germany is well-known for being a country with a million different laws, rules and regulations about everything from signing forms to building houses. There are many blogs and news-outlets online that talk about any number of “crazy German laws”, some of which are either outdated or simply wrong. Today, I’ve looked into a few of those and tried to weed out truth from fiction. Ready? Here we go! 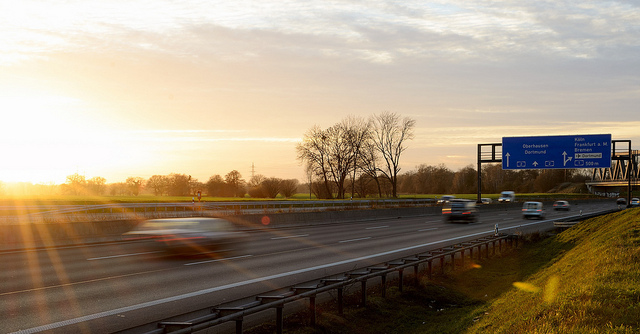 image by Dirk Vorderstraße via Flickr/CC

1. It’s illegal to run out of fuel on the Autobahn

TRUE. As a motorist in Germany you have to observe a gamut of laws. One of your obligations as a driver is to make sure to always fill up the tank on time. Especially when driving on the Autobahn, Germany’s world-famous speed-limit free highway-system, this can become a problem because it’s forbidden to stop. Yes, that’s right, if you pull over you better have a good reason for it! Running out of fuel doesn’t count, in fact it’s considered personal negligence and can get you a nice fine or even a point in Flensburg, which hosts the nationwide database of traffic violators, sometimes also called Verkehrssünderkartei (“traffic sinner card file”). 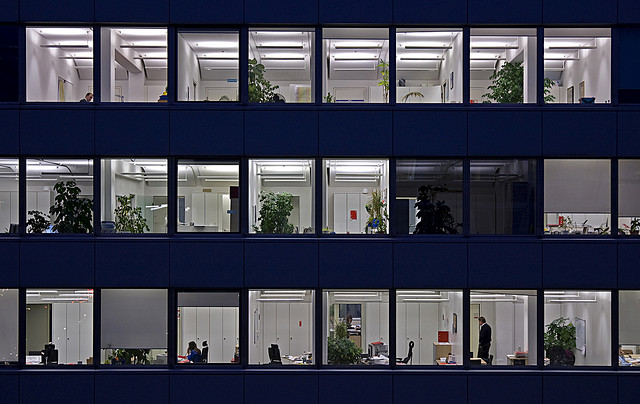 image by digital cat via Flickr/CC

2. It’s forbidden to work in an office without window

FALSE! You don’t have a right to an office with window in Germany. Many blogs and English resources wrongly report that there’s a law which says that “it’s illegal to work in an office without windows” while the actual law only states that offices have to be at moderate temperatures and sufficiently aired, which may also be accomplished by airconditioning. 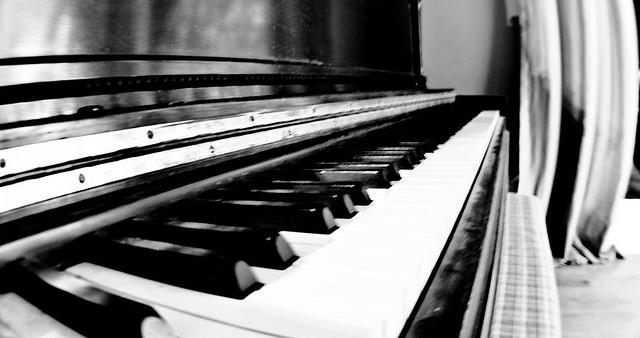 image by Austin Connell via Flickr/CC

3. It’s forbidden to tune the piano at midnight

TRUE. Germans love their silence, even if it needs to be upheld by a battery of laws, rules and regulations. For example, the Federal High Court of Justice has ruled that making music or practicing your instrument in rental apartments is only allowed between 8:00-12:00 and 14:00-20:00. So, when inspiration strikes, make sure to consult the clock first! But even while considering these timeframes, the total length of playing time is limited, depending on the instrument, for example piano players get up to two hours per day, whereas drummers have to limit themselves to 45 minutes in summer and 90 minutes in winter. 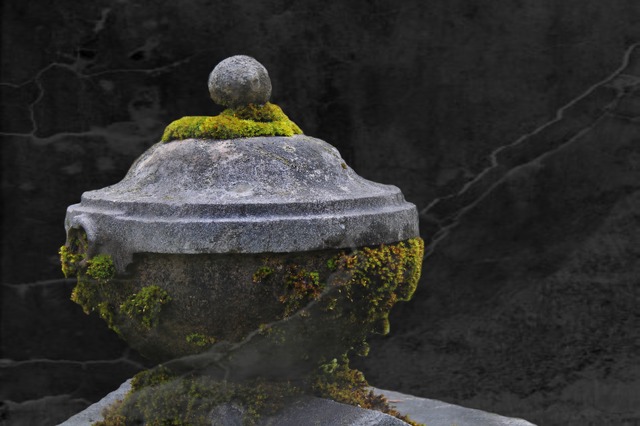 TRUE. The German law of Friedhofszwang (“cemetary compulsion”) demands that any mortal remains have to be deposited in a designated space, i.e. either on a cemetery or as part of an official burial at sea. Originally conceived for hygienic reasons this law therefore forbids the safekeeping of urns at home, although in some parts of Germany this law is slowly being eased, for example in Bremen where since the 1st of January, 2015 it is now allowed to scatter about the ashes of loved ones on private property, provided that no winds are present which might carry the remains onto the balconies and flowerbeds of neighbors. 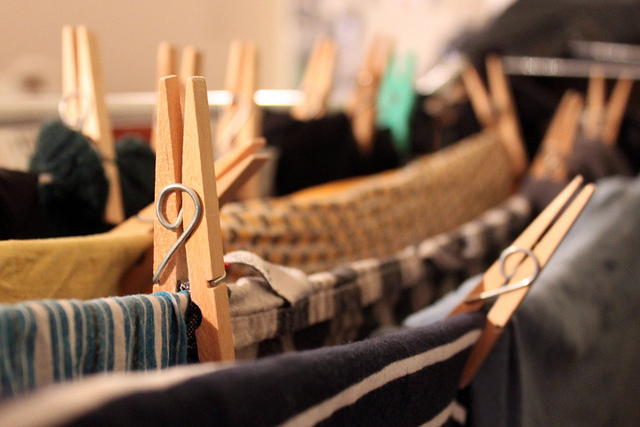 image by Judith Doyle via Flickr/CC

5. It’s illegal to hang the laundry on Sunday

FALSE! There’s a myth floating around on the Internet that there’s a German law which forbids the hanging of laundry on Sundays. There may be individual rental contracts or house rules which include this regulation, but there is in fact no national German law about this. Of course it could still happen, especially in particularly religious areas, that some people might object to this display of “mundane work” on the “Lord’s day”, but as long as your contract or the house rules don’t mention it, hang away! 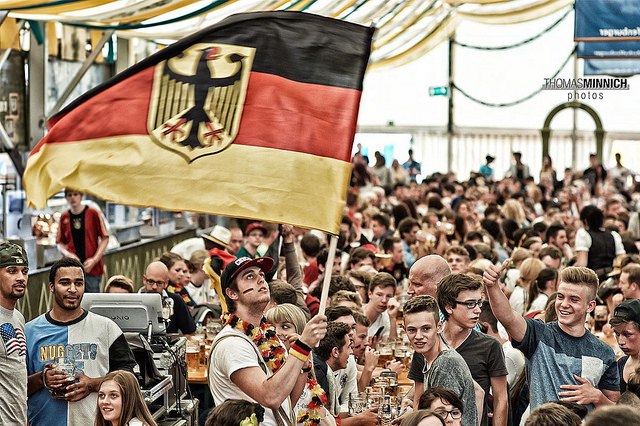 image by Thomas M via Flickr/CC

6. It’s illegal to sing the first verse of the German national anthem

FALSE. The Lied der Deutschen (song of the Germans) has been the national anthem since 1922. Under the rule of the Nazis, only the first verse was used which begins with “Germany, Germany above everything”. At the end of World War II this song was temporarily banned by the Allies for obvious reasons. In modern Germany, there is in fact no law against singing this verse, but whoever does belt it out in public will usually be disdained for the flirting with Third Reich ideologies. 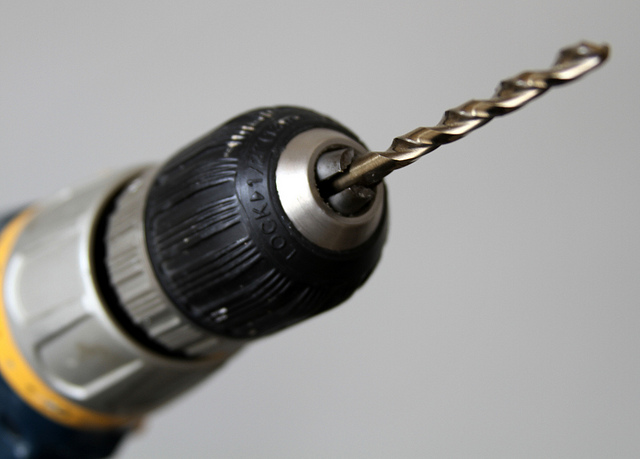 FALSE! Contrary to popular opinion there is no (unified) national law regulating the Mittagsruhe (quiet-time around lunch). While there have been some rules and regulations in the past in certain federal states, they have mostly been lifted. Careful though! Similar to the laundry issue above, this matter may still be part of a rental contract or house rules. Also, there are still several general rules around “Lärmschutz” (noise control) but these are mostly limited to Sundays between 13:00-15:00. 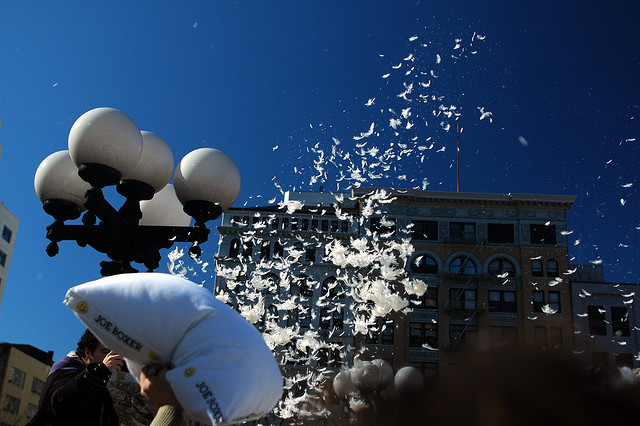 image by Gene Han via Flickr/CC

8. A pillow is considered a “passive weapon”

UNCLEAR. According to many blogs and forums in Germany a pillow can be considered a “passive weapon”, i.e. a weapon used in defense against another individual and/or weapon. I’ve tried finding proof for this, but have come up empty so far. Curiously, there seems to be one case where a man in Cologne lost a tooth in a pillowfight and tried to sue but failed. If anyone knows more about the legal situation of pillowfighting in Germany, please post it in the comments below, preferably with a direct quote from the legal text. 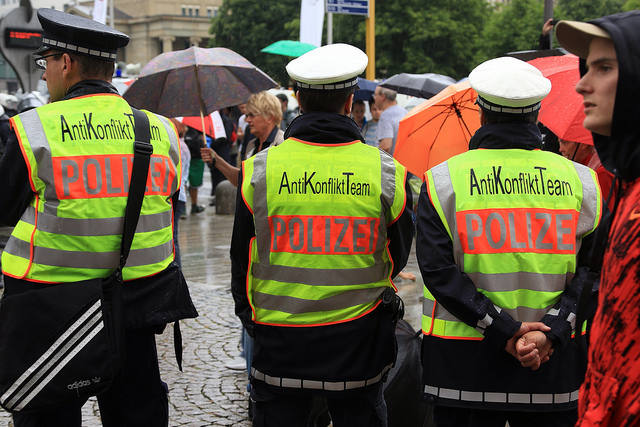 image by Metropolico.org via Flickr/CC

9. Saying “Du” to a Policeman will cost you

TRUE. As if it weren’t difficult enough for German learners to discern the social minutiae of when to say “Du” or “Sie”, addressing a policeman in 2nd person singular can be cause for a fine of up to 600 euros. Furthermore, there’s a whole list of swear-words and their corresponding fines, based on previous offenses. For example, a “Depp!”, “Blöde Kuh!” or “Idiot!” will cost in between 15-30 daily rates, i.e. the fine depends on your income, so the more you earn the more you pay. Thus sticking out your tongue can quickly cost you about 150 euros, whereas flipping the bird soon gets you up to 4000. 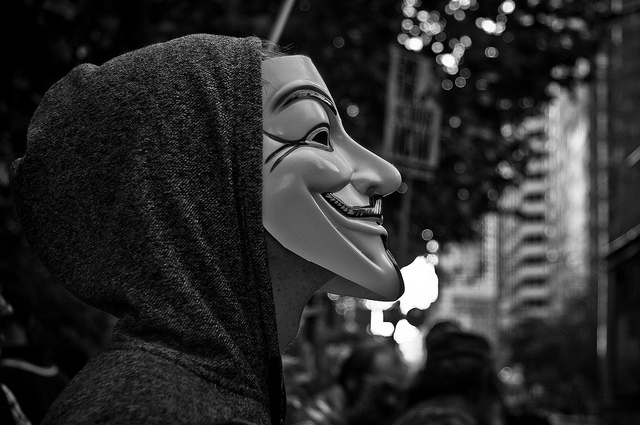 image by Glenn Halog via Flickr/CC

FALSE! It’s not generally forbidden to wear masks in public, a good example being the Carnival. There is however a Vermummungsverbot which forbids participants of marches and rallies to cover up their face in order to obscure their identity, punishable with a fine or jail-time to up to one year. In reality it’s not always that easy to enforce this law however, since it’s often disputable what exactly constitutes a full face cover, and the criminal prosecution of this offense can often be very lengthy and costly.