9 Things You Should Know About Cologne’s Carnival

1. In Cologne, Silliness Is Serious Business 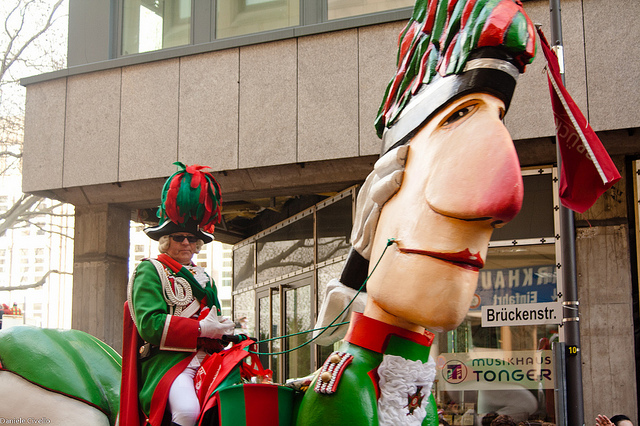 At the end of February, from Thursday* until Ash Wednesday, the city of Cologne is in an exceptional state. Carnival (in German Karneval) has been celebrated in Cologne since medieval times and is so famous that it’s often even called the Fifth Season. There are many German cities which celebrate carnival to varying degrees of intensity, but in Cologne, Carnival is serious business! Any normal activity stops during these days and is replaced by dancing, laughing, singing and serious drinking.

*While the hot phase starts only on Thursday, officially the Fifth Season is already declared on the 11th of November at 11:11.

2. The participants of the Carnival are called “Jecken” 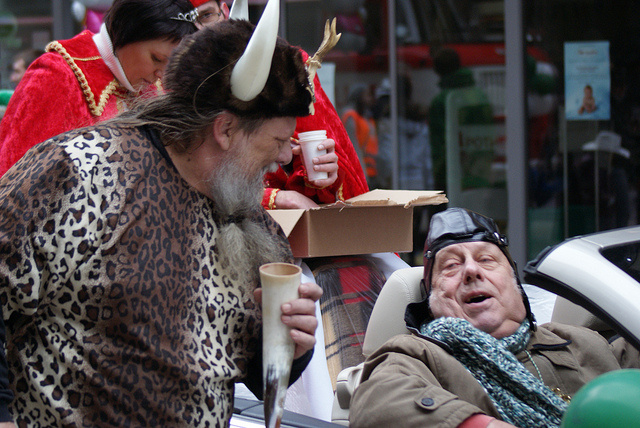 A Jeck is any person that participates in the Carnival. The j is pronounced like the y in the English word yam. Contrary to members of offical Carnival Clubs (Karnevalsverein) who are called Karnevalisten, anyone can be a Jeck. 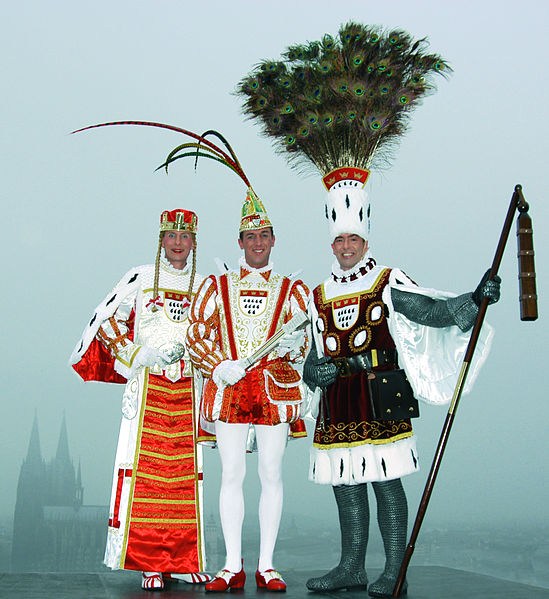 During the carnival season, three symbolical rulers are elected. Together they are called the Trifolium (or Dreigestirn) which consists of the character of the Prince, the Peasant and the Virgin. The Prince is the prince of the carnival itself, the Peasant represents the wealth and the defensive strength of the city of Cologne, whereas the Virgin symbolizes the virtue and beauty of the city. And yes, the Virgin is always a man.

4. In Cologne the call of the carnival is “Alaaf”, not “Helau” 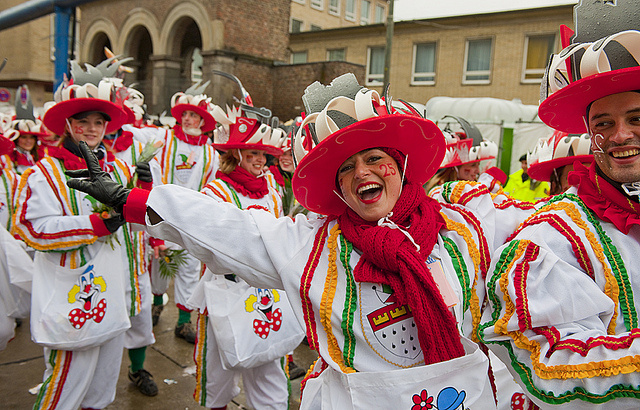 The call of Carnival is called Narrenruf (literally jester’s call). Each city that celebrates the Carnival in Germany and Switzerland has their own call. Also, each city (where carnival is taken seriously) is convinced of the superiority of their own carnival compared to the others, so if you want to join the fray, make sure to get the right call for the right city. For example, they shout Hellau in Mainz, while in Cologne it’s always and only: Alaaf! 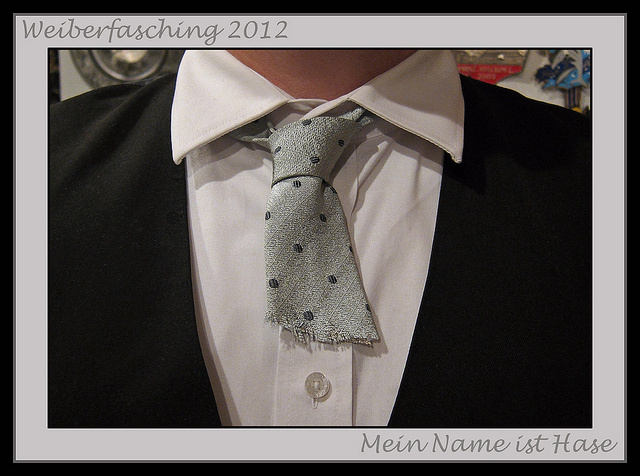 On Weiberfastnacht (literally women’s carnival), (also known as Fat Thursday), it is customary for women to cut off the tie of any man they see. This custom dates back to a revolt by washer women in the year 1824. Everyone traveling in or through Cologne at this day wearing a tie is bound to wear only a stump by the end of the day. The practice, which on other days would be considered damage of property, is actually sanctified by local law for 24 hours.

6. Kiss or Be Kissed 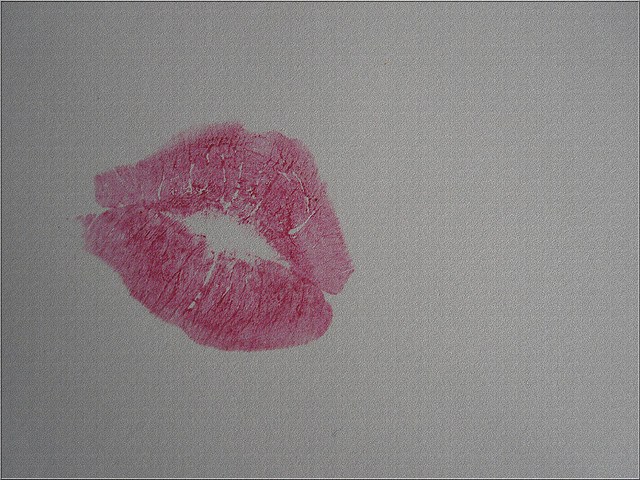 Another carnival custom of Weiberfastnacht is the so called Bützchen, a kiss on the cheek dealt out by women to any man they meet. This should not be mistaken as a declaration of passion or any other carnal *cough* desires, but simply as a sign of carnivalistic camaraderie and joy. I’ve heard stories of men who have turned their head during a Bützchen, trying to receive a kiss on the lips, but they have been known to only get a slap in the face instead. 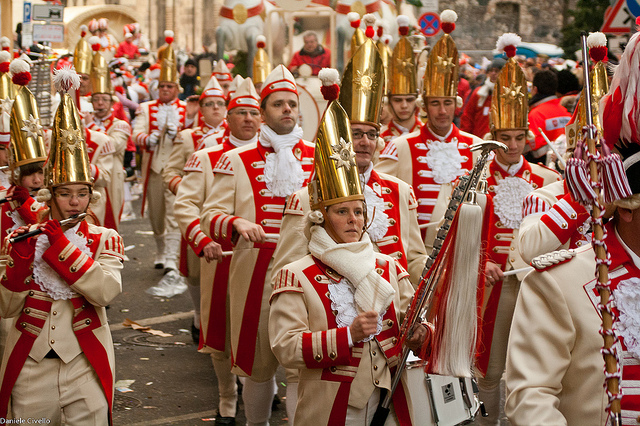 Traditionally held since 1823, the “Zoch” (Cologne dialect for Zug: train, procession, parade) is the oldest and biggest carnival parade in Germany, comprised of marchers, bands, horses, dancers and floats. The Rosenmontagszug, which takes place on Rose Monday (as the name says), is more than six kilometers long and attended by hundred-thousands of people. 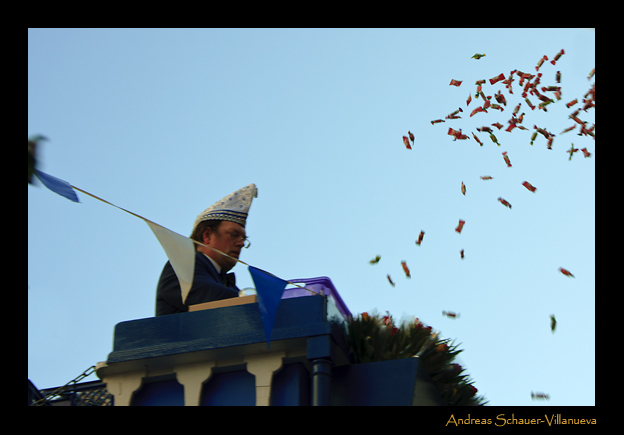 During the Rosenmontagszug, every year 300 tons of Kamelle are thrown to the delight of children and other sugar-fiends. Kamelle can be anything from candy, paper flowers to animals, but mostly it’s just glorious glucose in all shapes and forms. Serious Jecken have developed various strategies to catch as much flying candy as they can, using anything from their bare hands to umbrellas: 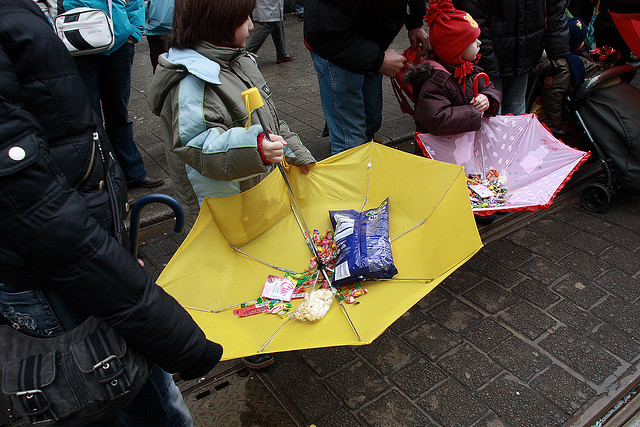 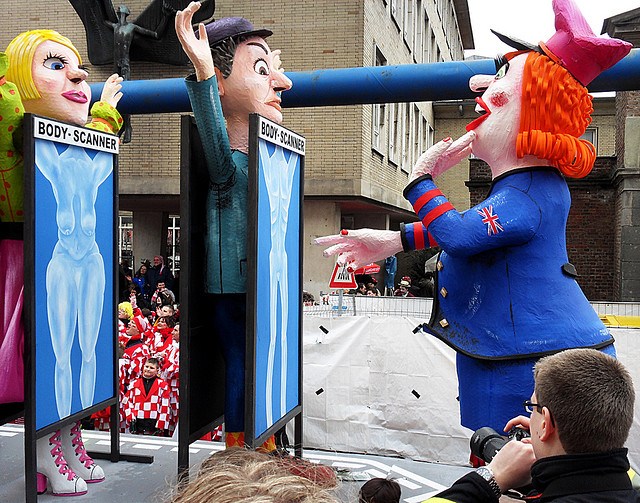 Part of the Rosenmontagszug are not just the traditional marching bands, horses and dancers but also giant floats, often showing recent events in a satirical light or poking fun at politicians. 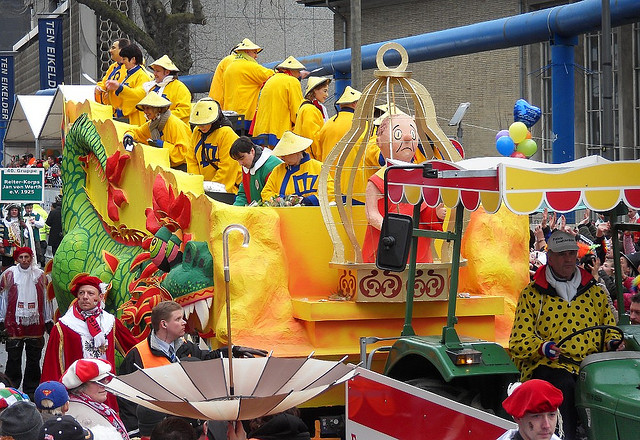