Why Creative Berlin Is An Inspiration To Artists: From 1970s To NOW! 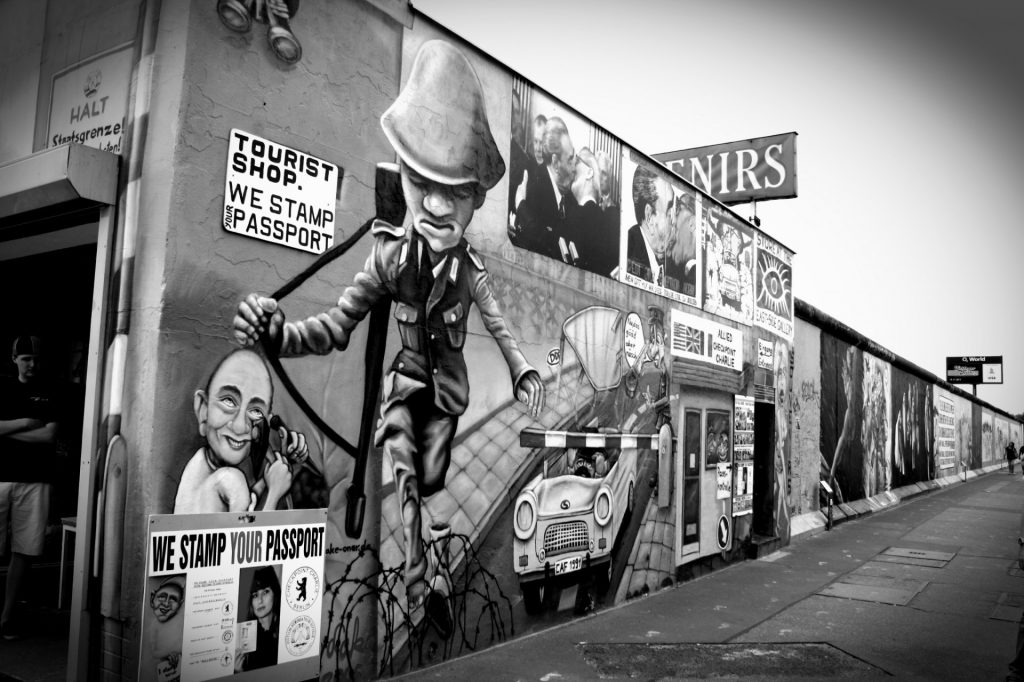 Germany has a long and exceptional artistic history – from Goethe to the Bauhaus movement and far beyond – it’s inspired both Germans and countless artists around the world.

Berlin is one of Germany’s most inspirational cities for artists, and not without good reason. Below I’ve explained why Berlin is such an inspiration, covering the city from the 1970s until the present day.

During the 1960s and 70s, West Berlin’s leftist protesters were frequently involved in violent clashes with the allied forces occupying the city and Soviet soldiers, most powerfully demonstrated by the 68er-Bewegung German student movement.

This anti-establishment vibe helped to inspire a generation of artists to pick up spray cans and synthesizers.

Neue Deutsche Welle drew on elements of the post-punk and new wave from the UK, along with the metallic tinges of the inventors of electronic music, Düsseldorf’s legendary Kraftwerk. While this was happening, graffiti artists began using stencils and spray cans to decorate Berlin’s walls with protest slogans and edgy murals.

As this spirit of protest informed both the street art and music of Berlin, a punk subculture sprouted. This inspired artists and musicians inside and outside the city, with Iggy Pop and Nick Cave among those to visit Berlin.

As the 70’s bled into the 80’s, Berlin’s young artists and punks were using the city’s energy to start a subcultural revolution. In 1981 a concert was held in Berlin’s Tempodrom that world inspires the city’s artists for a generation.

Geniale Dilletanten gave birth to a DIY culture that saw Berlin inspiring artists to prize expression over perfection, with the spirit becoming a more valuable currency than technique.

As Deutschpunk bands like Die Ärzte, PVC, and Beton Combo, put this DIY spirit into practice, painters such as Bernd Zimmer, Rainer Fetting, Salomé, and Helmut Middendorf flocked to Berlin to create “bad art.” This Berlin inspired movement gained its name for its extreme, cathartic, and brusque style.

As punk and bad art created a sense of freedom, Berlin began to inspire a new age of artists with a movement that would define its art for two generations.

East and West Berlin artists came together, with the newfound freedom experienced by the Easterner’s bringing a new energy to the city.

Inspired by the energy of the 1980s, Berlin saw a wave of artists taking residence in the East side of the city’s empty buildings (abandoned by Easterners who had left for Austria, Hungary, Prague, and West Germany) and turning them into creative hubs.

The most famous of these hubs was Kunsthaus Tacheles. An enormous (9,000 m2) art centre, Kunsthaus Tacheles was turned into a centre of art by curator Jochen Sandig in 1990. Among the many artists to exhibit their work at the centre were Mark Divo, Lennie Lee, and the Mutoid Waste Company.

Kunsthaus Tacheles closed in 2012 and with it ended a two decades long community of carefree, political, esoteric, and artists.

While Berlin may have lost its squat scene the city’s art hasn’t suffered. Today there are many wonderful artists who continue to be inspired by the freedom, rebelliousness, and curiosity of the city.

Tape That is a collective of artists based in Berlin whose work is made solely from adhesive tapes.

The work of the artists draws inspiration from the urban art movement and the variety of art they create range from American minimalism inspired black and white, all the way up to vibrant and colourful video installations.

The art created by Tape That has been so inspirational that it has led to the group holding international workshops, in cooperation with the German foreign ministry or Goethe-Institut.

Founded in Berlin’s creative hub, Café Moskau, Holy Shit Shopping brings together hundreds of gifted artists and designers, giving them all a platform to make a living from their creative talents.

Holy Shit Shopping became Germany’s biggest physical art and design market before launching an online shop in 2017. The online shop has been such a success that it is now used as an example of great German businesses using the increasingly popular and artist-approved CMS Shopify.

Nasheeka Nedsreal hails from Louisiana, USA, and she is one of the most gifted performance artists inspired by Germany’s capital.

It’s not by accident that Berlin is one of the coolest cities on the planet. It has a long and exceptional history of inspiring artists from around the globe, making it one of Germany’s creative treasures.–You‘ve been reading a guest post by Kayleigh Alexandra

Kayleigh Alexandra is a content writer for Micro Startups — a site dedicated to giving through growth hacking. Visit the blog for articles featuring startups, entrepreneurs, charity insights, content, and artistic topics. Follow us on Twitter @getmicrostarted.