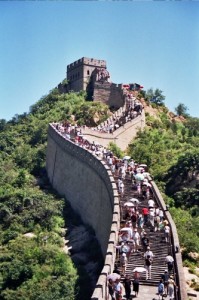 Sun Tzu was a general in ancient China, known almost exclusively for writing the book known in the English language as “Sun Tzu’s The Art of War.” This book has been exhaustively studied by great generals of Chinese, Japanese, and in more modern times, European and American fame. Today, the book is studied to some degree by business and political leaders around the world.

Why? What’s the big deal? Why all the fuss?

Most modern motivational speakers are focused, to the point of obsession, with a single idea: that thinking positively creates success in and of itself. Now, let’s be realistic: positive thinking certainly doesn’t hurt, but the universe does not realign itself to make you successful just because you imagine yourself succeeding. This is a seductive fantasy that creates one thing, and one thing only, with absolute certainty: money for the motivational speakers.

Sun Tzu is, first and foremost, real. That is, his writings concern how to succeed in reality. His teachings are all about improving your own reality through making better decisions: smarter, more decisive decisions that are practical, useful, and effective.

Sun Tzu was a masterful general whose expertise, born from necessity, was gaining victory in spite of numerical inferiority. Thus, while his men were less numerous than those of his opponent, Sun Tzu did not recoil; he simply found ways to divide his opponent. A divided opponent, though numerically superior on paper, is numerically inferior at any particular point if his forces are divided, and yours are not.

Second, Sun Tzu succeeded in the real world. His book did not become famous because of the beauty of his words or the quality of his writing, though he is well regarded among ancient writers for these things; he was studied because he wrote about practical solutions to real problems. These problems mainly concern:

There is, however, one problem.

Most people cannot read Sun Tzu’s book with any success.

We are not ancient Chinese generals. Few people attempting to read The Art of War are generals at all; however, generals have usually benefited more from Sun Tzu’s writings, purely because they relate to the material better. This allows them to overcome, to a greater degree, the modern English reader’s #1 problem: 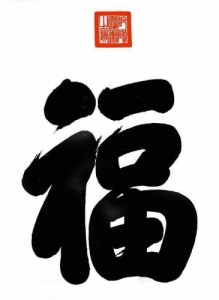 Problem #1: The translation is clunky.

The first “good” English translation of The Art of War was by Lionel Giles in 1910. Thus, the translation was in 1910 English with a British tilt. This alone would create issues for people, but more importantly, Lionel Giles was not a great general himself; his expertise was in words. We owe a deep debt to him for translating The Art of War into English from ancient Chinese, but Giles was not a novelist, either; his work is, well, clunky.

Part of this is simply the nature of translation. Another part is the way Sun Tzu (and most ancient Chinese authors) wrote: concisely, to the point of abruptness. Thus, in English, the content is provided without great explanation; context is lacking, though commentary attempts to provide some, but overall, the content just does not flow like one would expect.

Problem #2: The concepts are clear, but the words are not.

Once a person comes to understand Sun Tzu’s concepts, and the real-life areas they can be applied, these concepts seem gloriously clear and straightforward. Notwithstanding this, the words are not clear; they act as a thick jungle that must be hacked through with a machete to get to the deep, underlying wisdom specific to Sun Tzu.

After all, even though Sun Tzu was a Daoist, and The Art of War reflects some of Daoism’s core principles (such as taking the world as it is, not how we wish it to be; taking the path of least resistance, like water; and so forth), he was a practical man dealing with real problems, providing real principles for people to use to find their own solutions. This is not “Oriental wisdom” in some mystical abstract; this is the voice of experience with timeless insights into the nature of human beings in conflict with other human beings.

The Solution: Sun Tzu for the Modern Strategist

The word “strategy” originates from strategos, a word from ancient Greek originally used to mean general, but which was later applied to political leaders as well.

The “modern strategist” is someone who uses strategy – that is, a plan of action based on facts, not mere hopes and dreams – to achieve success in a particular goal. Goals are as varied as nations, organizations, or even individuals. Accomplishing these goals is not something that need rely solely on chance, such as the circumstances of one’s birth; success is something that can be learned. Of course, chance and circumstances play a role, but the point is to maximize one’s chances of success through one’s own efforts.

So, how does one do this? Sun Tzu provides a how-to guide, but how is it useful if it is so difficult to read?

That’s where I come in.

Sun Tzu for the Modern Strategist is a book I have written to bring Sun Tzu’s wisdom to the modern reader. This book uses plain language to express complex ideas, adding generous helpings of explanations, historical context, modern examples, and in general, connecting the dots to make Sun Tzu’s writings into a complete tour de force for the modern reader. With this book, you don’t need to force yourself to understand Sun Tzu: it’s right there in front of you.

Above all, this book represents my teaching philosophy: to explain that which is difficult, making it simpler to understand. I sincerely and deeply hope you will find this book, and the ideas behind it, to be useful, informative, and a powerful motivation to succeed in and of itself.

After all, Sun Tzu’s key lesson is that success, and victory, are within our grasp, not because we wish them to be so, but because human beings possess the capacity for creativity necessary to achieve them.