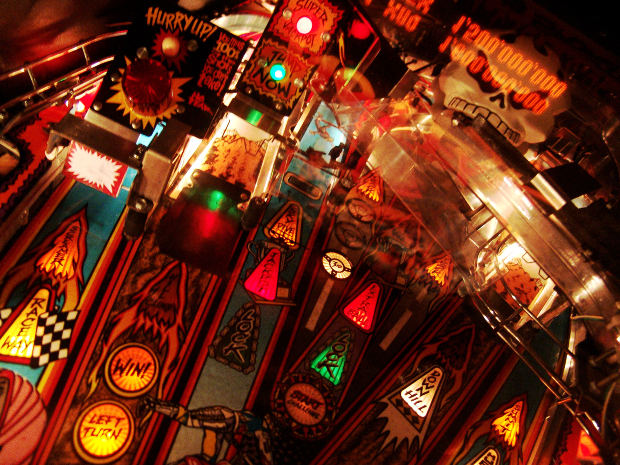 We have seen the Financial Crisis. We got bailed out into a hypothetical state of stability.

But how to bail out when social network relationships fail?

The more our relationships of networking and nurturing are being outsourced to the Net, the more people seem to be befallen by a completely new brand of anxiety: The Fear of the Social Crash.

Let’s have a look at the first one.

Chris Brogan explains it as follows:

Old days: I’d see you at a family event. We’d talk. I’d send a letter or call you some time after that. We’d not see each other for months.New days: I post something on Facebook or Twitter. You see it. I don’t say something directly TO you, but you remember that I’m still out there. You realize that it’s been a while since we talked directly.

In other words: The frequency of exposure has increased. But relationships have also become more indirect.

The way we relate in the digital world is characterized more by a relational field than a linear relationship. Brogan calls it “ambient connectivity” – Example: Although I might not be talking to you at the moment, there’s a lingering presence of you, almost as if you were appearing within my peripheral field of vision. I see your statuses. Read your posts. And I am aware of you, although we’re not talking directly.

If you are using Social Media a lot, you’ll know that this “ambient connectivity” goes with the territory and you might even have accepted it, already.

We are connected all the time, and yet only a fraction of it goes into direct communication. Compare the time you spend every day reading articles, “liking”, “re-tweeting” and posting statuses to the frequency you engage in more direct forms of interaction like commenting, chatting or VOIP (listed in increasing order of direct contact).

Our relationships are spreading out through the Internet like a thin fog of digitized human presence.

The Hyper-Connected are living in a social vacuum created by the abundance of their social connections.

Have we become ghosts?

The Dictate of (Social) Experience

For many people Social Networks like Facebook have replaced (or extended) the TV experience. Instead of zapping through channels, now we’re zapping through pictures of cats (“oh, cute!”), pictures of people’s food (“mmh, bacon.”) and pictures of parties we haven’t attended (“let me just add some tags here…”).

And slowly but surely a creeping sense of awareness takes hold in the binge Liker‘s mind:

The quality of the medial experience compared to random TV zapping has not increased.

Instead it has only become

These three examples of degeneration are not the fault of either the Internet or human relational capacity, but partly occur due to the following reasons:

1. Each and every Social Network dictates the way we interact. If you’re a serious user of any kind of platform, you’ll have had the experience when suddenly a feature got shut down that you relied on heavily for your daily usage. Or when you just wished that they would turn off this or that annoyance. No matter what you think and how many messages you scrawl onto virtual Wish Lists: You are at the mercy of the developers, which are at the mercy of the investors. All major Social Networks or Services are run as companies. If it’s a question of user interest vs. investor interest, guess who wins?

2. Social Networks are a means to an end. Not an end itself. Like a carrier-pigeon they are supposed to carry my message to my friend and back, etc. If they’re doing their job perfectly, I shouldn’t notice them at all. But the software/service can only step back in the same rate as the self-interest of a company allows. Yes, that means ads, walled in content and keeping the users on your site no matter what. And, although it has become very popular to rant against Facebook and praise Twitter in the same breath, it applies to both of them. The Dickbar and the crusades against 3rd party apps in favor of “consistent user experience” are just two examples.

Also check out this article to learn about annoying practices employed by Social Networks.

The Analogs vs The Digitals

Okay, I admit it. It has a certain cheesy Hollywood charme:

At the end of the world, militarily organized armies of digitally augmented human beings who have spread the Internet into each and every tiny crevice of the noosphere and tagged everything on Earth in endless mirrored databases are challenged by a growing group of analog “unbelievers” who are throwing home-made spears at tanks that look like iPods.

But there are three aspects in this crude show-down scene that are worth noting:

Bringing it even further down into present-day reflections, we can ask:

Will we reach a point where the majority of human beings will be registered in one or more centralized Social Networks or are we going to be defeated by more fundamental problems like water, food and immigration before this can happen?

How strong is our opposition to technology compared to our fascination with it?

Here’s a little anecdote from my personal life:

I remember a time when I was outspokenly opposed to texting which only gave way as the practice become more ubiquitous: I gave up telling people to “stop the silly thumbing, just call them up!” It didn’t make any sense to reject something which everyone was doing. So I shut up and even wrote a few texts myself during the years, although I always preferred voice-calling or email.

How strong is the conditioning factor technology has on us?

To pick up the point from the beginning of this article:

Will this “ambient connectivity”, as Brogan calls it, eventually be accepted by people as a standard practice of “relating”, will it peacefully co-exist with more traditional forms of socializing or will we indeed see a rising opposition, based on digitized alienation, the dictate of Social Media Enterprises and the sense that we got cheated out of an adequate fulfilment of one our most fundamental human needs: social relationships?

More posts about: change, culture, Lifestyle, media, online, social, Social Media in Lifestyle,Social Media,Technology
« The Art of Singletasking
Are You Greener than Your Grandpa? »