How Indie Publishing Could Revolutionize Creative Expression But Often Doesn’t 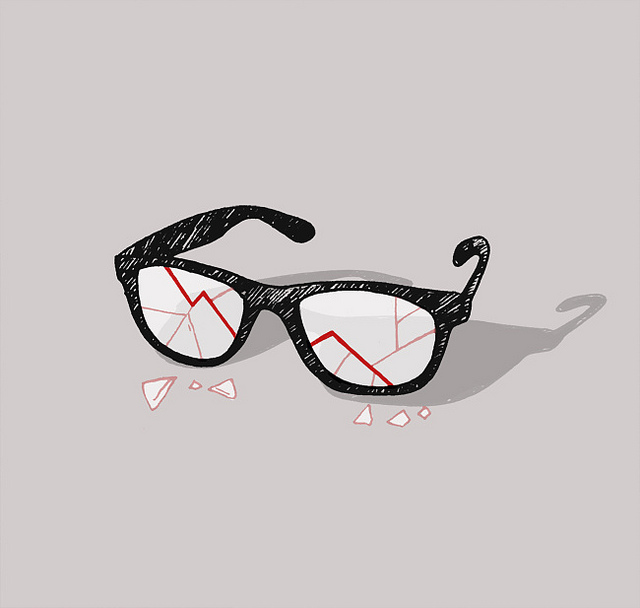 It was Clay Shirky who said in a recent interview that publishing is no longer a job, it’s a button.

In fact, I’m staring at one right now. It’s blue and it says “publish”. It’s simple. Shall I click it? No? But it would make me a world-class publisher, wouldn’t it?

Sure, it may have lowered the bar and allowed people to be heard who otherwise would never have been able to get past the gatekeepers, but it has also brought with it a new tension between convenience and creativity.

When “because I can” is no longer enough

Like many people, when I started my first blog, I was intrigued by the simplicity. I could just write a few words, insert a picture and hit publish. I could do that many times a day, as often as I wanted. Nobody would tell me what to post or what not to post. “My blog was my castle”. This was way before microblogging on Twitter became a daily necessity of digital life, by the way.

Now, almost a decade later, I have sobered up a little. I know how easy it is to publish something and I’m also painfully aware of the millions of blogs that get absolutely zero traffic because they’re full of redundant, inarticulate or irrelevant stuff!

Returning to Clay Shirky’s quote from above, yes, everyone can be a publisher in the sense of pouvoir, because it’s so convenient. But the savoir-faire, or the know-how, as we say in English, is something very different.

Now, I’m aware that measuring competence is a difficult and all too often highly arbitrary endeavor. I leave that up to the professors of publishing 101 classes. Furthermore, I can’t claim that I’m competent, myself. I can only aspire to it. And this is where it gets interesting, because it shifts publication from product to process.

But when anyone can publish anything, what is its value? Are we experiencing a revival of creativity or just a publishing inflation?

More Of The Same And Less Of Something Else

As Sam Anderson wrote in his brilliant piece about contemporary gaming culture, the production of big video games mimics the Hollywood model of “imitations, spinoffs, prequels, sequels and even subsequels” because it’s just too risky to produce something new and unique and then not be able to sell it. For the consumer, or gamer this means: more of the same and less of something else.

Fortunately, independent game developers are challenging this model. The games they make don’t require millions of dollars and hundreds of programmers to produce. And therefore, if a game fails, it’s not the end of the world. Some of the most creative games I’ve ever seen were conceived, built and distributed in this new way.To give you an example, check out the Humble Indie Bundle and you’ll see that not just the games are very different but also the whole philosophy around them.

And there are not just indie game developers these days, there are also more and more indie publishers.

When I first heard the term, I was happy to finally have an alternative to the dreaded self-publishing, a close cousin to the horrible vanity-publishing. Indie publishing, that sounded like punk in the 70ies: wild creative expression that answered to noone.

Unfortunately, when you look around the web these days, what is self-advertised as “indie publishing” is often surprisingly dull. Not having a lot of money for editors or stylish covers is not what I mean. These are more or less technical issues. What I’m referring to is the endless amounts of more of the same, less of something else, to be more precise: Harry Potter imitations, Twilight spinoffs, Hunger Games wannabees and endless covers with scantily clad females and males hovered over by an aura of paranormal mystery or kitschy longing.

Yes, I know, it’s tough to make a living from writing, and before you start working on that 900 page novel you want to be at least marginally assured that it will be read, not to mention being sold, so why not just piggyback on what is already out there?

Pulp magazines have always existed and they’ve proven to generate cash. So, instead of being one of a hundred type-monkeys collaborating on the next “Gone With The Wind” spinoff for the supermarket aisles, people now do it individually. As long as it brings cash, this is where being an indie publisher literally pays off for most people, but I believe it hasn’t even begun!

Sure, bills need to be paid somehow. But being an indie publisher means you can do something really wild and uncompromising. Many times it will fail. But the times when it works (and sells) it’s so much better than just driving down imitation lane and making a few pennies along the way.

To give you an example, when I published Peter und das Huhn I couldn’t have cared less what people thought about it. The “drawings” were midwifed onto paper by reckless scrawls on telephone notepads. I thought it was some kind of joke. But it just keeps selling and I recently dropped the price as low as possible because I couldn’t see people spending 2.99 for something I came up with in just a few measly minutes.

My secret guess is that what people like about it is that it’s somewhat reckless. It just is what it is and doesn’t try to be something else.

No, I didn’t get rich from this. But I learned something very important. The fact that I can publish something quickly doesn’t mean that it gets easier to publish something great, but it certainly allows for experimentation and creative development beyond my wildest dreams.

For example, only through this process did I begin to take my scrawling more seriously, eventually came up with an illustrated detective story and an elaborately illustrated children’s book (soon to be released).