Every culture has their own strange superstitions. Even in Germany, a country which likes to present itself as a bastion of levelheaded efficiency and rationality, many old German superstitions are still alive and kicking. Did you know for example, that your happy birthday wishes have to be timed perfectly, or that a wrongly clinked glass can ruin your love-life for many years to come? 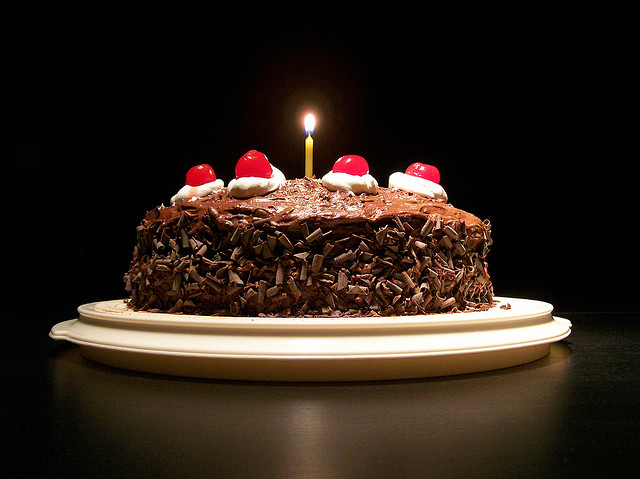 Some rights reserved by Solo

In many cultures wishing someone happy birthday before the actual day can do no harm. It’s done preemptively, better early than never. Got a birthday coming up in a few days? Here, have a hearty old “Happy Birthday!”. Not so in Germany! Wishing someone happy birthday before the actual date, even just a few hours before midnight is said to bring bad luck. Far from being an old lady’s superstition this is still a widely held belief, and failing to respect this will confound or even irritate people.

Hence, there’s a tradition of “reinfeiern” in Germany, literally “to celebrate into”, where the guests gather on the evening before the birthday and then “celebrate into” the next day, wishing their happy birthdays precisely — Germans being German — when the clock strikes midnight. 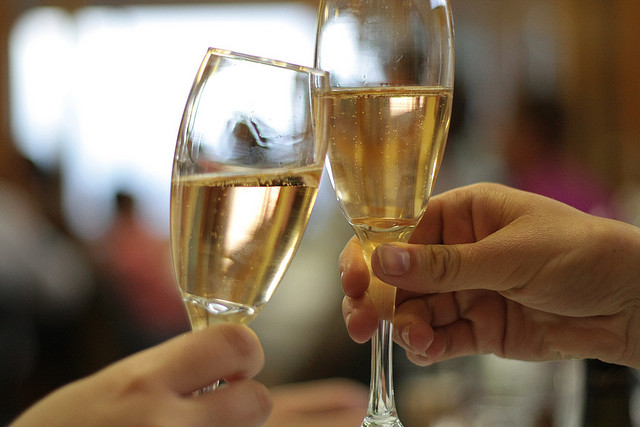 Some rights reserved by Al404

No Eye-Contact While Clinking Glasses = 7 Years Of Bad Lovemaking

Whether you clink glasses with your drinking buddies, family or colleagues, it is of paramount importance to maintain eye-contact while doing so. In general, eye-contact is considered to be very important in Germany. Failing to maintain eye-contact whether in private or business conversations can be interpreted as a sign of disrespect and dishonesty. However, when it comes to clinking glasses it is even said to cause seven years of bad sex!

The source of that superstition is not quite clear, but some say that it might be a remnant of medieval days when it was very common to get poisoned. Maintaining eye-contact while clinking glasses was a way to establish trust between host and guests. Perhaps the magically charged number 7 and the threat of sub-standard hanky-panky was simply thrown in for good measure. 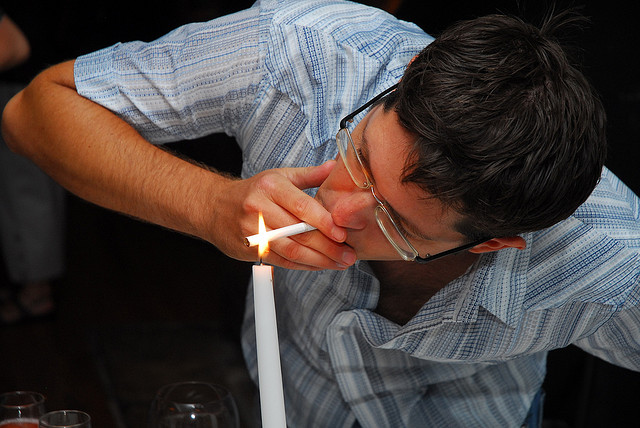 Lighting Your Cigarette With a Candle Causes a Sailor to Die

Since smoking is now prohibited in many public spaces it gets increasingly difficult to witness this strange superstition in practice. Nevertheless, don’t be surprised if people call you a “sailor killer” when using a candle to light your cigarette.

What is the connection between candles and dead sailors? Well, it’s actually quite simply. In former times, when sailors were stuck on land during the hard winter months, they used to win their bread by making matches.

Therefore, by failing to use a match to light your cigarette, you are inadvertently stealing the livelihood of a poor sailor somewhere, ultimately causing him to die from starvation. Strangely enough though, using electronic lighters seems to leave seamen unscathed. 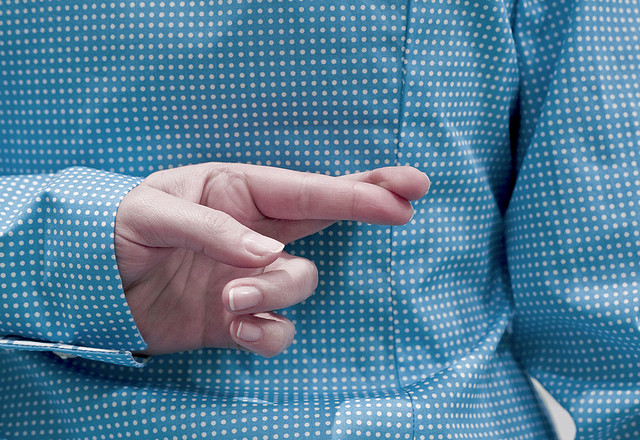 While in America and Britain, crossing your fingers is said to bring good luck — the German equivalent would be “die Daumen drücken”, literally: “to press your thumbs” — crossing fingers in Germany has a very different connotation.

If you make a promise to someone and keep your fingers secretly crossed behind your back, it means that you don’t actually intend to keep that promise and are — quite frankly — lying. 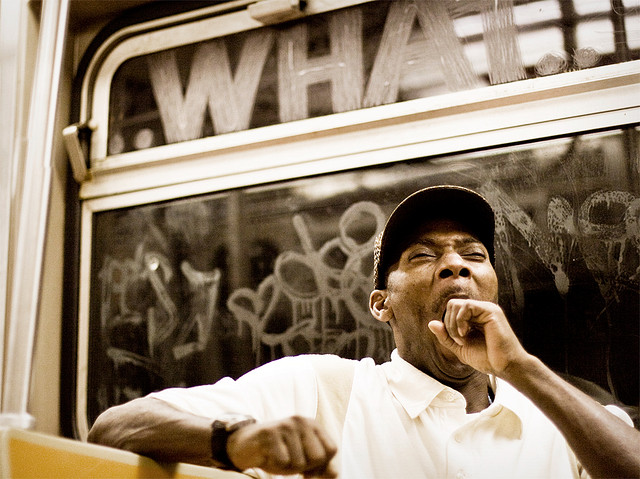 Some rights reserved by Baptiste Pons

Cover Your Mouth While Yawning, Lest Demons Enter Your Soul

What is now simply a form of good manners, covering your mouth while yawning actually has its roots within the murky depths of superstitious belief.

People once believed that keeping one’s mouth open while yawning will cause demons to enter the person’s body and cause mischief in their soul. 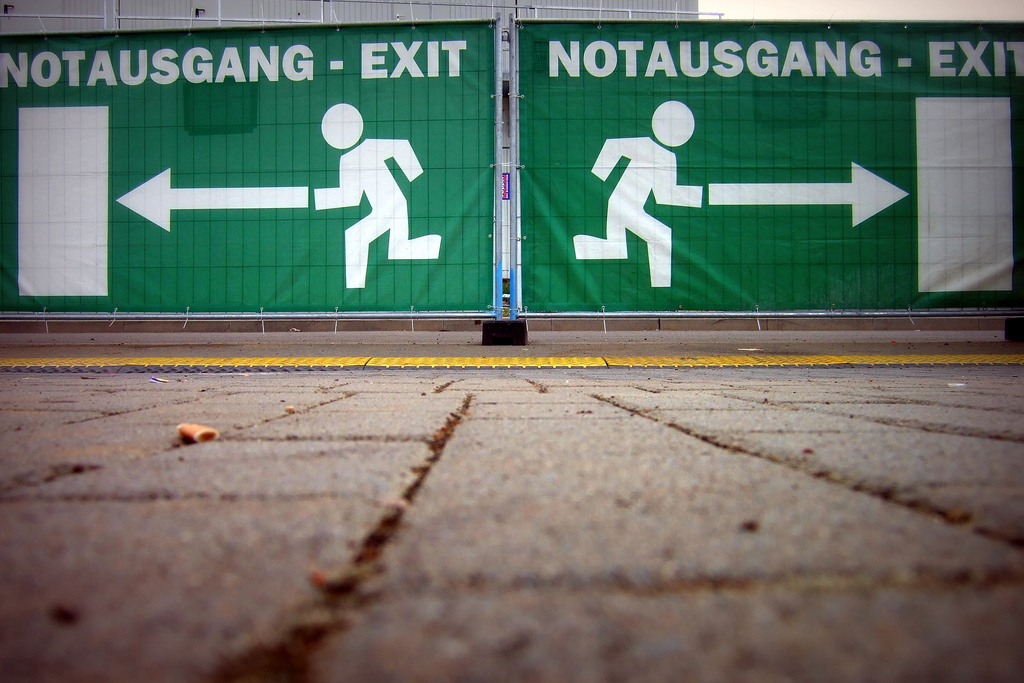 Some rights reserved by marfis75

Leaving Without Goodbye Is Something That Bad Neighbors Do

Saying hello and goodbye is serious business in Germany. As you may know, Germans are vigorous hand-shakers. Even if you meet a larger group, it’s not uncommon to go through the whole awkward ceremony of individually shaking everyone’s mittens.

There is not one but two colloquial German expressions for the lack of proper goodbyes, and since each culture deems its own mannerisms superior to those of its neighbors, these expressions are both badmouthing Germany’s neighbors.

One is “sich auf Französisch empfehlen”, probably an import of the English “to take French leave”, dating back to the 18th century prejudice that the French left celebrations without saying goodbye. Of course, the French call this practice “filer à l’anglaise” (“to leave English style”).

The second expression “den polnischen Abgang machen” (“to make a a Polish departure”) relates to Germany’s eastern neighbor, and I wouldn’t be surprised if in Polish they call it “to leave German-style”. 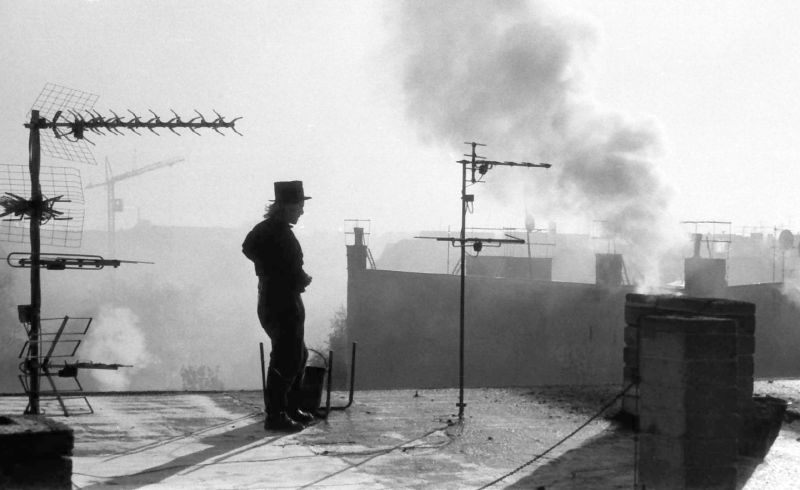 Some rights reserved by Pixel whippersnapper

In a time when most of Europe heated their houses with hot coals or wood you could see chimney sweeps everywhere. Traditionally dressed in an all black suit with golden jacket buttons and a black top-hat their job was to clear the soot and ash from chimneys.

It is not quite clear why in Germany the “Schornsteinfeger” is such a great symbol of good luck that just seeing one will bring you good fortune for the whole new year, especially if you walk up to one and shake his hand.

According to some sources this superstition may be connected to the historical importance of chimneys in general, for without them you couldn’t cook or heat. The chimney sweeper, by clearing the creosote from the inside of the chimneys restored “luck” to the house, plus he prevented houses from catching fires. And don’t we all prefer our dwellings in a non-burning state?