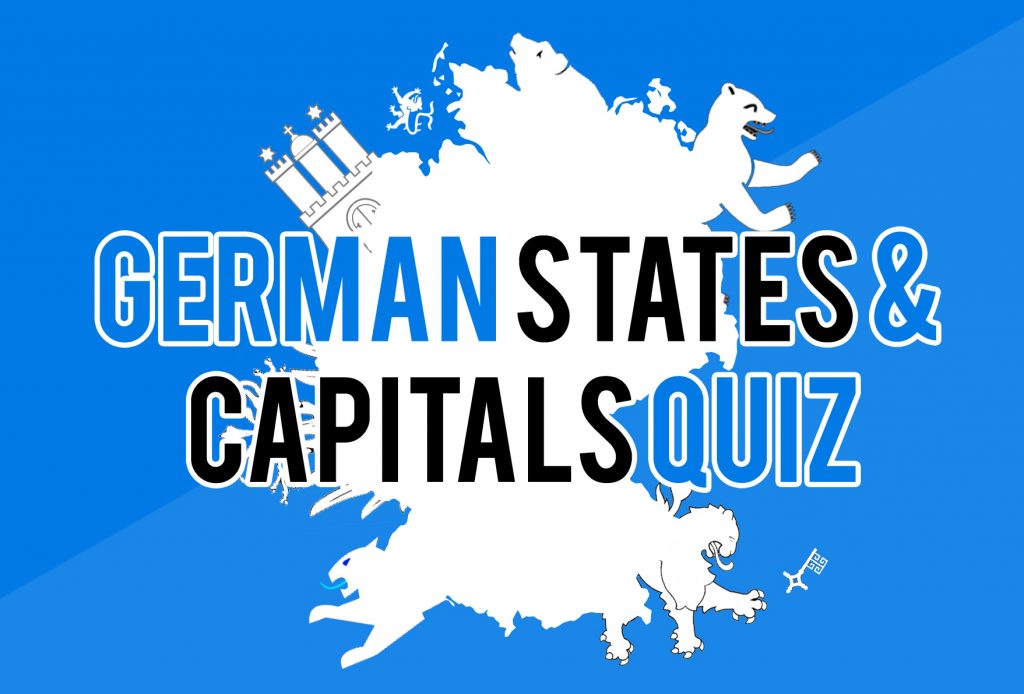 It is commonly known that Germany is a country in the center of Europe. But did you know that the offical name for it is actually “Bundesrepublik Deutschland” (BRD) which translates to “Federal Republic of Germany”? In short, modern Germany is a federation of many different states which are called “Bundesländer” (federal states). Each Bundesland has its own local government, parliament, policies, etc. In the following quiz you can test your knowledge about German states and their capitals.

more German quizzes »
More posts about: quiz in German,Language Learning,Learn German With Games
« 17 Hilarious German Insults That Are More Funny Than Offensive
3 Things Online Teachers Worry About For No Reason »