The German learning adventure continues! Join Dino & Elisabeth on a strange quest across the valley basin of Stuttgart and learn about local culture & cuisine along the way.

German idioms are a great way to learn new words as part of short phrases and expressions that you can immediately apply in everyday life. Today, I’ve collected 11 German idioms around the theme of summer, holiday, heat and sun. Ready? Los geht’s! 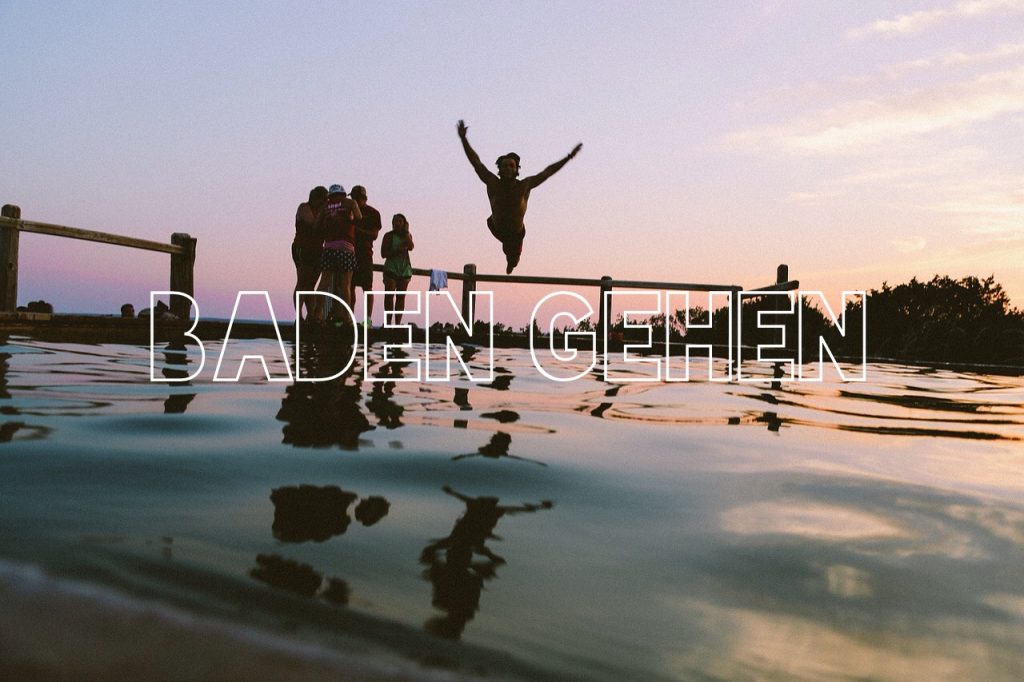 This German idioms literally means “to go bathing” but does not necessarily refer to any water-related activity. We use this expression whenever we want to express that something didn’t go our way, i.e. wasn’t successful. “Mein neues Startup is baden gegangen.” 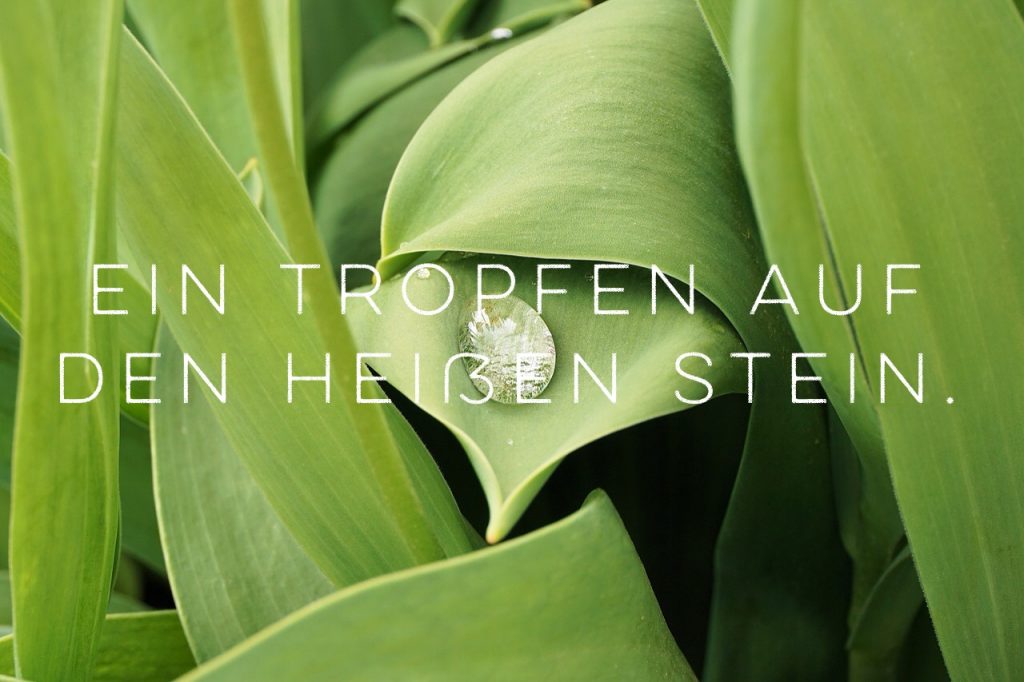 When you want to say that something isn’t even barely enough, you can use this German idiom to say that it is like “a drop on a hot stone”, i.e. it immediately evaporates. 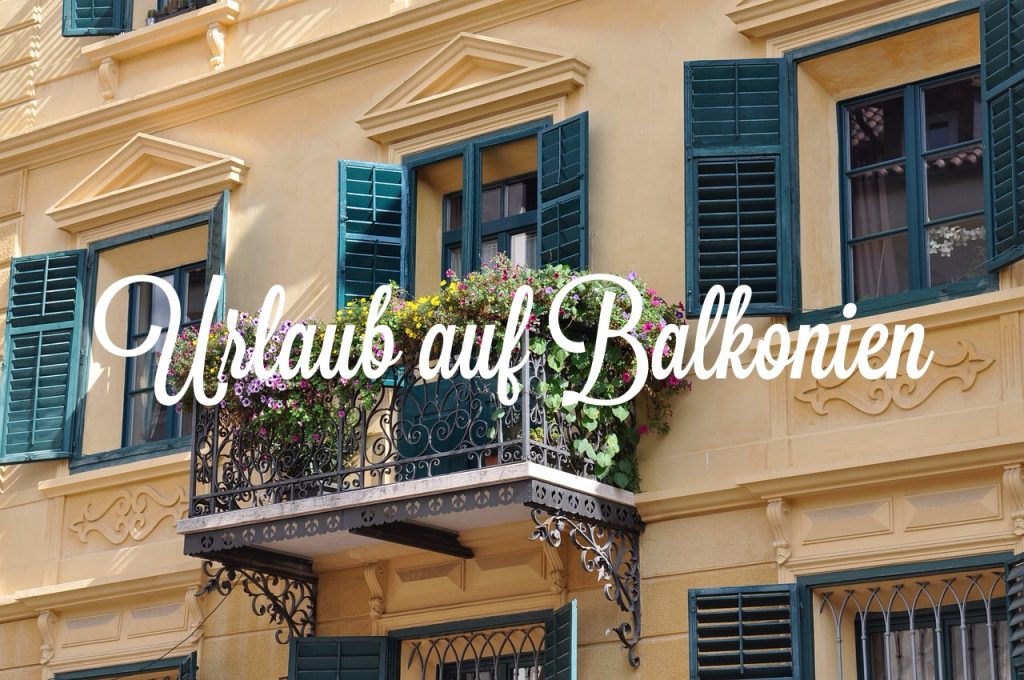 “Balkonien” is the magic place where Germans go on vacation (“Urlaub”) when they can’t afford (or don’t want) to travel farther then their own four walls.  In short, it refers to what is called a “staycation” in the English-speaking world and comes from the word for balcony: “der Balkon”. 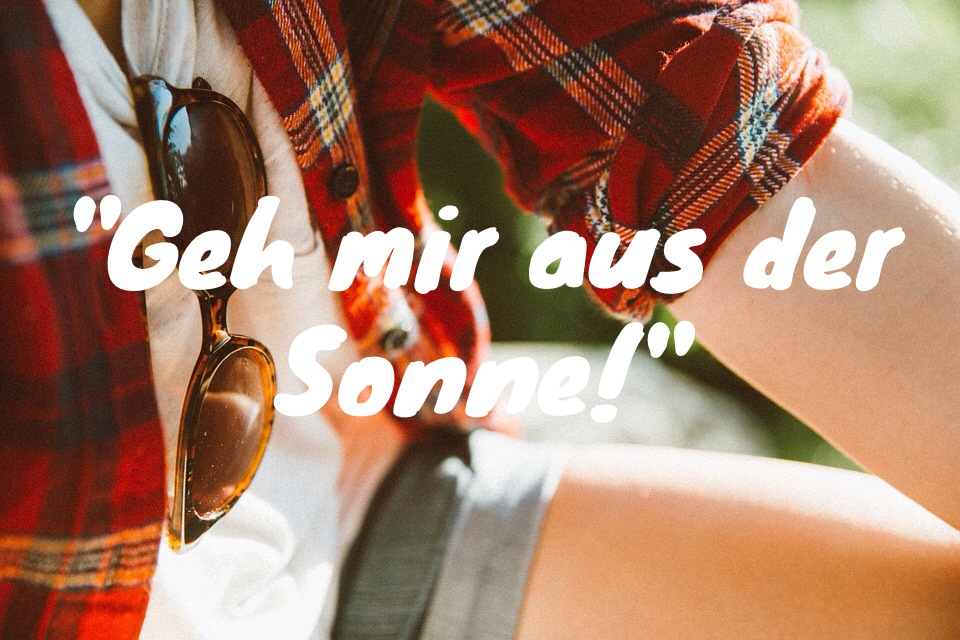 When someone is annoying you, this German idiom is a great way to tell them to cut it out and disappear. The literal translation is “Go me out of the sun!” and its origin dates back to the legendary conversation between the Greek philosopher Diogenes and Alexander the Great. When Alexanders offered to fulfill any wish of Diogenes, a dirt poor man who used to live in a barrel, the hermit allegedly simply replied: “Stand out of my sun!” 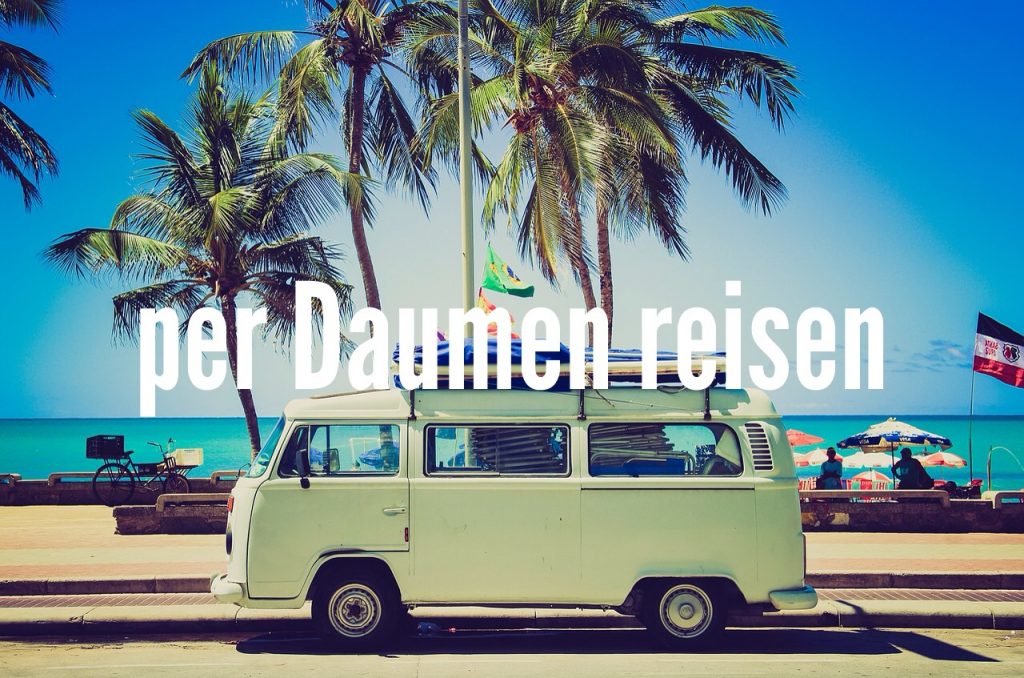 In German “per Daumen reisen” literally translates to “travel via thumb” and describes the act of hitch-hiking, i.e. sticking out your thumb in the hope that someone will take you along the road. 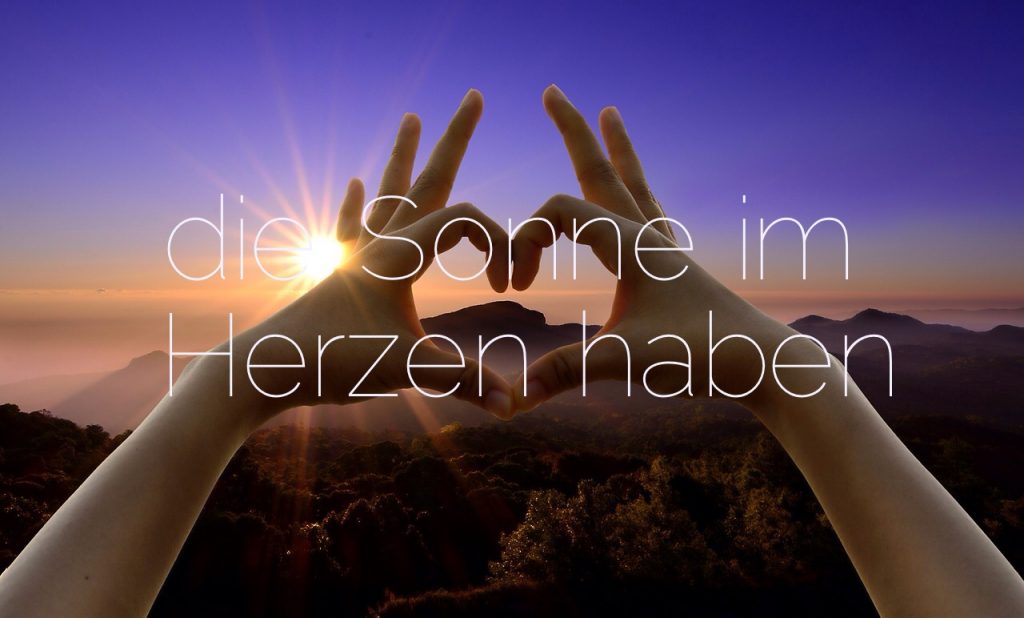 This German idiom is used to describe a person who is always happy, hopeful and optimistic. It literally means “to have the sun in one’s heart.” So you could say something like: “Peter ist ein glücklicher Junge. Er hat die Sonne im Herzen.” 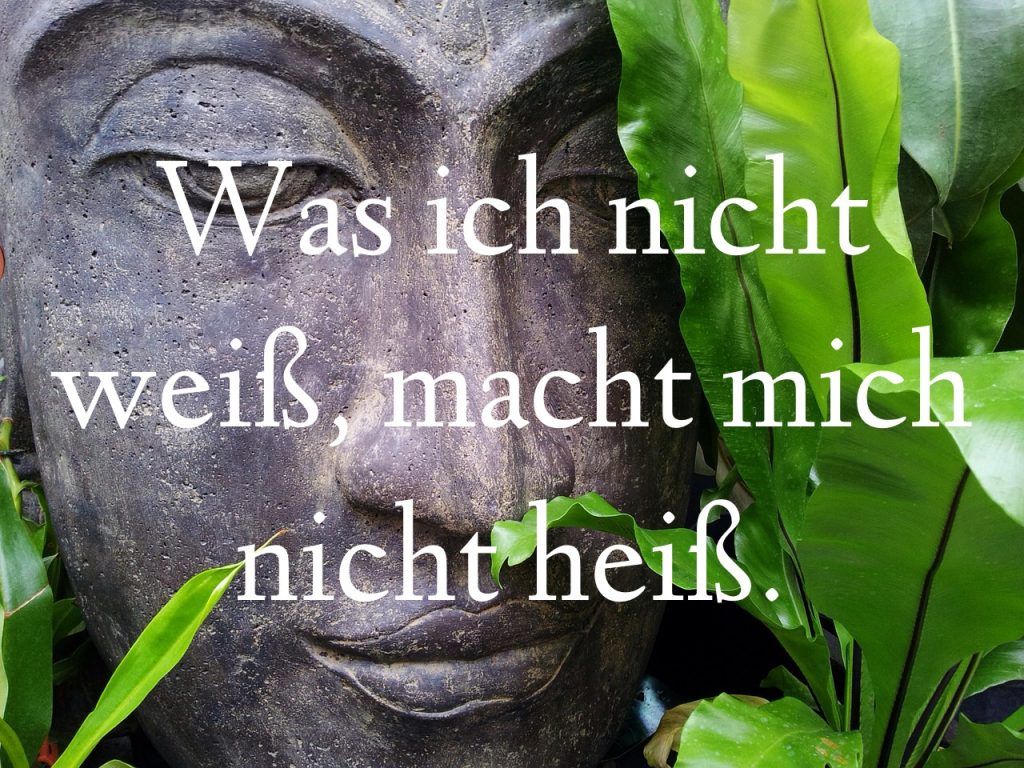 This idiom literally translates to “What I don’t know doesn’t make me hot.” and the English equivalent would be something like “ignorance is bliss.” In other words, if you don’t know about something you can’t fret about it. Logical, isn’t it? 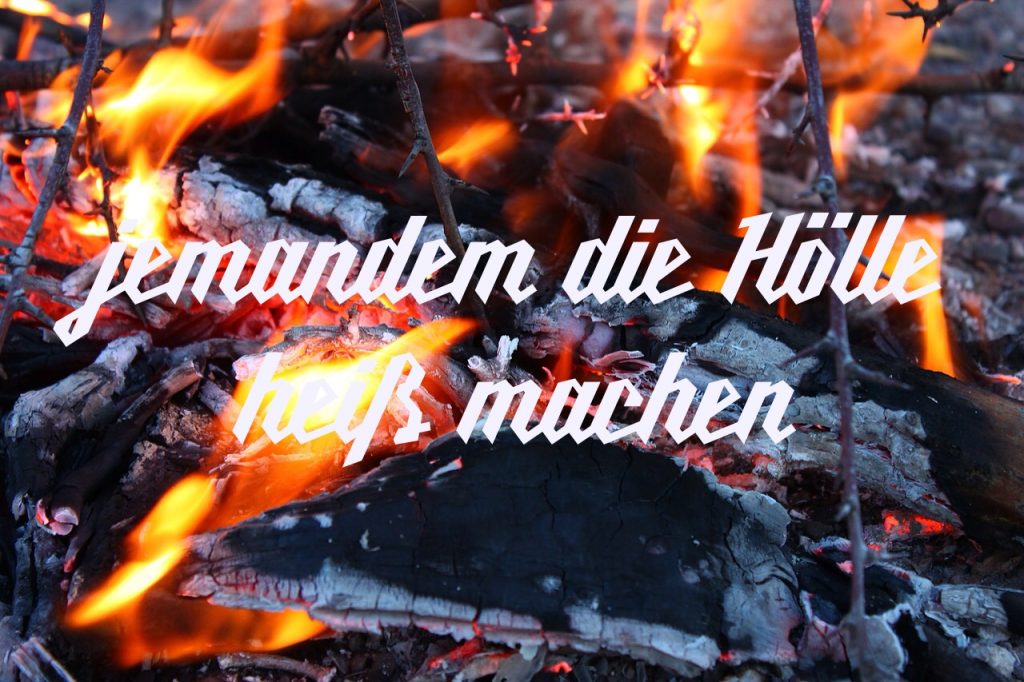 The literal translation of this German idiom is “to make someone the hell out” and as you might have already guessed, it’s not something pleasant. You could use this idiom for example to describe your boss breathing down your neck: “Ich muss das Projekt heute beenden. Mein Chef macht mir die Hölle heiß!” 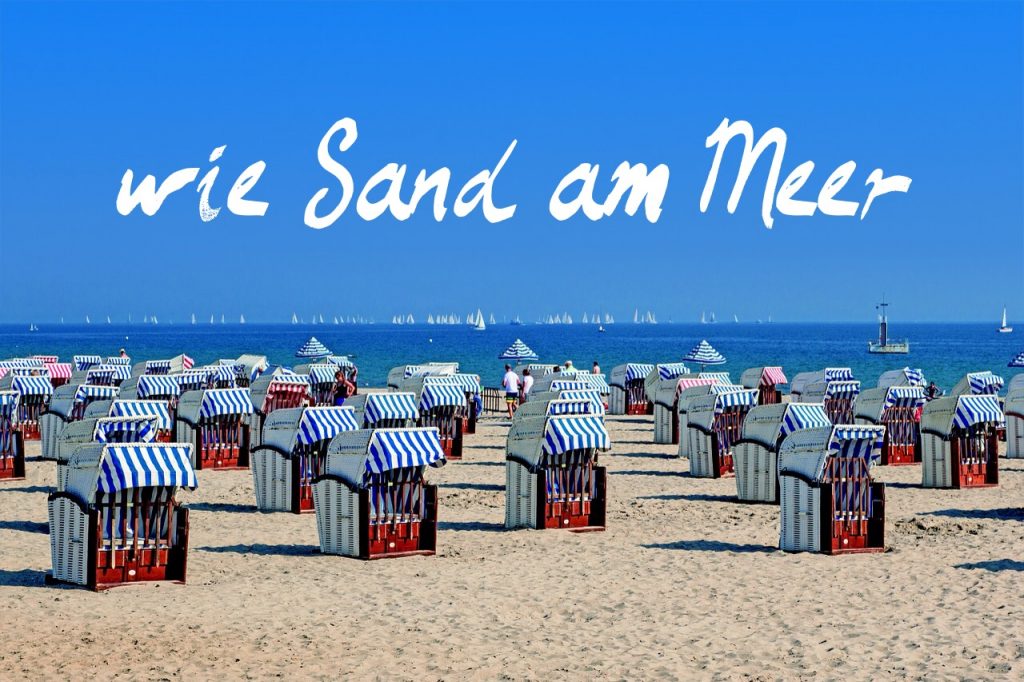 When you want to say that something is commonly available in huge quantities  you can say that it is like “Sand am Meer” (like sand at the beach). “Es gibt gute Bücher wie Sand am Meer, aber ich habe nicht viel Zeit zum Lesen.” An English English equivalent would be “like dime a dozen”. 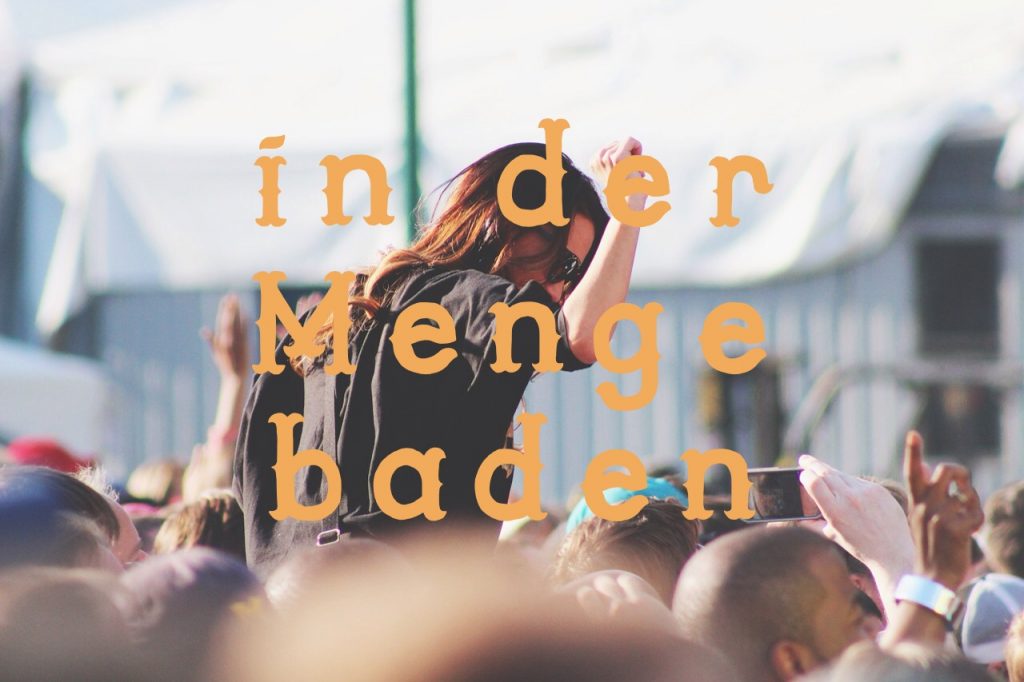 “Baden” is the German verb for bathing and “die Menge” refers to a crowd of people. Hence, “bathing in a crowd” means to have direct contact with a lot of people. “In der Menge baden” doesn’t necessarily imply physical contact but simply immersing oneself in a social setting through conversation, etc. 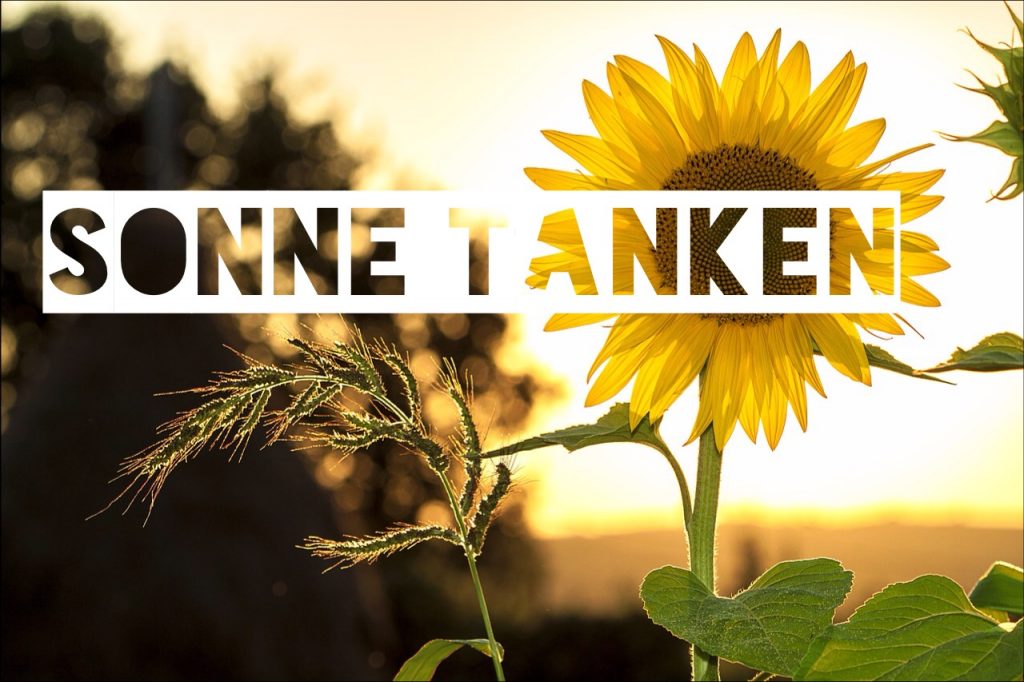 The German verb “tanken” means “to fuel” and we use the idiom “Sonne tanken” (literally: “to fuel up with sun”) to describe the act of sunbathing, escaping the German rains for a sunny holiday or any other way of replenishing our notoriously low levels of sunlight.

in German,Language Learning,Learn German With Text
« The Strange German Food Quiz
How NOT to learn English »