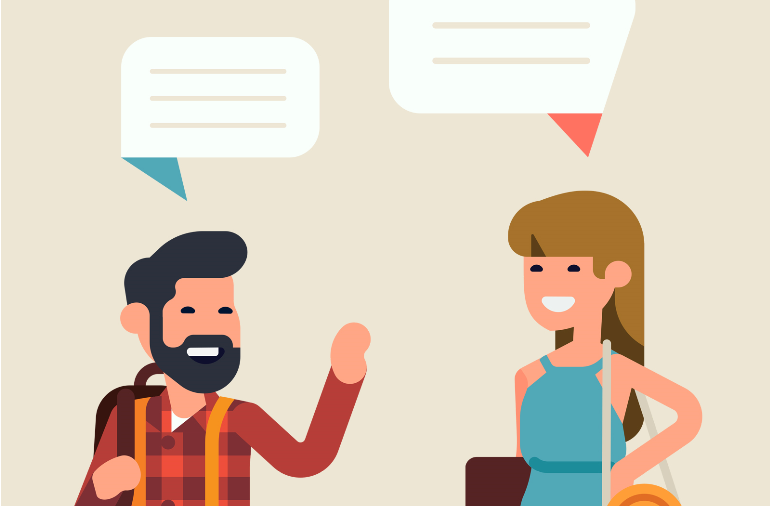 Over the past few months I’ve been thinking a lot about the power of dialogue. Whether it’s the Socratic dialogues or the Analects of Confucius, both Eastern and Western traditions have been using dialogue as a teaching tool for more than two millennia! Why is that?

Plato for example could have just doled out his ideas in dry academic prose, but instead he chose to present everything through dialogue (with Socrates as his mouthpiece), kick-starting a whole new era of philosophy and scientific inquiry in the process.

And without nerding out too much about the classics (see my Medium for that), I think there’s something very lively about these ancient writings that is largely owed to the format; there’s a certain sense of immediacy and urgency to them, even after all these years.

So on a late autumn afternoon I was wondering: what if I were to apply this time-tested format to German learning? And you might say: “But André, most textbooks already have some little conversational snippets here and there, this is hardly something new!” Well, true, but most of them don’t have any real conversational content, right? They aim to teach you a few words and phrases, but that’s it. Wouldn’t it be cool if they were actually motivating you to get into the flow of the conversation?

And thus I went ahead and started crafting a whole bunch of little narratives, peculiar characters and unlikely encounters, told through dialogue. In this book there’s a story about a weird heirloom, a neurotic’s trip to the eye doctor, a brief foray into the arcane mysteries of German train fares, and a job application gone rogue, to name just a few.

One big plus about this conversational format is that you don’t have to deal with all the grammatical technicalities of narrative German like the Präteritum for example (so many irregularities!). You can just get straight to the heart of the story. There are some small ‘stage directions’ to set the scene but all of the actual storytelling happens through talking.

After having written more than twenty story books for German learners in a more traditional narrative format, for this book I’ve also introduced a number of improvements and ‘quality of life’ updates. For the ebook edition for example, you can now easily switch between the comprehension quizzes and the answer key with special links, instead of painstakingly flipping through the pages. Also you can now find downloadable and printable flashcards and word lists at the end of the book regardless of format or platform.

I sincerely believe that all of these things combined will make for a more enjoyable and effective German learning experience.

But don’t take my word for it—try it yourself!

You can get the book on the Kindle Store, on paperback or as a direct download from our bookshop or from one of these platforms: