Fed Up With German Articles and Gender? Let This Free Tool Fix Your Emails 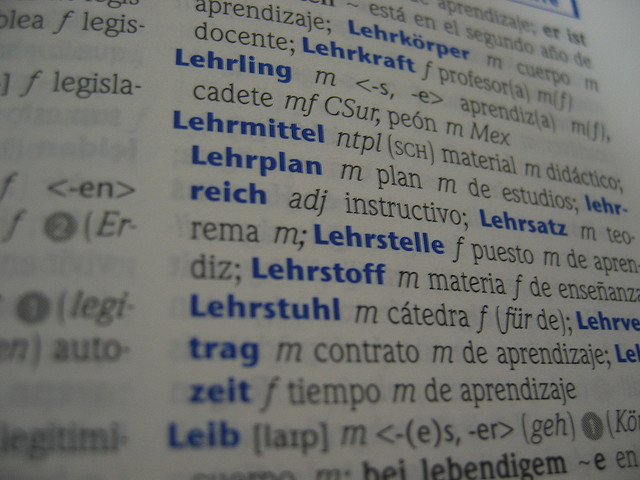 Many people don’t appreciate the fact that English nouns have no gender until they come upon another language which does. French and Spanish nouns have both masculine and feminine gender, which is bad enough for most learners, but German learners have to put up with yet another one: the neuter.

Admittedly, it’s not as bad as Polish which has 5 genders, or Swahili, which sports a whopping 18 noun classes, but for most of us mere mortals, putting up with der, die, das on a daily basis is frustrating enough.

For example, it seems obvious that the word Bruder (brother) is masculine whereas Schwester (sister) is feminine. But why — in the name of the three-legged Goat of Grammar! — why is Mädchen (girl) neuter?

Before we now venture off into gender studies, I want to remind everyone of the distinction between biological gender and grammatical gender. In English, they share the same term, which makes for a lot of name-calling and holy wars in the name of “gender equality”. In German, the former is called Geschlecht, while the latter is called Genus. While there are some correlations, these are two separate phenomena.

Find the Right Articles Without A Dictionary

Recently, I stumbled over an interesting tool called Genusly. It promises to “help you write perfect emails by telling you the genus of the German nouns as you type”, and it’s free. Sounds too good to be true? Here’s how it works:

At the moment Genusly comes as free browser extension for Google Chrome. After installing the extension, Genusly will automatically color your German nouns while writing emails. 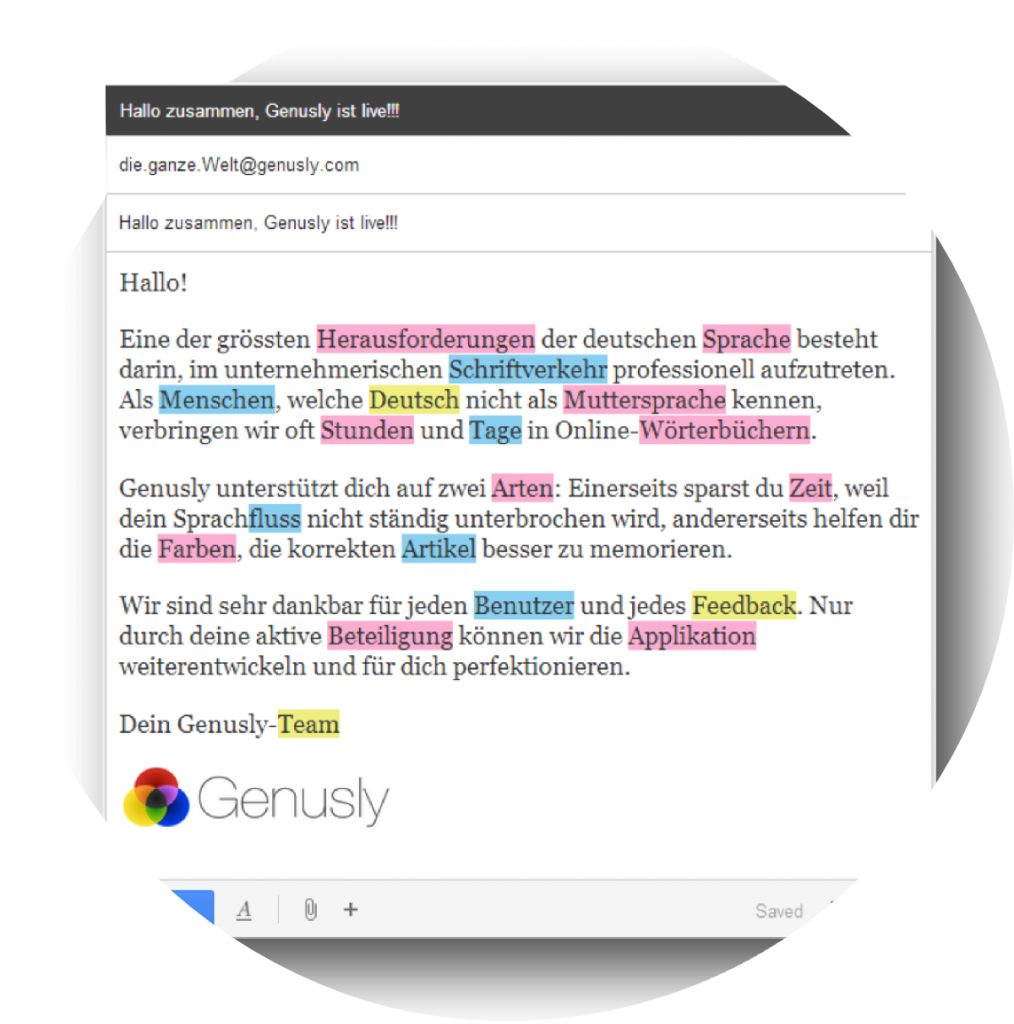 So, let’s say you’re writing a short note to a German friend. You don’t want to embarrass yourself by still using the wrong articles after many years of learning German (happens to the best of us) but also you don’t want to look up every single word in a dictionary. Genusly can help:

get Genus hints and fix your articles while you write

Simple & Free With Room For Improvement

After playing around with this tool for a while it seems that it could be a helpful tool for German learners. Unfortunately, it only works if you’re writing emails in your browser via Gmail, Yahoomail and Outlook.

According to the developers’ website, a downloadable version for Apple Mail and Outlook (desktop) is coming soon, but I think it could also be great to extend this tool’s functionality beyond email writing to Social Media.

Many language learners are using Twitter or Facebook these days to engage in practice and discussion, so this tool might come in handy while posting updates or comments.

What do you think? Can you imagine adding this extension to your German learning toolkit? Or is it too limited?

UPDATE: I just got an email from the guys over at Genusly and they told me that their web-version is now live. In other words, you don’t have to open your email, you can now go to genusly.com, type something in the box and have your nouns colored. Also, I was told that Facebook and Twitter integration are “in the pipeline”, so if you like this tool, stay tuned for further updates.

More posts about: German, learn german in German,Language Learning,Learn German With Text
« How to Advertise as an Independent Tutor
Turn Your Research Paper Into A Book: 5 Reasons To Self-Publish Your Work »