17 Hilarious German Insults That Are More Funny Than Offensive

One of the peculiarities of the German language is that you can very easily string nouns together to create new words which very quickly leads to monstrosities like Donaudampfschifffahrtskapitänkajütentürknauf” (door handle of a Danube captain’s cabin).

Unsurprisingly, some of the best German insults are compound nouns. Below, we’ve collected 17 funny, strange and ridiculous German insults (for educational purposes only of course). Some of them are used in daily life, others are a bit more meta, but they are all good examples of how compound nouns can be used to effectively and intelligently insult someone. 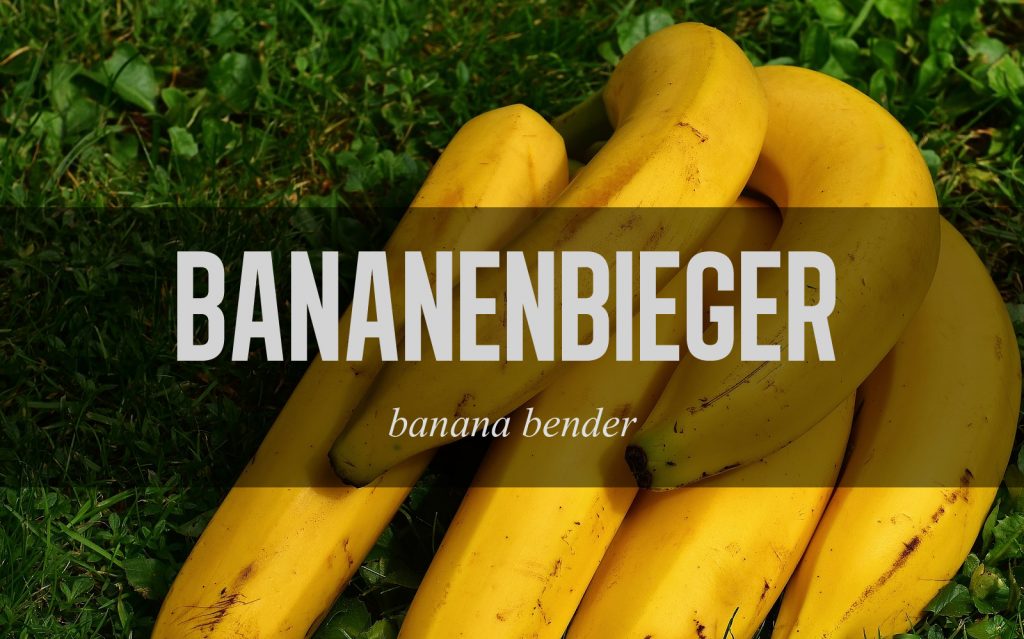 Do you know what a Bananenbieger (m) is? The word literally translates to “banana bender” and just like in English the -er at the end makes it look like a job or tool (driver, gardener, screwdriver, etc.) So a Bananenbieger is someone whose job is to bend bananas. Sounds silly? That’s the point. In German this insult is being used to describe someone who doesn’t want to concentrate on his studies and therefore will inevitably find no other occupation than doing something utterly pointless. 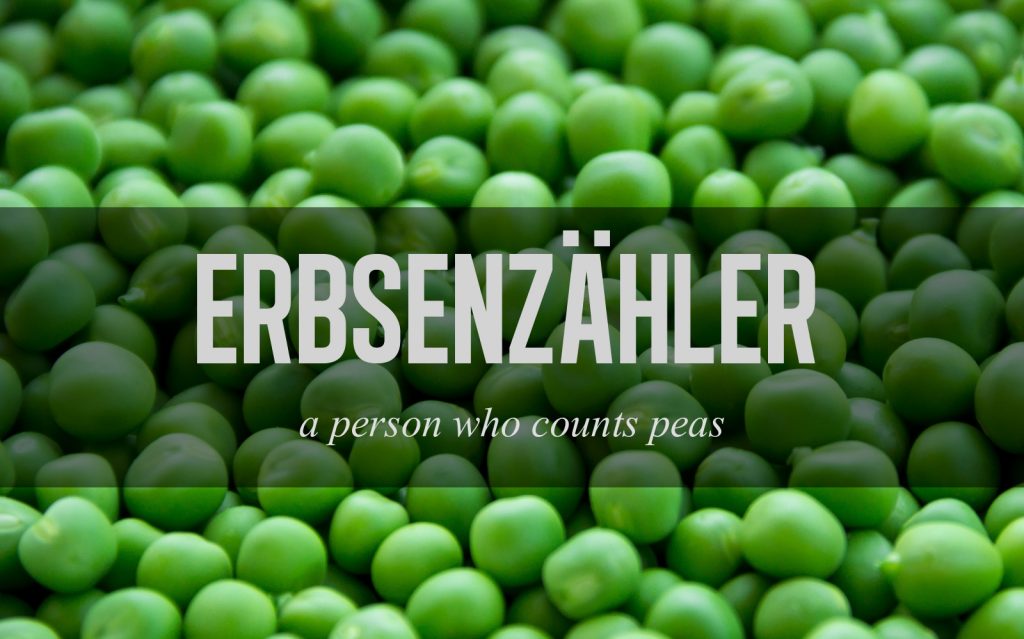 Another -er word, the Erbenszähler (m) is a nitpicker, someone who is constantly concerned with insignificant details. 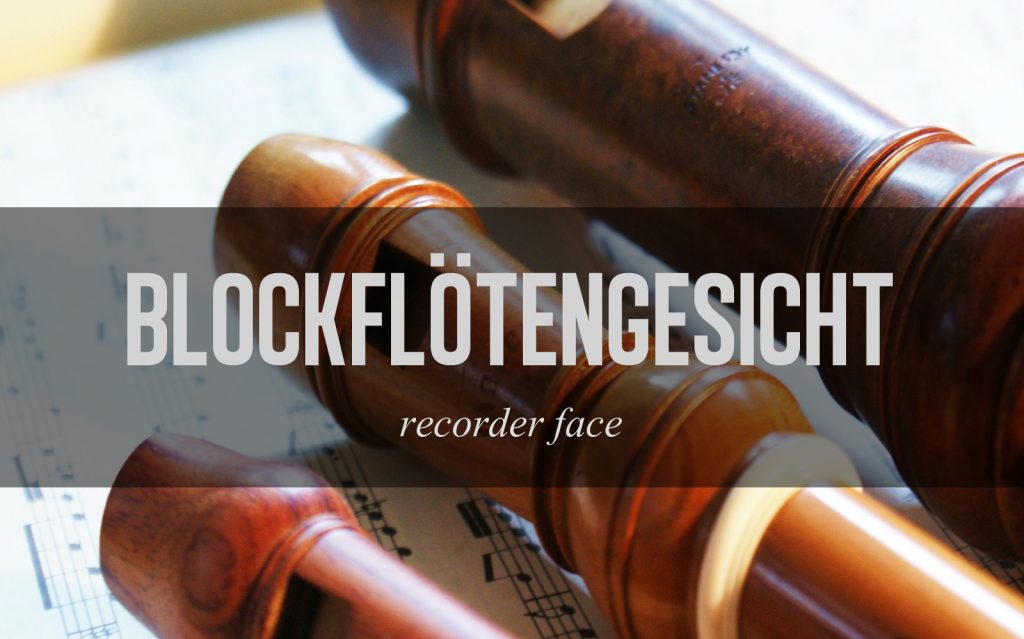 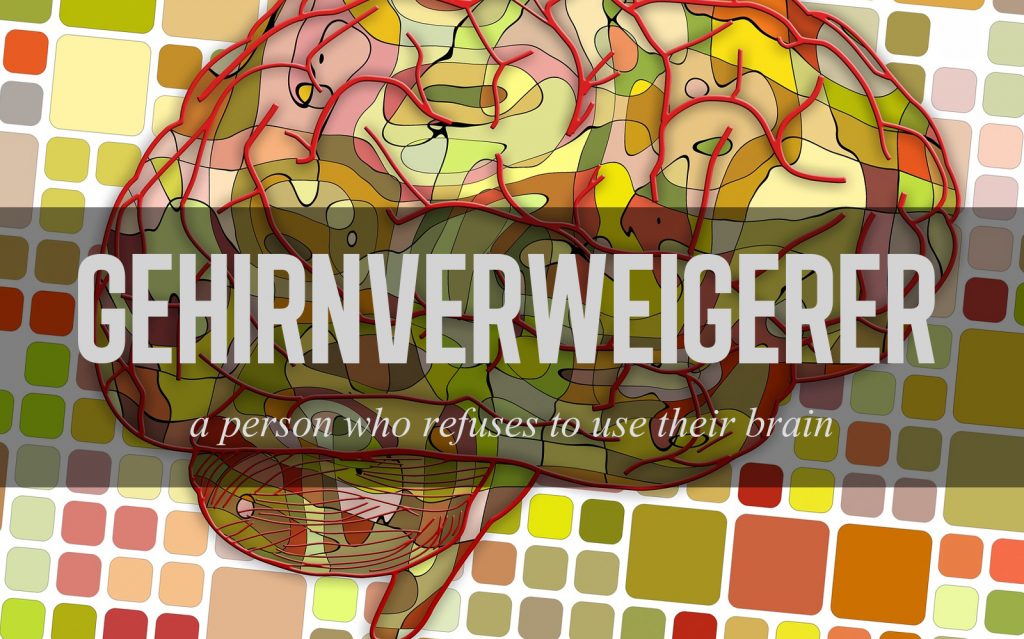 Another -er word, the Gehirnverweigerer (m) is a play on the more common Wehrdienstverweigerer, meaning a draft dodger. Whereas the latter refuses to take up arms for his country, the former simply refuses to use his grey matter. 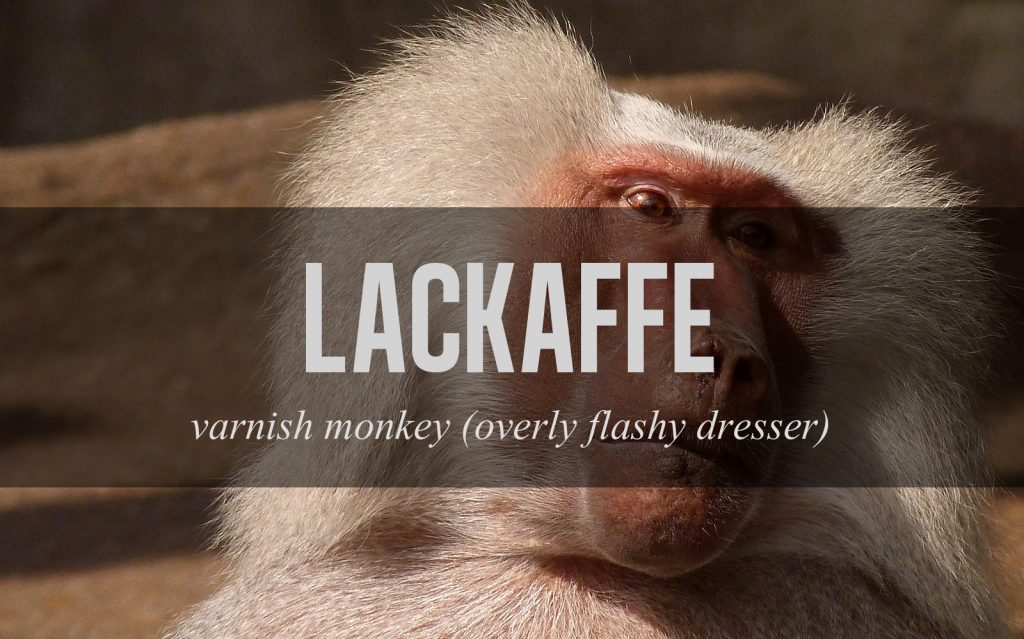 Lackaffe (m): This simple but effective insult describes members of the male species that dress overly flashy in the belief that this makes them better human beings while in the end they probably just look like a “lacquer monkey”. 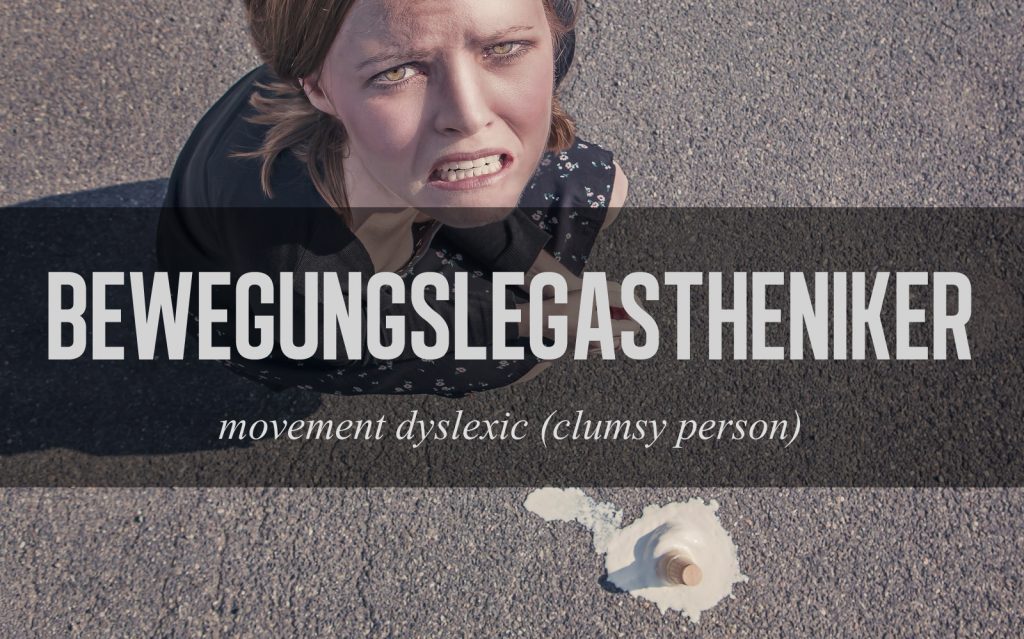 Probably one of the longest and most complex words in this list the Bewegungslegastheniker (m) describes a person to whom simple movements (whether in the realm of gross or fine motor skills) are just as impenetrable as the alphabet is to a dyslexic. In short, a “klutz” or “butterfingers” who stumbles and fumbles through life. 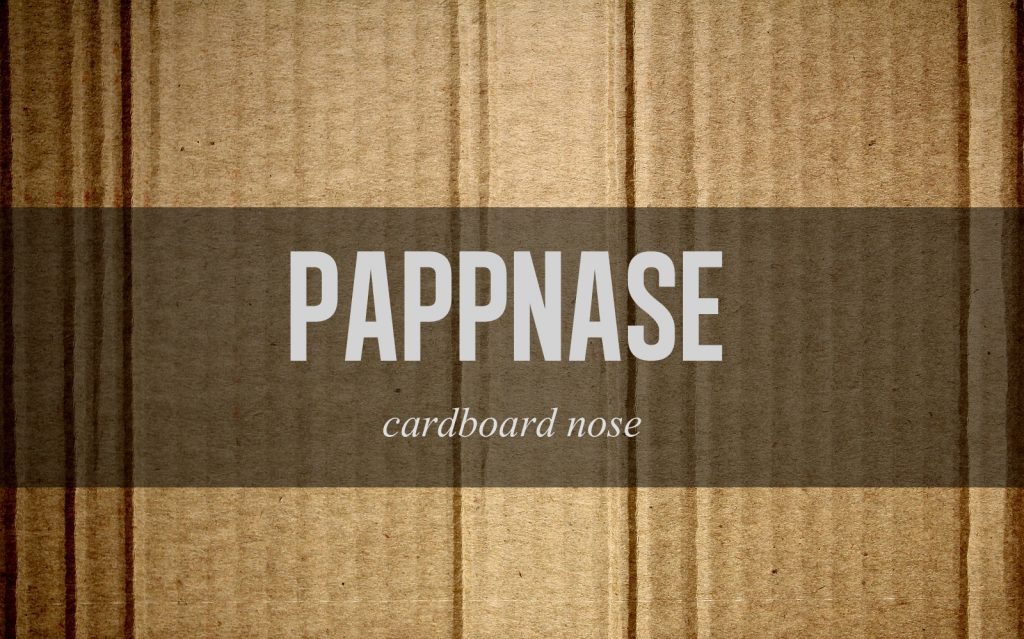 A Pappnase (f) is a person whose failure to understand something is cause for great amusement and/or pity. Based on the clown’s cardboard nose, this insult is used to lovingly insult someone who somehow just didn’t see the obvious. 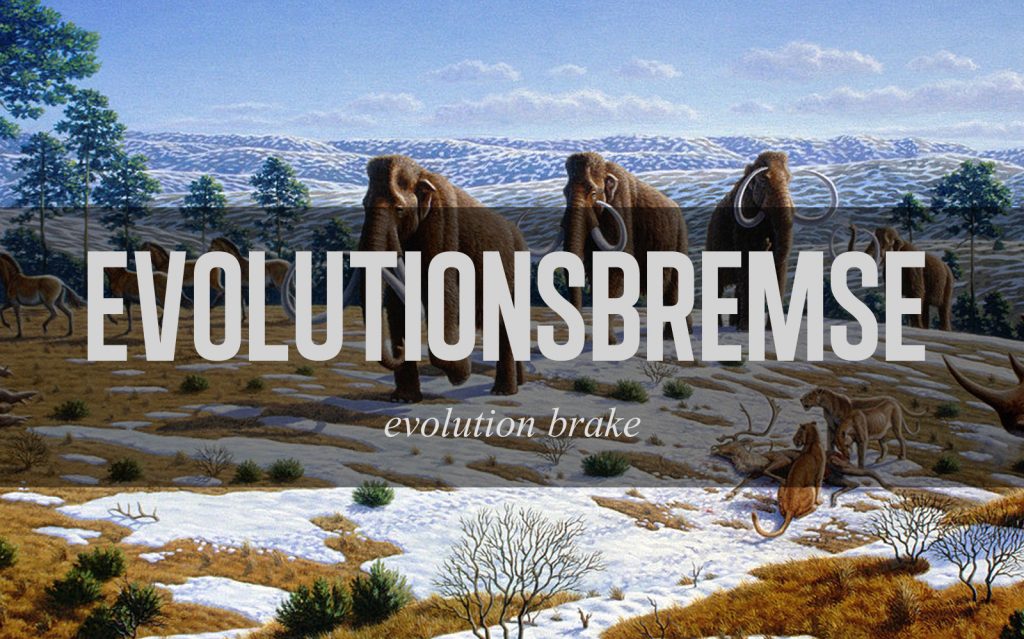 image via Wikimedia Commons (CC BY 2.5)

If you want to make a point that a person is so stupid that the procreation of their dubious genetic makeup will lead to a massive slowdown of human evolution you don’t have to resort to expletives. Just call them an Evolutionsbremse (f) and you’re done. 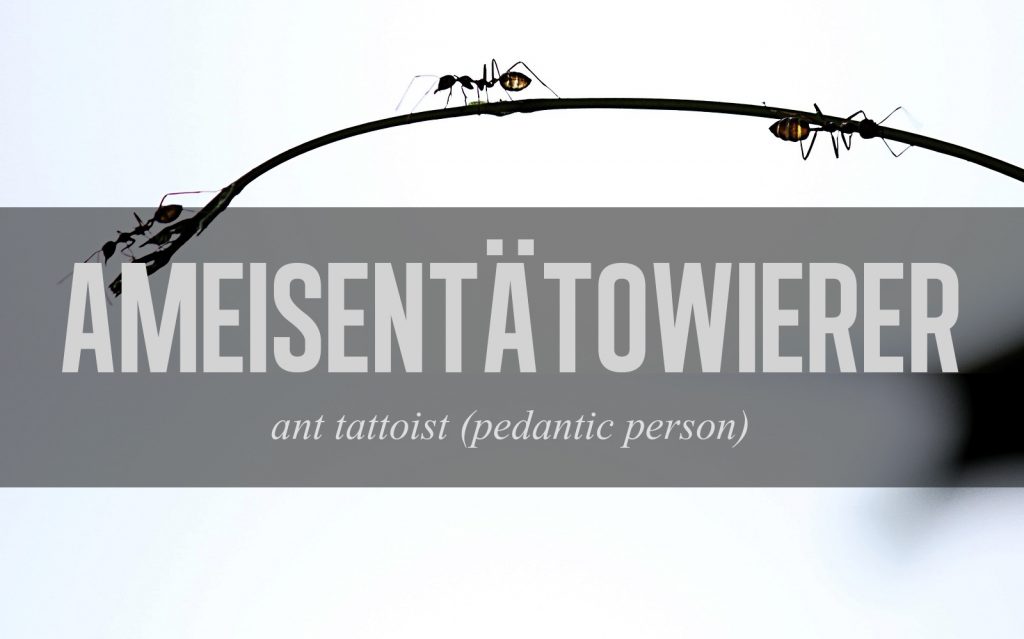 Do you know these people who always need to do things 200% by the book and focus on the most irrating of details? Well, in German they are called Ameisentätowierer (m), because their habits are as annoying as trying to tattoo an ant’s back. 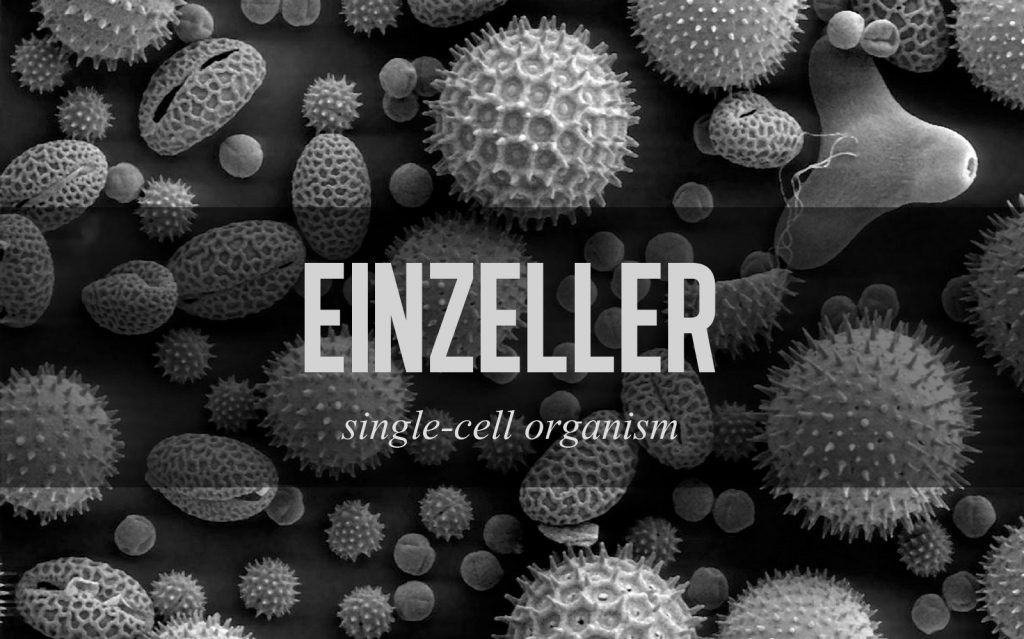 This is a simple but effective insult to hint that somebody’s intelligence may be sub-par at best, because they are just “one cellers”, so what did you expect? 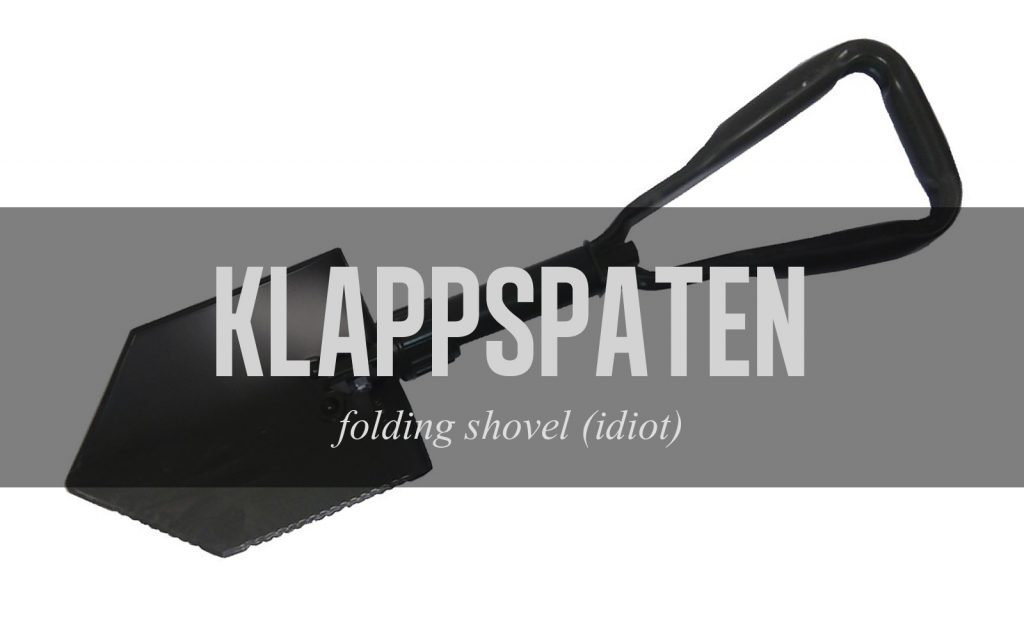 A Klappspaten (m) is strange tool. It looks like a shovel, it functions like a shovel, but it just feels so … stupid. So if you want to insult someone who looks a person and talks like a person … well, you get the idea. 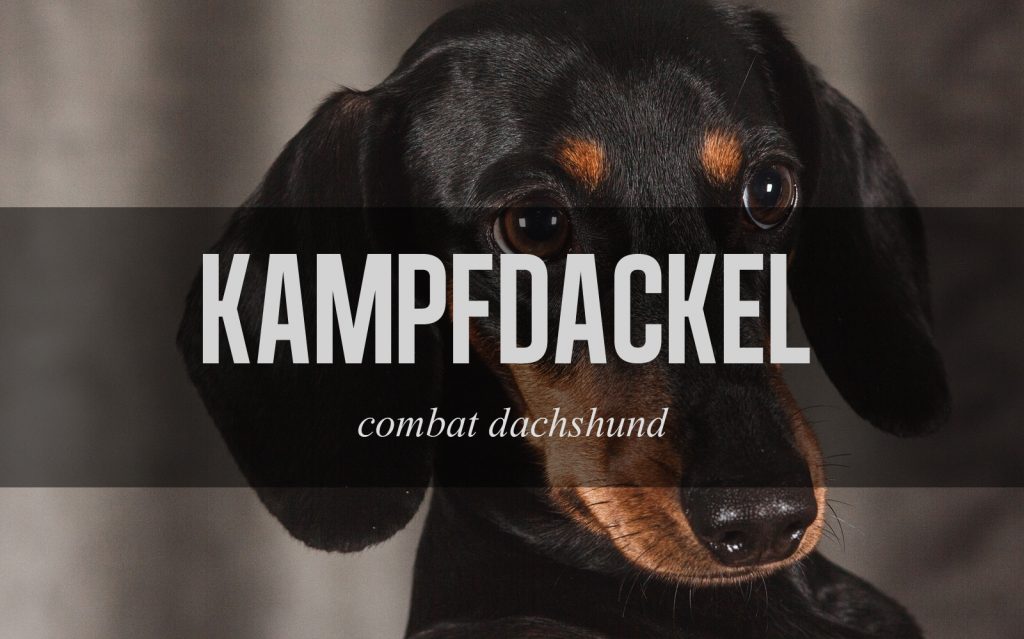 One of the rare insults in this list which is not primarily aimed at human beings, Kampfdackel (m) refers to any annoying canine that thinks its a Doberman or a Great Dane but barely reaches up to its owners knee. 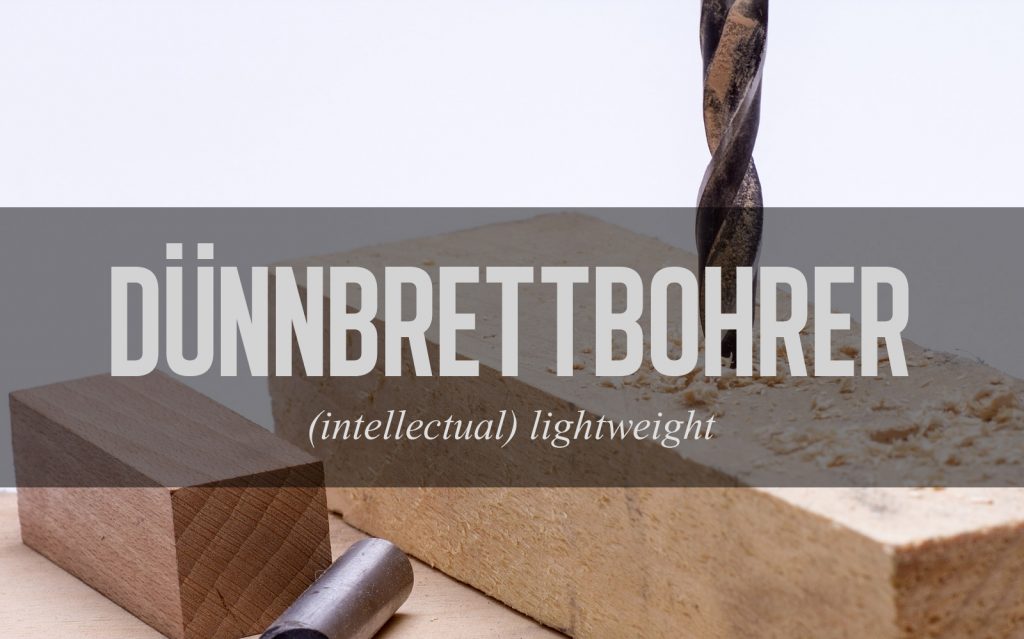 Another -er word, the Dünnbrettbohrer (m) may refer to either a drill or a person wielding said drill for the purpose of drilling very very thin boards. If you think about it a “thin-board-driller” is a bit like a Kampfdackel, all bark and no bite. 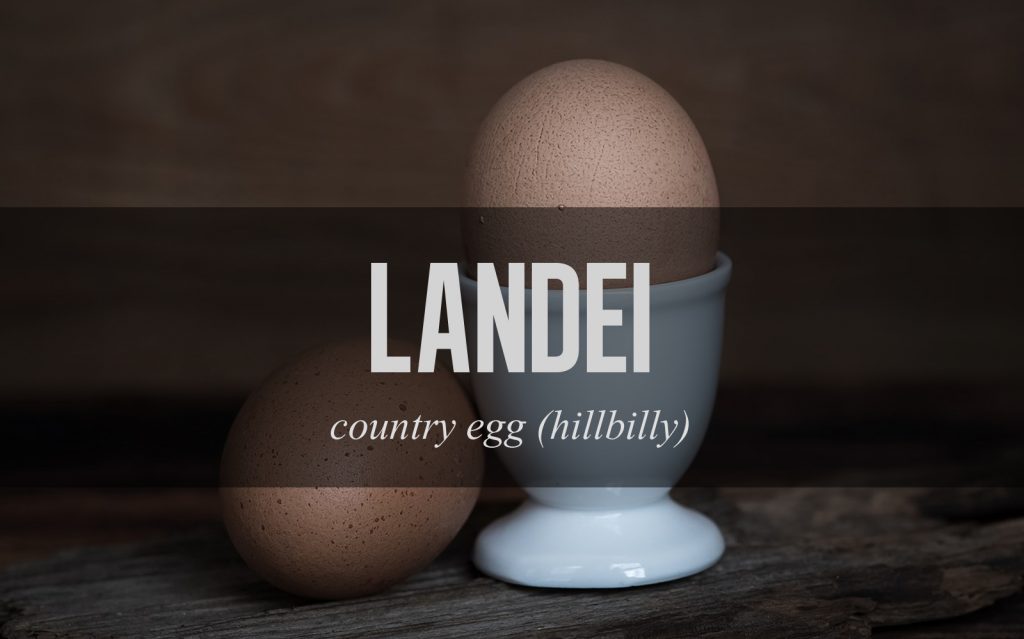 A Landei (n) may refer to a delicious untampered-with egg straight from the farmer’s market, whereas for the human “country egg” the same lack of development is usually marked as something negative. Funny, isn’t it? 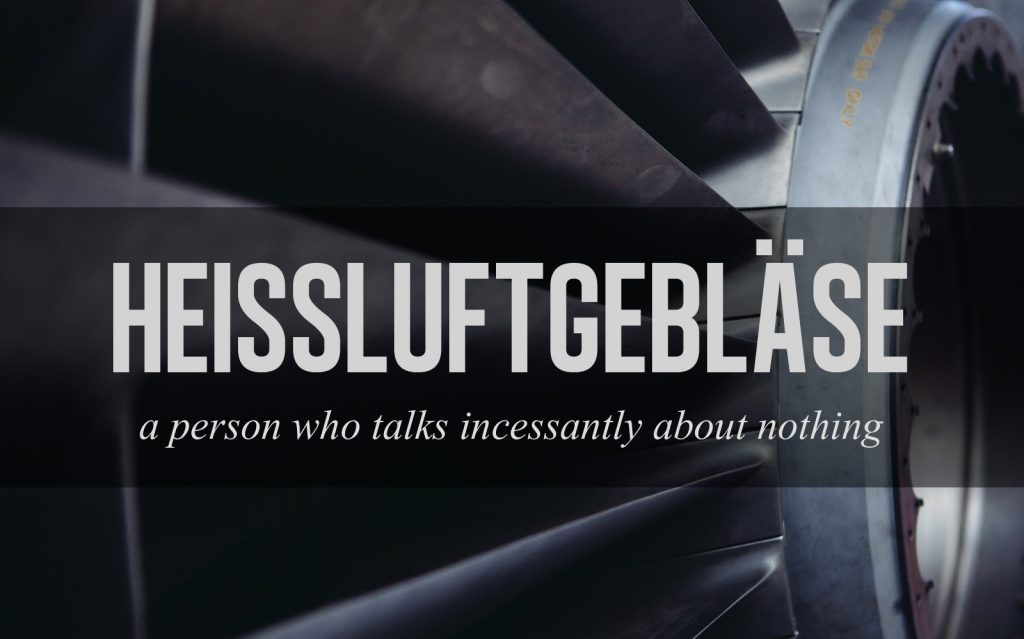 The mouth opens and the mouth closes. But all that comes out is hot air. That’s a Heißluftgebläse (n), literally a hot air blower or ventilator. 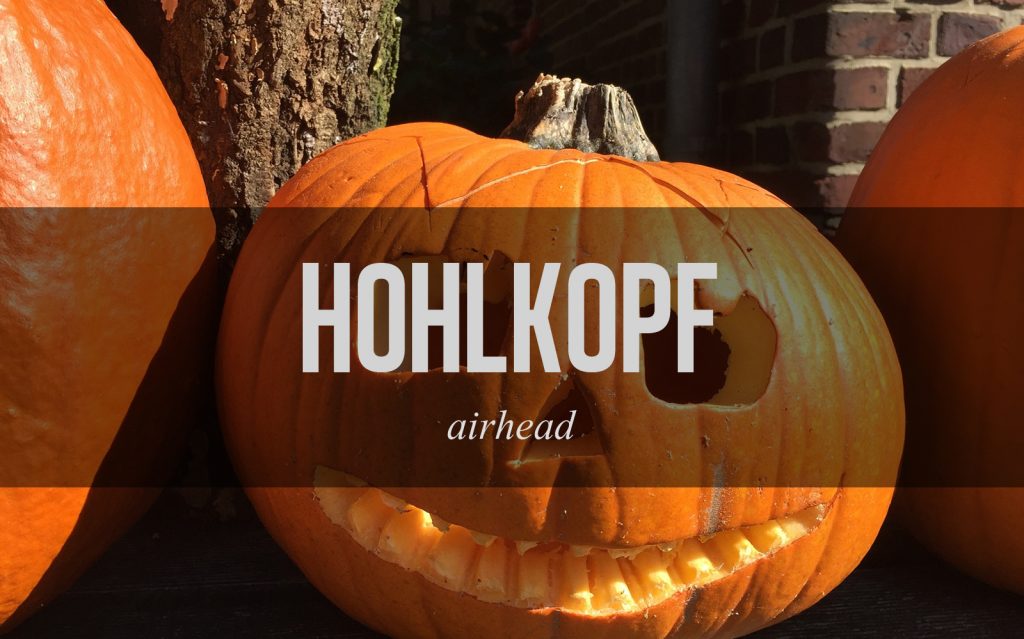 Talking about air, the Hohlkopf (m) is a head with nothing inside it except, well … air. 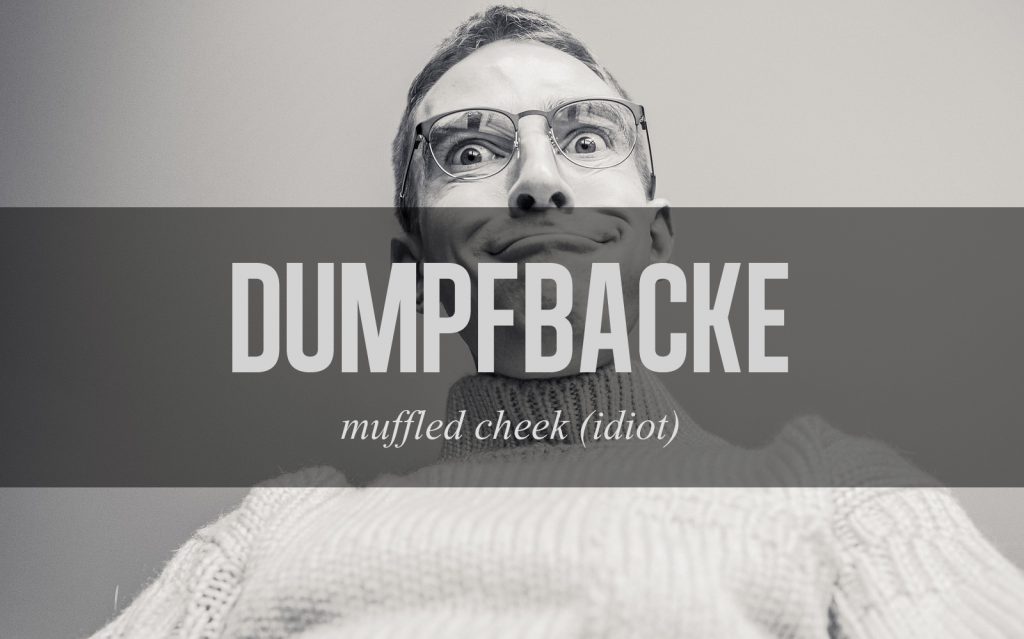 Last but not least, the Dumpfbacke (f) is a person who’s not just a bit naive and/or intellectually challenged but also lacks empathy and a general sense of reality. In short, the worst kind of stupid.