Books: The Secret Weapon Against Stress 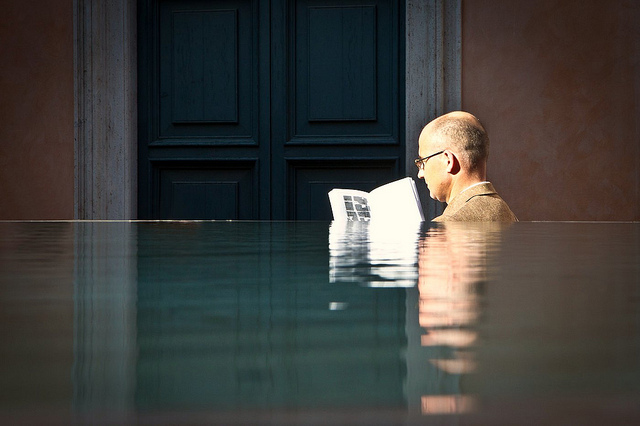 A study at the university of Sussex found that reading can reduce stress levels by 68%.

Technology has significantly accelerated the pace of life over the last century. Cities, factories, cars and television may have made our lives more comfortable but they have also taken a toll on our mental well-being. And we don’t even have to stand on a New York sidewalk, frantically waving over a taxi or trying to squeeze into a jam-packed car on the London Tube. Just sitting in front of a computer screen might be more of a stress factor than we’d like to admit.

In 2012, researchers at the Salford Business School asked Social Media users about their daily experience and what they found was that not only did people show heightened stress levels but some even experience anxiety when trying to log off.

Two in three respondents report finding difficulty in relaxing completely or going to sleep after spending time on social media sites, with over half saying they were “worried or uncomfortable” when they did not have access to their social network or email accounts. Of respondents, three out of five say they had to physically turn off their electronic devices in order to get a break, with a third of all respondents saying they do just that several times every day. The remaining two thirds do not turn off their devices, rather remain connected at all hours – agbeat.com

In the age of the smartphone it’s becoming increasingly hard to avoid this particular kind of technology induced stress. We experience “a relentless need to immediately review and respond to each and every incoming message, alert or bing”, as HealthDay put it. Some people even experience “phantom vibrations”, thinking they got incoming calls or messages when in fact, there aren’t any.

THE ESCAPE HATCH OF IMAGINATION

In the end the question is not how we can completely avoid technology induced stress – because we often can’t – but how to find more effective ways to wind down. A study at the university of Sussex found that reading may be the most potent way to relax, far more effective than listening to music, sipping tea or going for a walk. The researchers increased the subjects’ stress levels and heart rate through a number of exercises and then noted which methods were most effective for calming down. It took only six minutes of silent reading to slow down their heart rate and relax their muscles. Reading decreased the subjects’ stress levels by 68%, follwed by listening to music (61%), tea or coffee (54%), taking a walk (42%) and playing video games (21%).

Dr Lewis, who conducted the test, said: “Losing yourself in a book is the ultimate relaxation. […] “This is more than merely a distraction but an active engaging of the imagination as the words on the printed page stimulate your creativity and cause you to enter what is essentially an altered state of consciousness.” – The Telegraph

This all begs the question whether reading a book on paper or an ebook are equally relaxing. Furthermore, is there a difference between reading on e-ink device or on tablets? What about reading on a smartphone amidst a storm of incoming notifications? –

More posts about: internet addiction, reading in Books,Indie Publishing
« Sophie dePons: Education has to be Revived With New Trends
The Practice Of Not Knowing: A Third Method Of Foreign Language Learning »