Add a German-English Dictionary To Your Android Kindle App 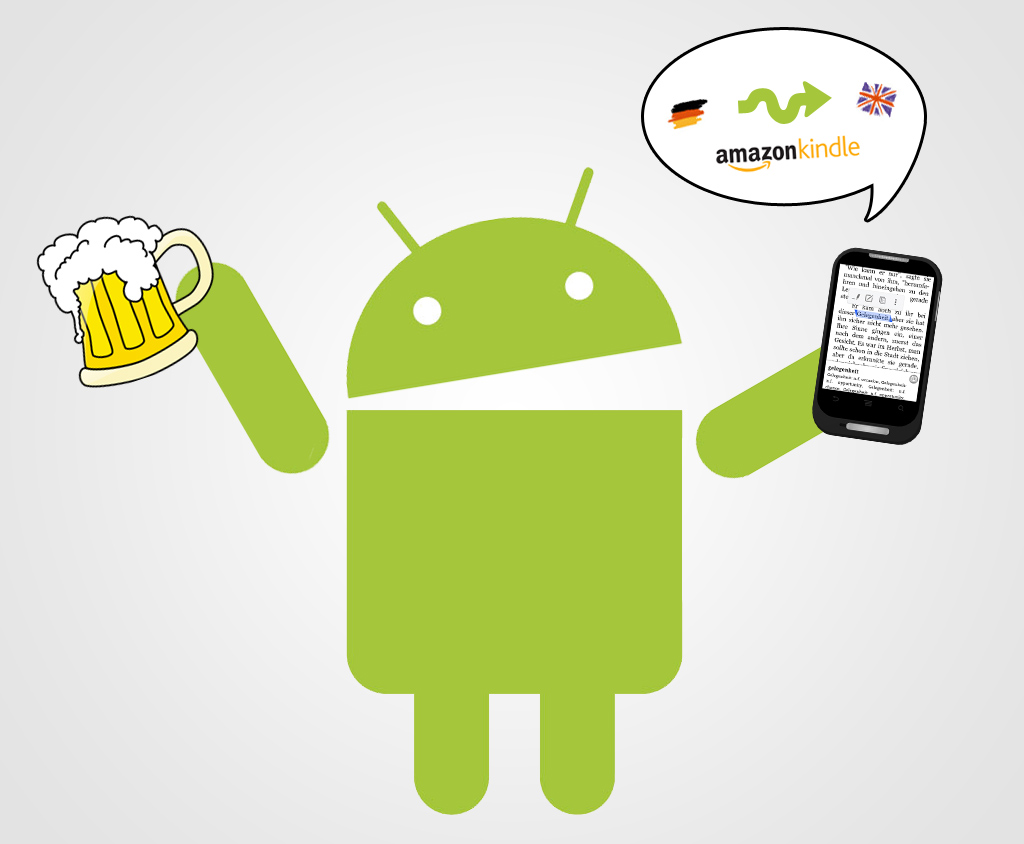 After writing a tutorial on how to enable a German-English dictionary on the Kindle app for iPad and iPhone, today I’d like to share with you how to enable the same functionality on your Android Kindle app.

On your iPhone or iPad Kindle app, you can just purchase a dictionary from the Kindle store and it will work right off the bat. On Android however, it’s a bit more complicated, but not impossible.

The process is a bit of a “hack”, i.e. you will have to work with the phone’s internal file structure, but the process is relatively simple, virtually danger-free and no rooting is required. In this tutorial I will focus on a German-English dictionary, but you can apply the same procedure to almost any language.

While opening any German book in your Kindle app, long-press on a word to get the dictionary popup. If you haven’t downloaded the standard German-German dictionary yet, you will be prompted to do so. Just tap “Download” and wait a few moments. 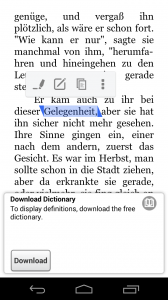 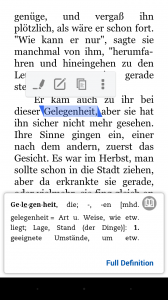 II. Replace The Default Dictionary With a German-English Dictionary

For the next step, we’re going to need to download a dictionary from somewhere. As usual, I recommend this site as a starting point where you can get (not perfect) but free dictionaries. Look for where it says German -> English (or click here) to download the dictionary to your computer.

UPDATE: This process also works with dictionaries purchased from the Kindle store. I tested it with the Collins Concise German-English Dictionary (which appeared as the file “B0052ZQMLO_EBOK.prc” in the folder “B0052ZQMLO” [see next step for complete path] on my Android device after downloading). Proof below.

After having downloaded your new dictionary, connect your Android device to your computer. Note: You could do all of this process directly on your Droid as well by using an app such as ES File explorer, but for now I’ll show how to do it in Windows Explorer.

1. Navigate to the Kindle App Folder on Your Android Device

NOTE: If you’re trying to translate from a different language than German, the folder and filename will be different. To find the default dictionary for another language, just download it through the app and then check the file structure for new folders.

3. Copy The German-English Dictionary Into The App Folder

4. Change The Filenames Of the Old And The New Directory (IMPORTANT!)

In this step, we’re going to trick the Android Kindle app into thinking that our new German-English dictionary is actually the old German-German one. In order to do this, we simply rename the new dictionary to the filename of the old one. As you can see below, I’ve changed German-English.mobi to B003YL4LVQ_EBOK.prc.

Windows will complain that “the file may become unusable” but you can just ignore that and click “Yes”. (If you want to keep the old dictionary, you can also rename the original B003YL4LVQ_EBOK.prc to B003YL4LVQ_EBOK.prcOLD or something like that)

Note: If on your Android device books show up as .AMZ files instead of .PRC it works the same way. Just rename the files and keep the extensions.

That’s it! Now you should be able to tap on German words and get the the English translation. If it doesn’t work immediately, restart your Kindle Android app. Also, depending on which dictionary you got, you may first have to select it as your default dictionary from within the Kindle app.

Below I’ve added a few screenshot of our new German-English dictionary in action. Simply tap a word to get the translation. By tapping on “Full Definition” in the popup you can read the whole dictionary entry and get more information about individual words. 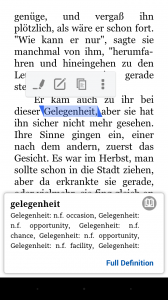 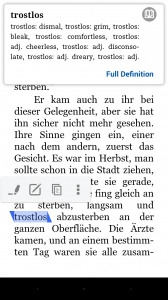 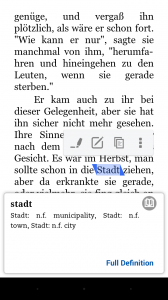 UPDATE: As promised above, here’s a screenshot of the Collins Concise German-English Dictionary, running on the Kindle android app. 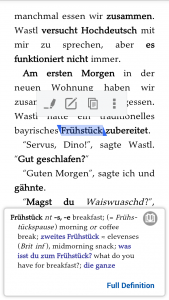 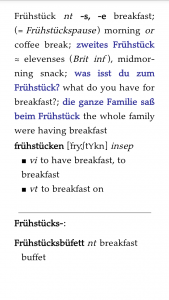