A Brief History of Peer-To-Peer Networks 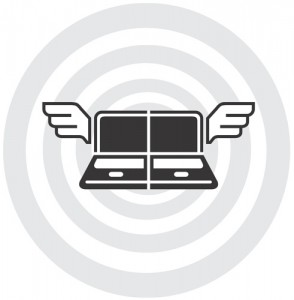 If there’s anything that turned the three words “peer to peer” from an obscure and abstract concept to a game-changing technology for both music fans all over the world and lawyers in air-conditioned offices then it was Napster.

To kids growing up today who regularly put iTunes coupons on their Christmas wish-list it might seem weird, but Napster actually allowed you to download as many songs as you wanted, for free, before the lawyers of Metallica, Madonna, Dr. Dre and many others finally forced the platform to shut down.

The magic behind this (free music for everyone, not the suing!) was Napster’s peer-to-peer network. You could share all the music you had on your computer with everyone on the planet and in return download everything they had.

A P2P network is de-centralized. There is no central server that everyone is forced to go through. Put simply, everyone is connected to everyone directly.

Lawsuits instead of Business-Models

Unfortunately, since Napster’s shutdown, P2P has become increasingly demonized. It’s used in the same breath as file-sharing and piracy or “stealing”. And demonizing file-sharing neither stops people from doing it, nor does it replace coming up with new business models.

In short: The technology is not the problem. It’s the inflexibility of old corporate structures to adapt to the winds of change.

For now, let’s just note that P2P and “illegal file-sharing” are actually two different topics. The former is a technological infrastructure while the latter is a legal concept.

Also, there is such a thing as legal file-sharing using P2P technology such as BitTorrent which is widely used for enabling fast downloads of Linux distributions and other open source projects.

But there are also a lot of other things that you can with P2P technology apart from file-sharing.

This is what we do here at Learn Out Live. We connect teachers with students by using a very popular peer-to-peer software: Skype.

Yes, Skype works on a P2P basis. And it works so well for language learning that I’ve written a whole book about it explaining how anyone can become an online teacher by doing this.

There is of course other P2P software you could use but Skype is simply the best (at the moment) for a simple reason: Everybody uses it.

Also, the fact that Skype recently was bought by Microsoft shows again: P2P technology doesn’t have to end in a lawsuit disaster but can become a highly profitable endeavour.

Bit-Coin is the world’s first P2P currency which could transform economy as we know it by circumventing banks and create a 100 % decentralized payment system for the planet.

Already now it has replaced the “donate by paypal” button with “donate bitcoins” on many tech-blogs. And if a critical mass of people will use it, paying with dollars or euros might become what international landline-phonecalls are to Skype-calls: antiquated and expensive.

We use P2P for file-sharing, we use it for talking to people all over the planet, recently we are even using it as a payment system. So the next logical step would be to have a Social Network on a peer-to-peer basis, wouldn’t it?

Diaspora tried. But for now, it just seems to geeky, too complicated for getting that critical mass.

But is Google+ the answer?