Want To Study At A Japanese University?

If you’d like to study at a Japanese university, read on. If you don’t… read on anyway! You might find this interesting.

At the present time, Japan is undergoing a chronic shortage of students for its well-respected universities. (Most of you will have read one of the numerous news reports in recent years concerning Japan’s declining birth rate. Eventually, such things have consequences.) As a direct result, the Japanese government is looking outside Japan’s borders for good heads and warm bodies with which to fill its post-secondary institutions. 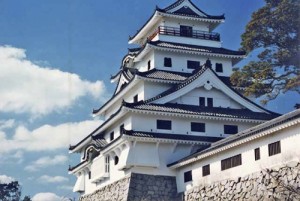 Under strong government pressure, Japanese universities have flung open their doors and are arguably more inviting to foreign students than they have ever been in their existence.This represents a tremendous opportunity for anyone outside Japan who wishes to study at a Japanese university.

Applicants still have to prove that they can understand spoken and written Japanese, and to a limited degree at least, write in Japanese.

This is by no means a small problem.

The EJU – the Examination for Japanese University Admission for International Students test – is used to evaluate international students who wish to study at a Japanese university.

I have personally reviewed a sample test. I would gauge the level as equal to JLPT Level 2. (That’s for Japanese Language Proficiency Test, and while it’s added a new level, levels 1 and 2, the highest, are 100% the same as before.) However, while the JLPT is oriented around a) international business, b) ability to function linguistically in general Japanese society, the EJU is oriented around operating in a Japanese university environment.

As such, the EJU is more narrowly tailored than the JLPT; thus, the EJU is somewhat easier than JLPT level 2.

This is still a problem.

Those who are already familiar with me know my story: how I began learning Japanese once outside high school with a powerful knowledge of English and a practically native level knowledge of French (both in what I might call “international, standard” forms). I learned Japanese on my own, from scratch, and let me tell you, it was hard.

I have a true love for and appreciation of the Japanese language, but there were several things working against me which I spent years overcoming:

Free Internet resources are, in the end, based on the same books colleges across the United States, and universities throughout the English-speaking world (note that I’m referring to the same things, but in the U.S. “colleges” is the preferred word). I have read some of these books. I have seen the results of the teaching done with these books. I have spoken in depth to those who have been learning from these books. I feel confident in making the following statement:

The books written in English for learning Japanese are deeply deficient, too.

This is, in large part, why studying for the EJU is a problem. If the books are holding people back, that is definitely a problem.

In addition to this, let’s be real: teachers teach from the book. Teachers try to teach beyond the book to some small degree, but frankly, not all that much. Also, not nearly enough to deal with three very deep, basic flaws.

ONE: Weaknesses in fundamentals are not fixed before moving forward, and remain unaddressed years later. 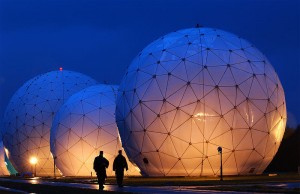 "the structure itself has a core to it, and this core simply must be learned."

This is a problem with teaching in many contexts, but is particularly ruinous with the Japanese language. Put simply, Japanese language has a firm structure. That structure can be toyed with, pared down for efficiency, and manipulated for allegory, metaphor, and broadly speaking, art, but the structure itself has a core to it, and this core simply must be learned.

Normal textbooks, courses, and teachers simply are not teaching the fundamentals of Japanese properly. The books do not explain well; the courses do not elaborate in ways that are simple and effective; and teachers are, often through no fault of their own, slaves to the dictionary and to the textbook.

As a former professional Japanese to English translator, I am particularly wounded by the discoveries I have made as to how the Japanese use their own language, and how the teaching of English natives simply does not reflect these truths.  Having overcome my own difficulties, and having recorded what I have learned in my lessons with Learn Out Live, I am well prepared to help everyone else avoid the same mistakes; if possible, to avoid making them from the beginning. If this is not possible, I will simply work with learners to repair the damage.

This becomes a more acute problem as students climb the totem pole of Japanese knowledge. Simply put, language books do not dwell on kanji enough; you see them, they get talked about a few times, and then the teacher moves on. This is absolutely unacceptable.

No human being of reasonable to above average intelligence can be expected to learn a kanji for good, that is, committing it to long-term memory, without seeing it in helpful, meaningful context, a minimum of four or five times. In my experience, having the mind concentrated on a particular kanji in a memorable context is the best way to learn them for good. Of course, most of my experiences in this were when I was translating for money; yet financial pressure was a small part only. Rather, the important thing was understanding a word in its original context, like observing birds unaware of human presence, in their native habitat. The context was untainted by dictionaries or well-meaning but misguided professors trapped in an ivory tower. I was learning these kanji, and the words built by these kanji, in the field.

This is the knowledge I bring to my teaching. I take the student beyond the dictionaries and teach hard-earned experience to simplify the language and make it make sense. If that’s not the job of a teacher, what is?

THREE: Books are organized around the native English learner’s frame of reference as if reading a Berlitz phrasebook for tourists.

This is partly related to Big Problem Number Two, but it deserves its own place in jigoku – Japanese for “hell” – all its own.

The words being taught are not related to each other as words.

"each individual piece of linguistic knowledge (… ) is connected to other pieces of knowledge."

Let’s take a moment and imagine language as one very large spider web. Language begins with a core. Beyond this core, each individual piece of linguistic knowledge – a word, a phrase, a particle – is connected to other pieces of knowledge. As you learn more and more pieces, you expand the web and broaden your total knowledge.

In contrast, the Berlitz method is dots on a graph… and without the lines to connect them. Again, this is a scatter shot method; the learner’s effort is divided, split apart in unrelated directions, and the knowledge is briefly memorized, not learned and retained.

There is a better way. Put simply, the way to success is through teaching related concepts.

My current main student is a long-term Japanese student, an  aspirant for the EJU who is committed to his dream of studying long-term in Japan. This week, I taught him a lesson centered around “changes of state.” For this lesson, I invented a fictional character I call “The Amazing Yuri-Chan,” a woman with the incredible power to change her shape to that of a cat, and to even change her color as a cat, and change back to a human form.

Additional twists included: the wording for human being, the word for form; how you can become a distinct thing, but you can only take a form; and how Yuri could “become a human being once more,” and why this was slightly direct and more poetic, rather than blunt and literal.

My student declared this to be the best lesson he had received in his life. After all:

This is the road map to success.

The Solution: Learn Out Live

Do you want to study at a Japanese university? You need Learn Out Live.

Learn Out Live offers customization of lessons that are appropriate to the needs of the individual student. No one is too new to Japanese for us. As director of the Japanese Department, my first priority was to design a series of lessons intended for the complete beginner. You, too, can go from Zero to Hero with Learn Out Live’s “Fundamentals of Japanese” 20 lesson pack.

I mention 20 lessons because ordering 20 lessons gets you a nice discount. If you decide to commit for the long term, wonderful; we want your business. You are our honored customer.

You might ask, “What if I’m not a beginner? What if I’ve been learning from those “other” courses and schools, and I don’t know enough to pass the EJU? What about me?“

I’m a former Japanese to English translator, remember? I swam through a sea of kanji to put food on my table. My problem in entering foreign language tutoring was crunching everything down for the beginner, not any kind of weakness in handling advanced kanji concepts.

The real problem is plugging the holes in a person’s knowledge that, through no fault of their own, were created by flaws in the education processes used to teach Japanese as a foreign language. (Whether that’s what they call it or not, that’s what it is.) Plugging those holes in the most effective, efficient manner is my job. I have a wonderful track record of success so far, and I don’t plan on stopping now.

Most importantly, is this. 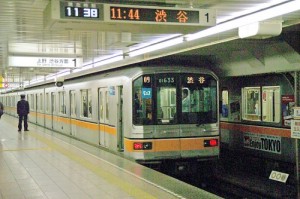 "Japanese is a living language that holds the soul of a nation within its ink. You do not need to learn Japanese as if it is a dead fish "

Studying in Japan means more than just the classroom. Conventional methods used elsewhere could leave you helpless five seconds after a class ends when everyone around you switches to colloquial versions of Japanese that other teachers aren’t covering.

With me, Jeremiah Bourque, and Learn Out Live’s Japanese Department, you will learn Japanese as a Second Language, or put simply, Japanese for Real Life.

That doesn’t mean learning it in a day. That means learning Japanese step by step, learning the pieces of the language and the culture of Japan that you need to place what would otherwise be random pieces of vocabulary (clumped together Berlitz-style) in a full, rich, holistic, powerful manner.

Japanese is a living language that holds the soul of a nation within its ink. You do not need to learn Japanese as if it is a dead fish, or something only of use for university mottoes and phrases stamped on currency.

The Japanese language is a bridge to a country, a culture, and a people.

I hope you will choose Learn Out Live as your guide across this bridge, bearing a lantern to light the way.

Thank you for reading.

More posts about: development, education, information age, japan, Japanese, strategies, university in News
« I Am…
How To Learn Japanese »