The Art of Singletasking 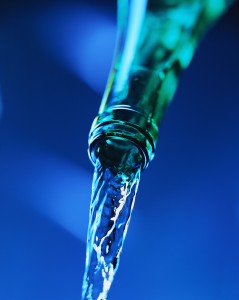 Computers and humans have a lot  in common. They not only have to be  slim and good-looking, they also have to be multitaskers. If you are human and want to apply for a job, don´t forget to mention that you have good multitasking skills.  If you are a computer or a new mobile phone , don´t forget to remind your developers to equip you with a multi tasking function. Otherwise, you will be bullied by other computers, but mostly by other humans. And if you are a new browser, try to stay as simple as possible so users can multitask themselves crazy on your platform, they will love you!

But let´s stay human for a moment. The term “multitasking”  in psychology (ironically originally a technical term) describes the performance by an individual to handle more than one task at the same time. You can drive a car and simultaneously listen to the news on the radio. You can eat spaghetti and simultaneously watch your favourite TV series.  You can talk to your mother on the phone and simultaneously chat with a friend  on facebook. Wait a moment, can you really do that?

Psychologists  distinguish between actions that are performed automatically and actions that require a lot of direct attention.  An example for the first might be tying your shoes. This is a task you have performed thousands of times in your life. While tying your shoes you can easily pay attention to something else, for example talking to your dog.  But psychologists found out that most actions require a lot more attention than you need for tying your shoes. This means that if we are confronted with two or more tasks at the same time, our brain gets easily overtaxed. To handle this situation, it works like a filter and choses the tasks to be solved first and to be ignored first. Metaphorically speaking, we have a “bottleneck-brain”, you can turn the bottle up-side-down, but the water full of tasks will only run out very slowly.

In short:  Our human skills to multitask are limited.  A computer can process tasks simultaneously, but we cannot. Our processing is much more step-by-step than we think. Then, what is ment by multitasking in job-advertisements? When expecting you to  multitask, your boss doesn´t actually want you  to do a lot of things at the same time but to be able to work under pressure, to be flexible and effective.  However, most of the time, as studies suggest, this so called  “multitasking” is all but effective.

Take the use of computers. We turn it on, start the browser – start the email-client – start skype –  open all tabs in one window – begin reading an article – check the mails – who is online? – what am I gonna listen to? – oh gotta read this later –  haven´t replied to that yet…….with the result of not finishing any task at all and having an awkward feeling like in an “Inability-to-run-dream”. (Don´t google it now!)

When we try to “multitask”, we are actually inefficiently singletasking. We are queuing and interrupting single tasks without finishing them because we are unable to concentrate. Although the term multitasking sounds pretty trendy,  we have to call it what it actually is: It is bad singletasking. Good singletasking on the other hand is almost the same as “multitasking” except the fact that we actually finish the tasks we are working on.  It is more efficient and healthier as well. This makes your boss happy and you will feel much better.

I tried hard to be a good singletasker while writing this article, but it is not easy. The problem is, I cannot blame anybody for getting distracted and fuzzy. I cannot blame technology just because I´m jealous that my computer is a much better multitasker than my brain. I cannot blame my grandma for calling me while writing.  I cannot blame Mozilla for popularizing the tab-function. There is only me to blame. I can stop it. I can learn how to make plans, finish one task at the time, take breaks, strengthen my attention and occasionally…wait, gotta check this mail…uhm sorry,…do this.

More posts about: distraction in Lifestyle,Technology
« Why One Reality Isn’t Enough Anymore
How Social Media Leads to “Social Crash” »