On Friendship, Benevolence… And Strategy 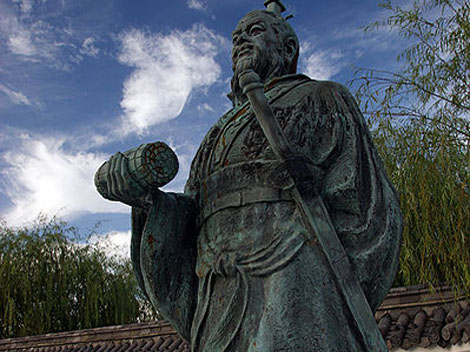 Instead of quoting Sun Tzu or Nietzsche, let me start with a version actually coined by my own father, one Eric Bourque:

Seriously, there’s a ton of wisdom in that right there.

When this line came out of his mouth, we were discussing the subject I am addressing here today.

The Importance Of A Reputation For Generosity

For the general, or anyone taking up a role similar to that of a general (such as modern Sun Tzu readers in business, politics, and so forth), it is critical to build a reputation for generosity. In this case, the fact your position and role is in public overrides the simple morality of keeping your generosity private and unacknowledged. That might be, in more modern terms, the Christian thing to do, but it isn’t a useful strategy.

You want to be known for being a good guy (or girl).

Anyone occupying a role of any importance is overwhelmingly likely to have some friends. These may not be true friends, in the sense that they would stand by you if you had no power and no money, but never mind that. They consider themselves your friends, and they are considered by others to be your friends.

How well are you treating them?

Many people who desire greater power and glory treat their friends astonishingly poorly, with the greatest of contempt, using their friendship as reason to beat them around all the more. After all, their tolerance for abuse is higher due to the existence of the friendship; that makes them better targets.

This is the same mindset that spends money liberally to be seen spending money liberally, not because it is buying anything important, but because the sheer contempt for money shown implies that you are very rich indeed. By the same token, to be seen treating friends with such contempt implies, on an emotional level, that you have a lot of “friends” to go, so losing one or two is of trivial importance to you.

This attitude is born of fear.

Essentially, it is fear of weakening the self out of a fear that the self is fragile that causes us to behave in a mean-spirited manner.

The mother of excess is not joy but joylessness. – Friedrich Nietzsche

Contempt for others is armor we put on ourselves to hide our vulnerability from the world.

That which is born of fear and weakness cannot help but produce pain for others. This pain might make us feel better, but it is astonishingly destructive to our interests. To wit:

Nothing on earth consumes a man more quickly than the passion of resentment. – Friedrich Nietzsche

Making someone resent you is a high percentage method of turning friends into enemies for sheer ego.

It is the opposite that we should do.

What can we do to make friends feel valued?

This will demonstrate that you are a good friend, one who values his or her personal relationships like fine treasures rather than garbage.

There is, however, a reverse side of the coin.

Being A Bad Enemy

Strategically speaking, it is important to be known for generosity to those who reciprocate.

“The Commander stands for the virtues of wisdom, sincerity, benevolence, courage, and strictness.” – Sun Tzu

Benevolence means helping, but doing so in a way that reflects tough love where it needs to be tough, not charity for charity’s sake (the sort that is given to inferiors, not equals).

By the same token, strictness has a simple meaning: treating those who betray you, who lie to you, who cheat you openly, who attempt to take advantage of you, who seek your downfall, as your enemies.

Thus, you must be seen to show not contempt, but anger; not rudeness, but outrage; not viciousness, but determination; not jealousy, but justice.

Of course, your friends and enemies have their own friends as well.

Thus, we can give advice as follows:

– Mediate between your own friends.

– Protect your friends against your enemies.

– Protect your friends against their enemies.

– Respect friendship between a friend and an enemy of yours.

– Do not betray a friend to his enemy, though that enemy is your friend.

– Do these things with sincerity and conviction.

In this way, you will gain a good reputation – one that you will need for deeds both good and evil. Of course, as Nietzsche would say, good and evil would depend on the eye of the beholder – particularly if the beholder is powerless and envious and fearful.

The point is, without a reputation for benevolence and for valuing friendship, you will never become truly wise.

What you do with that reputation is up to you.

The Benefits Of Friendship And Benevolence

In my book, Sun Tzu for the Modern Strategist, I turn my father’s observation into a fuller quote with added context from the original conversation.

This is my lesson for today.