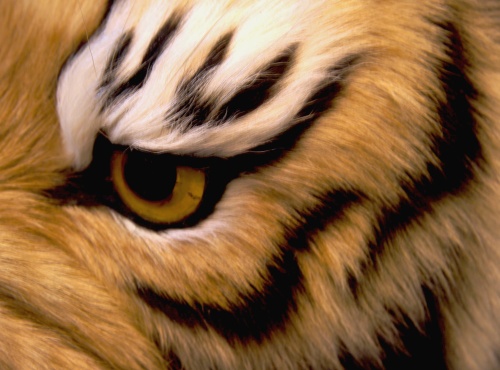 As readers of this blog may be aware, I am a person who has thoroughly read and studied Sun Tzu’s The Art of War. I even wrote a book explaining the terse passages at some length, with less arcane language, though I’d be kidding if I said it was successful; I just didn’t want to let the inspiration lapse. Besides, it was good to get everything out; I can shorten and write about specific things at will, and it’s easier.

But Sun Tzu can’t teach you everything.

Ultimately, The Art of War was written for generals; high ranking servants of the state with a specific, unforgiving task. It doesn’t really get into the issue of how to be a leader. Why would it? It’s highly presumptive for a general to be telling a king how to be a king.

Honestly, one thing that frustrates me when reading novels that include royalty of some kind, and so forth, is the idea that being a king is hard or complicated. Becoming a king is certainly a nearly impossible task. Actually staying in power, and exercising it… that’s not as hard as people make it out to be.

As for being complicated… when a leader is losing himself in complexity, that leader ceases to be effective. Put another way, officials can always make things more complex, but only the leader can keep things simple.

This is a critical role.

Animal Spirits: The Intangibles of Leadership

Animal spirits is a term that has been used in the past by economists to theorize about the business cycle. The idea is to invoke non-Christian religions and treat these ideas like, well, totems; animals as metaphors for action. Thus, the wolf, tiger, hawk, bear, and so on, represent drive, vibrancy, and motion.

Strategy gives a person a large array of tools with which to analyze a situation for the pursuit of goals. Establishing those goals, and prioritizing those goals, is the province of the leader.

More to the point, only the leader can do it.

Being a “details person” is rarely an asset in leadership. If it is an asset, it’s only because this type of leader learns the discipline to focus his or her understanding of details on those issues which are most important and most critical to the organization. In other words, it means narrowly focusing on a small set of problems, even though the set of problems for any organization is obscenely large.

No one else has the liberty or the perspective to choose which small details require this kind of personal attention. Everyone else has been assigned tasks and, for better or worse, people are not going to be sticking their noses into the tasks of others without creating, or being on the receiving end of, a lot of interpersonal hardship and organizational chaos.

Only the leader can bring focus.

In many personal combat situations, with opponents roughly matched in strength and reflexes, seeming to move faster is not a function of “speed,” but of eliminating wasted motion. Through not expending energy, time, and space on unnecessary movements, the combatant appears to move faster.

Focus is a small word encompassing a lot of big things.

Who else is going to do it?

After all, the true nature of the animal spirits is simple enough: they are the energy and drive of your people, harnessed towards a goal that is clear and evident to all.

The leader isn’t imposing leadership because his own energy can see this through. That’s not possible. It is only through his own energy pushing others to use their energy, that which they generate on their own with their own hopes and dreams, individual brilliance and group coherence, that makes an organization shine.

The real world will make everything complicated enough later. Only a simple, powerful idea that people can latch on to can overcome these innumerable obstacles.

Mysticism used as metaphor is for describing this process, not replacing it. Having vivid mental concepts is great, and I love to use them, but one should never forget that descriptions are formidable when they are connected to something in the real world.

The Economist has an entry for Animal Spirits reading thusly:

The colourful name that KEYNES gave to one of the essential ingredients of economic prosperity: confidence. According to Keynes, animal spirits are a particular sort of confidence, “naive optimism”. He meant this in the sense that, for entrepreneurs in particular, “the thought of ultimate loss which often overtakes pioneers, as experience undoubtedly tells us and them, is put aside as a healthy man puts aside the expectation of death”. Where these animal spirits come from is something of a mystery. Certainly, attempts by politicians and others to talk up confidence by making optimistic noises about economic prospects have rarely done much good.

Confidence isn’t about some politician mouthing off. It is confidence in yourself and what you are prepared to do to make a business work.

Business is not a game of roulette. It is an undertaking where effort is king.

The king just has to focus that effort in order to make it productive – figuratively as well as literally.

Ruling a jungle means occasionally having to get up and swat something. It’s just a matter of knowing when to get up, and what to swat.