Japanese Culture: Why “Gaijin” Isn’t So Bad After All

The Japanese concept of 内と外 (uchi to soto; inside & outside) is considered a cultural concept that perpetually keeps the 外人 (gaijin; foreigners) on the outside of society. In some sense, this is entirely correct. However, it is not the complete story.

“Uchi and Soto” is, first and foremost, a linguistic concept. 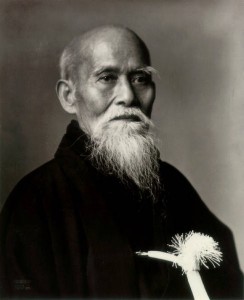 Perhaps you have heard the expression, what goes on in Vegas, stays in Vegas? This expresses that everything that happens 内に (uchi ni, within; in this case, within Vegas), stays in Vegas, and therefore, does not go outside Vegas, that is, 外へ (soto e, without; outside of Las Vegas.)

Linguistically, what Japanese people cannot tolerate is uncertainty; they need to be able to address a person or thing properly. They require a frame of reference. Without knowing a person’s name, specific nationality, or even specific ethnicity, they first and foremost use 外人 as a category, and not as a label with which to disparage others

Consequently, the meaning that people affix (付け (tsuke), affix/ attach) to “gaijin” is something that happens after the fact. This is true both for Japanese people, but especially for paranoid outsiders who are accustomed to Western societies where being “on the outside” is universally thought of as a bad thing.

Do the Japanese consider Mickey Mouse bad? Do they consider Ronald McDonald a foreign intrusion? Some Japanese people do; this is true of many countries where a certain political clique plays up foreign influences to portray local culture as under attack by it. (As a Canadian, I am very familiar with this song and dance.) However, most Japanese do not see things this way.

These things come from the 外 (soto), not the 内 (uchi). They are not “internal,” but that does not make them good or bad. “Good” and “bad” are things that people must decide for themselves – separate from “outside” and “inside.”

Good and bad are different linguistic concepts. “Uchi” and “soto” are completely separate, in and of themselves.
Thus, being a 外人 is not an inherently bad thing to your average Japanese person. What makes “gaijin” nervous is the sense that they are outsiders; many come from countries where being an “outsider” in any sense is considered bad, pure and simple. At the very least, they feel uncomfortable with their outsider status.

Allow me to explain in different terms what gaijin are in Japan:

To a great many Japanese people, meeting a gaijin is a noteworthy event; there are not enough gaijin in Japan to bump into them on every train and at every bus station.

Put very bluntly, much of Japanese life is boring and routine. This is why Japan develops so much culture, and why Japan is excited about foreign culture: it breaks the monotony of daily life. If something is not at the expense of local culture, it is a novelty; something interesting that sparks the curiosity of the local resident. Now, not everyone likes new, foreign things; there will be grouches and grinches  in every society. You simply need not assume that everyone taking note of a gaijin is taking note in a bad way.

Who knows? You may have just made someone’s day just by being different; just by being in the same part of time and space. There is no need for you to assume that being a gaijin rubs people the wrong way. You’re a novelty. You can’t change that you are a novelty, but you can roll with it: adapt, appreciate, and enjoy being “from” the outside, but part of the life and culture of society, and its various members, nonetheless.