I was looking into publicly available information about the types of questions on the speaking portion of the IELTS academic test, which is a test used by universities in the United Kingdom, Australia, and Canada to assess the English language skills of non-native speakers. The testing system was designed to test the readiness of a student to be educated in English in a Western university.

You might find “in English” and “in a Western university” to be redundant. They are not.

A Western university has its own particular set of cultural biases. By saying this, I am in no way implying that it is wrong to be biased or to have opinions; debate and argument is all about having an opinion and expressing it in an intelligent way. However, a person taking the IELTS test may mistake various questions for being nothing more than neutral questions that are meant to test your language skills. This is not… completely correct. 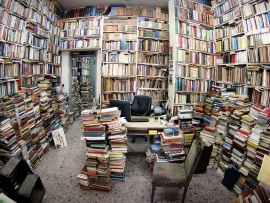 The IELTS testing system was originally designed to test a student’s readiness to be educated in an English language Western university. This readiness is measured not only by fluency in the language, but by the ability to understand and smoothly relate to the education culture of these institutions. Thus, while technically, the test is about the language, the questions chosen by the writers of the tests are intimately related to the culture of these educational institutions.

My concern is that someone taking the IELTS will have an adequate command of the language, but will not be aware of the cultural background of the questions being asked. Since the speaking test measures the individual’s comfort level with English, both for subjects the person is familiar with, and subjects the person is unfamiliar with. In other words, there is no clear dividing line between unfamiliarity with the cultural background of a given question, and lack of skill with the language in and of itself.

Thus, a student could potentially receive lower marks purely by not being personally familiar with the context of the question. As I conducted my research, I found questions appearing in the speaking portion of the IELTS to be “hot button” issues for teachers and professors in English-speaking countries. Thus, each question, and the possible answers for each question, are not simply issues of language; they are issues of culture as well.

This essay is intended to inform you about the context behind one particular subject: public libraries.

In this case, the questions involved a public library. Specifically:

…Now, this takes a little explanation. I will explain the cultural context that rests behind these questions. 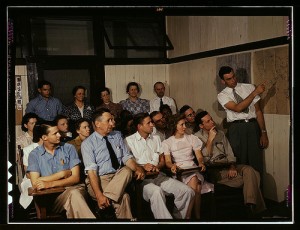 In this age of the Internet, the role of public libraries seems to be diminishing.

First, the testers themselves may have received education in public schools. Second, were likely educated at universities that receive public funding. Third, their university educations were probably funded by the government with student loans.

Even if these things are not true, the dominant educational culture holds very strongly that public libraries are instrumental – deeply important – for encouraging the public to read more and to gain greater education and knowledge. Spreading knowledge in this way is believed to benefit all of society.

In this age of the Internet, the role of public libraries seems to be diminishing. Also, the rise of “texting” (SMS messaging), television, video games, and online video are diminishing the role of “real reading and writing” in modern society.

Academics, that is, the teachers and professors who dominate education, are very hostile to these changes. They are personally and culturally resistant to any reduction in the role of public libraries, to government cuts in funding for public libraries, and will easily take offense at anyone suggesting that public libraries are worthless.

Even if your speaking test tester is a saint, and is not trying to take personally an answer that says, “With the rise of the Internet, public libraries are not very useful anymore,” this person may subconsciously (unintentionally) give you a lower score. In the worst case, the tester will view your giving an “unusual” answer as a sign that you did not really understand the question, or that your language is somehow defective, resulting in a flawed answer.

However unfair this may be to a test subject with a legitimate disagreement, this is the reality: this question has only one good answer. Even if, somehow, you passed this test and entered an English-speaking academic environment, actual teachers and professors will give you lower scores for answering in this way, and they will easily find excuses to do so, no matter how correct your word selection and sentence structure may be.

As for the “Discussion” section, this is not an issue of simply “answering correctly”: it is an issue of appearing comfortable while giving appropriate answers. (Even if this is not, strictly speaking, what you are told, it is the reality of standardized testing.) The following explains what the tester’s view probably is:

– Should governments invest in libraries?

A. Yes!! This is an important political issue to most teachers and educators. Politicians starving the public’s appetite for knowledge by cutting funding for public libraries is seen as directly damaging the future of society.

– What do you think about old people who use libraries?

A. It’s wonderful! Professional educators think that knowledge is something adults can gain over their entire lives, not just in youth. Therefore, the idea of elderly people using public libraries is a) a good thing, b) flattering to their profession, c) representative of a strong, well educated society.

– What information would you need or would you be looking for in a public library?

A. Anything’s good!! Just explain it in a convincing way. Be honest. Explain what kind of information you need, or would want to find, in a public library. Use your own words. The important thing here is to sound comfortable with the English language.

– Do you prefer to go to a public library? Why?

A. “Yes” is good!! There are, of course, private libraries, but since public libraries “belong to the people,” teachers are in favor of using them much more than private libraries. The tester is, consciously or not, testing how well you understand how deeply teachers feel about this and how well you can convince other people that these teachers are correct to believe public libraries are valuable.

– How a library could have impact on people? 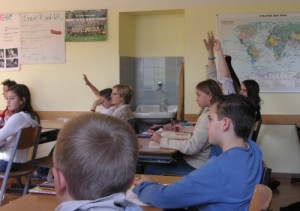 Broadening your horizons means expanding your knowledge, becoming curious about more things, and gaining more awareness about the world around you

A. By helping them learn and by “broadening their horizons.” (Broadening your horizons means expanding your knowledge, becoming curious about more things, and gaining more awareness about the world around you.) Libraries are supposed to have an impact on people by stimulating their desire to read and learn, and also, by providing specific information. However, libraries are supposed to be more valuable than just the information itself, but by inspiring people to read and learn. Try to understand these concepts – they are important in an academic environment.

– Is a public library helpful to children?

The tester is testing your ability to make a convincing argument that a public library is helpful to children. (Whether this is “correct” or not for what should be a neutral language test is irrelevant; we live in the real world.) If you can make a convincing argument, using English smoothly and competently, you will score very high on the IELTS academic test speaking component.

Thank you for reading.