How To Learn Japanese

There are many schools of thought for how to learn Japanese. Allow me to briefly present mine. 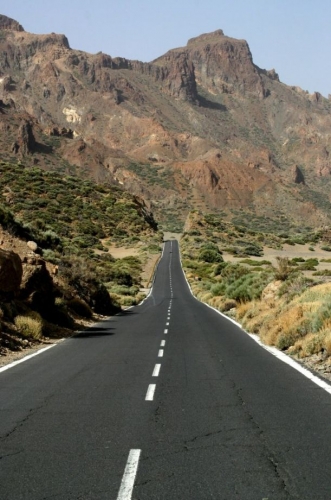 If your goal is to know a few cool words to impress your friends, you do not need to learn very much. If your goal is to hold a brief oral conversation with a Japanese person, you need to know considerably less than others.

If, however, your goal is, as an example, to study or work in Japan, your task is formidable. You will require a thorough grounding in not only spoken Japanese, but written Japanese – which is a tall order.

Fortunately, I am a former professional translator and a highly skilled tutor. With time and effort, I am fully capable of bringing a person from complete beginner status to being able to pass various Japanese language proficiency tests with a reasonable degree of comfort. It’s just a matter of what you need, and how much attention you can afford.

If your goal is to be able to play import Japanese video games – and hey, it comes up – I can help with that, too, because I do. I used video games as one of my language learning tools, but I was walking a tightrope without a net. I had to learn the hard way. It takes a lot of Japanese to get good at this sort of thing, but I have seen tons of specialized vocabulary in this area (such as mil-speak (military jargon).

If your goal is to be able to watch raw anime, I do that, too. It took a long time, but my time as a manga translator helped me understand colloquial Japanese much better. If you want to read manga, I used to translate them for a living. You won’t find a better person for teaching you. After all, I am accustomed to explaining things. Most people are not.

#2: Don’t Worry About Kanji… At First

My “Beginner Japanese” lesson unit (10 lessons total) doesn’t touch kanji beyond mentioning what they are and where they come from. Let me rephrase that: “Beginner Japanese” doesn’t touch kanji at all. (That comes immediately after.) To most Western learners, kanji may as well be hieroglyphics written by space aliens. Now, once they get explained to you, and you start very simple and very easy, it’s a lot easier… but it still takes time.

More importantly, everyone has to start by learning hiragana and katakana, the “alphabets” of the Japanese language. For the most part, Japanese is a very phonetic language: what you read in both kinds of kana is exactly how a word is pronounced. Thus, kana is critical to learning how to pronounce kanji later. Also, katakana is used for foreign loan words like “baacharu” (“virtual,” as in virtual reality). Since “real Japanese people” toss loan words into everyday speech, thinking that it makes them sound cooler (like when English speakers throw French words into their sentences), learning how to read these loan words is essential.

Most teachers for regular Japanese courses in colleges, high schools, and so forth, give students two weeks to learn kana enough to see it without assistance in class.

This is, generally speaking, completely insane.

In a perfect world, it’d be that easy and simple. In the real world, the culture shock of seeing basic words written with a new kind of alphabet that doesn’t use “roman letters” (you know, like you’re reading right now) results in slow pick-up and numerous and major holes in a student’s knowledge. Also, the mind of a late teen or an adult is oriented towards remembering whole words, not learning an alphabet with vowels and consonant sounds linked to vowels like “ka, ke, ki, ko, ku.”

So forget about kanji… at first. Kana needs time, and in the meantime, you can learn the following cool things:

…and so on and so forth.

This is just scratching the surface.

The simple truth is, kanji take time and it’s crazy to get too complicated too soon. Even if I can tell you that “kanojo” means “she” in Japanese, but that “a kanojo” (as a noun, not as a pronoun) has the nuance of “a girlfriend,” you won’t be able to read it in full kanji, and remember it for the long term, right away.

Kanji operate on a visual level. With any visual medium, you need to see something several times, in a context that matters, to really have them sink in.

Kanji are also concepts. For example, “puppy” is formed, in kanji, with a compound that reads, “child + dog” (i.e. child of dog, = puppy). This is what I like to call kanji logic. Kanji have their own logic to them, and using simpler concepts to create more complex concepts really helps a learner enter the Japanese mindset.

Also, it’s very important to keep learning fun and interesting. As soon as it becomes a chore, it’s time to stop and regroup.

For example, I have created a five lesson pack covering Japanese Restaurant Culture. Want to learn all about sushi? Did you know that “sushi” is, in and of itself, the rice? (It’s vinegared rice, to be specific.) “Sashimi,” on the other hand, is raw slices of fish. Want to learn how to make reservations over the phone? I mean, it’ll take practice to get good at that, but you can at least be armed with information… and have fun.

I have also created lessons on Japanese Classroom Culture, explaining the basics of classroom etiquette, bowing etiquette, the relationship between the teacher and the student in Japan, and so forth. Hey, if you’re going to go study there, this is important!

#4: Building A Spider Web Of Knowledge

Japanese knowledge is best built using a spider web concept of knowledge: every piece is connected to several other pieces by strands of silk. When you learn one piece, and really, really get to understand what it means, doors are open to related concepts.

You know what’s worst about normal language courses, relying on books that are written like Berlitz traveler’s language guides? Concepts are grouped according to a subject offered in your native language, and not by their linguistic relationships. In other words, you’d never learn about “puppy” being “child + dog” this way; you’d learn dog in one place, and puppy in another place, and no effort would be made to demonstrate the relationship between the two. This is why people take language courses, take a year off, and forget every last word.

Build A Solid Foundation, But Have Fun


Ultimately, my best advice is to work on the fundamentals while adding bits and pieces of cool stuff as you go. Soon, you will be able to understand basic ideas and form fundamental sentences that make you sound, and feel, smarter. More importantly, you don’t have to compromise: you can learn how to read Japanese, too. It’s not an overnight process, but take it from me: it’s very satisfying, and makes you much, much more self-reliant when dealing with anything having to do with Japan.

Above all, though, we need to set our goals early and commit to a path to achieve them.

Now, I highly recommend my own lessons and live Skype tutoring for helping with this. I learned Japanese from nothing. I had very little assistance. It took a long time. It was hard, hard work. It paid off. I can tell you, or better, show you, that many mainstream language courses are full of holes, and in some cases, do a good job of leading learners astray and making it harder for them to learn how to “think in Japanese” and really absorb the language. Learn the basics right the first time, and you will save yourself years of grief in the future.

What matters is how ambitious you are. Let me worry about presenting the material in an easy to understand way. I’m good at it.

Oh, yes, you’re wondering about my goals? Hmm… I wanted to watch raw anime someday, play import video games, become a professional Japanese to English translator for a career, and when I’d be good enough, years into the future, I wanted to get into education and write books and show people easier, more effective ways of learning Japanese so that they’d have to suffer less than I did along the way.

I’m still working on the book part, but expect to see more of my Japanese lessons sold on Learn Out Live’s online store very, very soon.