German Language as a Path to Understanding the Mind 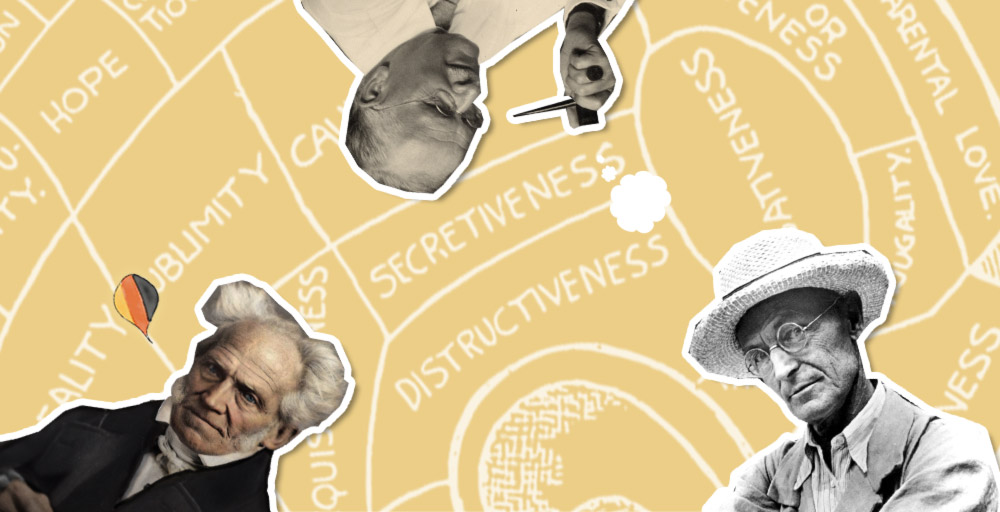 Those seeking to gain knowledge about the human mind and spirituality, might think of learning an extra language like ancient Greek, or Sanskrit. Here we will present the view that they should also consider learning German.

The German language can be a gateway to accessing the works of some really important thinkers. Sure these texts can be read translated, but there is always something “lost in translation”. We will actually show some very specific cases where the translations can be confusing, or loose some of the meaning that was in the original German text.

Lets have a look at 4 important German language writers whose books will give you insights on the human mind and spirituality: Herman Hesse, Carl Jung, Sigmund Freud, and Arthur Schopenhauer.

Herman Hesse was a German born Swiss novelist who was awarded the Nobel Prize in literature. A common theme in many of his novels is the individual’s search for authenticity, self-knowledge and spirituality.

Perhaps the best know novel by Herman Hesse is Siddhartha, a novel set in ancient India in which the protagonist is on a quest for self-discovery and spiritual attainment. During part of this quest the protagonist meets the historical Buddha, Gotama.

Herman Hesse found his inspiration from reading ancient Hindu texts as well as from his friendship with the psychologist Carl Jung.

Born in 1875 in the German speaking part of Switzerland, Carl Jung was an influential psychiatrist, psychoanalyst and author.

Jung coined the term ‘collective unconscious’ (Kollektives Unbewusstes) which refers to structures of the unconscious mind which are shared among beings of the same species.

As an example, the fear of snakes is deeply rooted in the collective unconscious of cats. You might have heard that cats are afraid of cucumbers (google it if you have never heard about this). A house cat which have never seen a snake in its life, can be very afraid of cucumbers, because the sight of those long green vegetables, triggers that unconscious fear of snakes.

Perhaps you have heard of the Myers-Briggs type indicator (MBTI), it is a personality test which was built on the typologies developed by Carl Jung.

Born in 1856 in the German speaking Austrian Empire, Freud was the founder of psychoanalysis. He studied the interpretation of dreams which he viewed as a road to a knowledge of the unconscious part of the mind (das Unbewusste).

Freud developed a model of the mind composed of 3 parts: das Es, das Ich und das Über-Ich ( the id, the ego and the super-ego). Here there is something lost in translation. the English translations of these terms do not convey the meaning as well as the original German terms:

“das Über-Ich” (super-ego) is the part that strives to act in a socially appropriate manner, by controlling our sense of right and wrong and guilt. The German term, Über-Ich, literally translates to “that which is above the ego”. The verticality implied by the original German term is not clearly present in the English translation (super-ego). Yet this notion of verticality is essential to the meaning of the term Über-Ich, as by being above, it makes it clear that it is what pushes down, represses, and controls.

Recommended books: ‘Die Traumdeutung‘ (The Interpretation of Dreams) published in 1899 in German

Arthur Schopenhauer (1788 – 1860) was a German philosopher. Before developing his theories he studied a lot of ancient texts from India, such as the Upanishads.

Look at the following quote by Shopenhauer: “Der Mensch kann zwar tun, was er will, aber er kann nicht wollen, was er will.” If you understand German, this sentence makes perfect sense. The English translation however, is confusing and awkward: “A man can do what he wants, but not want what he wants”.

Have a look at the following very famous quote by Schopenhauer: “All truth passes through three stages. First, it is ridiculed. Second, it is violently opposed. Third, it is accepted as being self-evident.” That is the way it is almost always translated to English.

If you understand German, you will realize that something was lost in translation: “oder verzerrt” is not being included in this common English translation. The complete translation would be: [..] First, it is ridiculed or distorted. [..] .

For the purpose of making this common English translation sound good and flow naturally, a little bit of the meaning is left out. Indeed, according to Schopenhauer, a new truth may initially be made fun of, but it may just as well be distorted and misrepresented.

These examples illustrate the advantages you get by reading the original text, as apposed to reading translations.

If you are majoring in psychology at the university, or if you are simply interested in gaining an understanding of how the human mind works, then consider learning German. It will give you access to some fundamental books which you will be able to read in their original text.

Even the best translators are liable to introduce subtle distortions, because there are words and expressions which don’t have exact translations from one language to another. In topics like psychology and philosophy, nuances are very important. By reading these texts in the original German, you will be confident that no translation inaccuracies are getting in the way between you and the original meaning which the author expressed.–You‘ve been reading a guest post by David Baker

David Baker speaks English, French and German. Back when he was in high school he attended a bilingual program through which he obtained the German Abitur together with the French Baccalaureate. Later he studied mathematics and completed a PhD in probability theory. Recently, he has been working on a language learning project: vocab.chat