Conversation Is Not An Act Of War 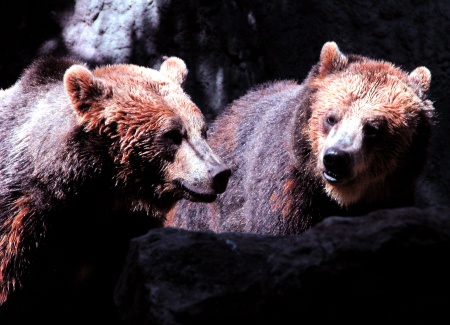 Unlike this couple, some people cannot bear to lose.

Let’s get this out of the way: the following is strictly my personal opinion as Jeremiah Bourque.

In a conversation, anything that is not a fact is, by extension, the opinion of the speaker.

It is my opinion that conversation need not be an act of conquest of the other person.

This simple, easy-to-understand argument is not popular with many people in the West.

A War of Wills

This is discussion about small, relatively common things that may or may not be interesting, but is done to “break the ice” and bring people closer together. Examples include the weather or recent sports games.

This is discussion that is at greater length, and in greater depth, than small talk. The topics are moderately serious, but a conversation is supposed to be friends and acquaintances, with each side informing the other side and giving opinions about the world and the people around us.  Examples include the state of the economy (global, American, or any other kind), family and relationship issues, and local news.

To the Western mind, more often than not, debate is a war of words, a war in which victory is essential.

Every Westerner seems to have an invisible switch that, once turned on, turns a conversation into a war of wills, a contest between who is the smarter, most correct, and mentally toughest in the debate.

Debates can be won by proving one’s point of view is more intelligent, by proving other points of view to be incorrect while one’s own remains correct, or by beating the other people up with words, body language and emotional combat until you are the only one left standing.

When this mindset is engaged, the opponent’s brain is hostile territory to be conquered and subjugated.

Often, one person’s invisible “Debate Switch” flips on, and that person starts a war of words and wills with other people without the others agreeing to start a debate, or even being aware that a debate has started at all. These people will act as if the bell to start a boxing match has sounded. They will begin throwing verbal punches as if this is fair, just, and natural behavior.

The problem here is really quite simple: someone who wins a debate like this leaves the other person feeling mugged, assaulted, and beaten.

This problem is especially acute with cultures that value social harmony over personal status, chiefly Asian cultures. This is not specific to any individual country; it is a feature of most cultures where people rely on each other to a far greater degree than in the West, where, to be blunt, people rely on money much more than other people.

This is, once again, my personal opinion, but here is my view of it:

2. It is very possible to win a battle, but lose the war.

3. The war is for friendship and mutual understanding.

I firmly believe this to be true.

Fighting To Win The Peace

Friendship and mutual understanding are the strategic goals of discussion. In other words, we discuss things with other people because we want to be their friends and want them to understand us; in the process, we want to understand the other party.

Not everyone believes this. Many people believe that winning is the strategic goal, and that every victory means that the other person walks away agreeing with you.

This is not true!

Many times, a person who felt he has lost will resent that “defeat” and will reject the argument out of a natural mental defense against being pushed around and mentally bullied. Submission is not victory. People are truly convinced when they genuinely believe you are right, not when you force them to back down.

Therefore, I believe that the only true victories come from creating long-term relationships, respecting the beliefs and views of the people we call friends and acquaintances, and allowing the other person to disagree with dignity.

This way, even if I lose a debate, or I am on the “losing” side of what should be considered just a conversation, I may lose the “battle,” but I win the war.

The fruits of victory are friendship and knowledge. Isn’t that something worth “fighting” for?

More posts about: English in Learning English
« How To Greet People In 3 Easy Steps
Minimalism: Spiritual Materialism in Disguise or: The New Religion of “Living with 100 things” »