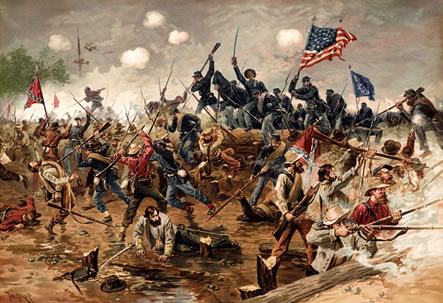 It’s probably very difficult for non-Americans to appreciate how the American Civil War still has a great impact on American culture. I might even call this a defining impact that helps define Americans’ identity of themselves in various ways.

I’m sure this all seems very strange to non-Americans. I myself am a Canadian and cannot claim any direct relationship to the issues involved here. Nonetheless, from my perch I can see and hear a great deal of Americans themselves; how they relate to the Civil War greatly affects their political and cultural views.

Not A History Lesson

This article addresses the cultural impact of the Civil War. One article is far too short to cover the entirety of events of the Civil War; check out Wikipedia or your own library’s encyclopedias for exhaustive information about the events themselves.

Let’s take a moment and look at the two extremes regarding Civil War thought. Most views fall somewhere between these extremes. (But not all.)

View #1: The South was one of history’s unique evils, like Nazi Germany, that needed to be conquered and destroyed by any means necessary to bring a final end to state sanctioned human slavery in the West and unite all Americans behind a powerful central government for the common good.

That is one view.

View #2: Though the South failed, its grievances were mostly legitimate (with the preservation of slavery being a product of its time and not a good in itself whatsoever). The South was resisting what, in essence, was bullying; the North’s insistence that it could dictate cultural, social, legal and moral norms upon the South regardless of the consent of Southerners themselves. 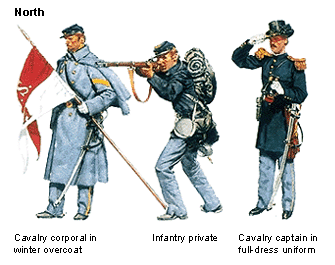 Unsurprisingly, most African-Americans view the Confederacy with undiluted and undisguised contempt, if not outright hatred. This is transferred to any white person who shows sympathy for the Confederacy.

For American whites, the issue is considerably more complex. Even if the South’s cause was not pure, a great many Americans believed in it, fought for it, and died for it. The war is said to have divided America so bitterly that brother fought brother and father fought son. (Even as an exaggeration, this suggests the bitterness involved.)

In other words, many Americans take the Biblical approach of hating the sin but not the sinner, expressing sympathy for the human beings who fought and died on both sides of the war without judging the individual soldier’s moral compass.

In other words, not every Southern soldier was considered to be a fanatic slavery defender.

Conversely, rejection of this blanket contempt for all white Americans who support smaller government, more freedom for states to enact their own agendas, less taxation, less intrusion by the government, and so forth, are expressing what one might call the philosophy of the Confederacy but without the civil war. In other words, these beliefs have moved (without the involvement of slavery itself) to the political arena, where they continue to do battle against beliefs in an overriding central authority that should, for the common good, crush all opposition with nary a care.

Once again, most Americans fall somewhere between the two extremes. But not all. 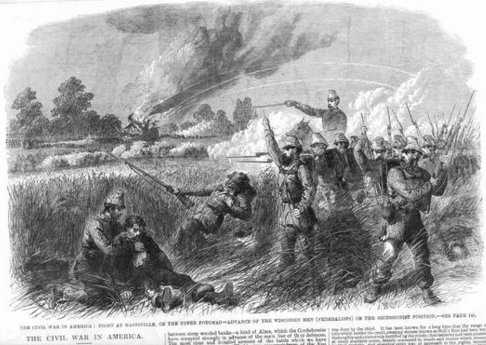 The deepest fundamental change in the American mindset was with the idea of agreeing to disagree without resort to further violence. America had suffered enough in war; no longer would Americans take up arms against each other. Nonetheless, this did not mean that the defeated had been conquered in their souls; nor did it mean that they were required to surrender their fundamental freedom of conscience. Free speech was still promoted widely, though not all speech was welcomed or considered wise.

At any rate, the Reconstruction period that followed the Civil War was meant to rebuild the South along the lines of the North, a sort of internal Marshall Plan that would economically, culturally, and socially unite Americans so that they would not feel any need for different cultural or political beliefs, and heal and unite the nation.

Reconstruction is considered one of the great failed periods in American history, and fell far short of these lofty goals. In spite of slaves being freed, racism against African-Americans – then entrenched in the Democratic party, as Abraham Lincoln was head of the Republican party – remained a permanent feature of the South, and segregation (under a variety of state laws the federal government had no energy or motivation to fight at that time) was considered a plague upon the ideal of equality for a hundred years.

Only when President Lyndon B.  Johnson (“LBJ”) had the Civil Rights Act passed did a great electoral shift occur, and African-Americans became primarily identified with the Democratic party, while disaffected whites flocked to the Republican party. This realignment is what results in the common stereotype that Republicans are white and racist, while Democrats come in many colors and are enlightened moderates (a fantastic oversimplification on both counts, I assure you).

Entrenched power is an incredibly resilient thing. Just ask the PRI in Mexico or the LDP in Japan, both of which lost their tenacious hold on power after decades of uneven but ever-present dominance only in very recent times.

In the United States’ November 2010 mid-term elections, Republicans gained control of the Alabama state legislature for the first time “since Reconstruction,” meaning, since 1870, when disaffected whites flocked to the Democratic party out of resentment against blacks and desire to defend their values (good and bad) against outside interference. Liberals in the United States have been discussing the loss of Democratic power to the Republican party in a “deep South” state as a terrible loss for equality and human rights, heralding a new era of vicious political racism.

Not to mention I find this manner of characterization to be more than a little overblown; it is a deliberate effort to reduce all Southern values to slavery alone, and essentially takes the position that unless liberals “civilize” the South, it will slip back into lowly barbarian habits. 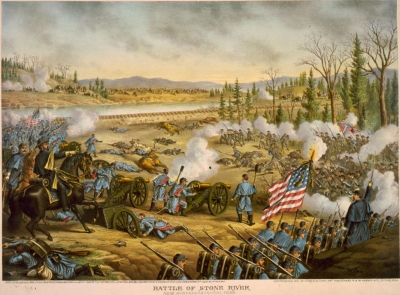 1. Good people died on both sides.

2. Neither side was wholly innocent or pure.

3. Let people identify with whichever side they prefer.

4. The Civil War is settled business.

5. America is united as a single people, disagreeing but on the same side.

As you might imagine, many Americans vigorously disagree with the ideas represented above, particularly the Civil War being settled business and that they are one people rather than divided by race, gender, creed, and so forth.

Nonetheless, these are the old ideas that Americans were taught to respect at the height of America’s power and influence. What is undeniable is that these ideas, or if you will, these ideals, carry a great emotional impact for Americans today; one could easily argue – and I think I will argue it – that the election of President Obama with vast amounts of white American support was predicated on the idea that he would return America to, more or less, a single body politic, a single people that can agree to disagree but nonetheless make great strides as a united group, with less emphasis on political hand to hand, trench by trench combat.

Well, it didn’t quite work out that way, did it?

Thank you for your time.

More posts about: American, culture, education, English in Learning English
« On Friendship, Benevolence… And Strategy
Famous Quotes and Where They Come From »