3 Teaching Skills For The 21st Century

There are many skills the educator of the future is going to need.

Notably, these include technical skills such as building and maintaining a webpage, using VoiP technology, Social Media, etc.

But this is only the beginning!

Being technology-savvy, as important as it may seem, is not really a skill for itself.

It’s simply a prerequisite for other, more advanced skills.

Having said that, let’s take a look at 21st century skills that all implicitly use technology but go far beyond: 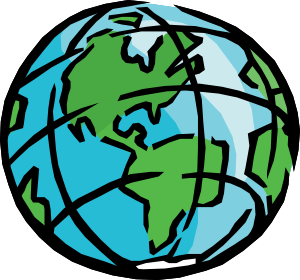 This is also often called “Cultural Literacy”. Due to globalization and students becoming more and more mobile, cultures are increasingly overlapping and mixing.

Someone who has cross-cultural skills will be able to engage with people from many different cultures without stepping on any toes or being overly-careful and therefore avoiding fruitful discussions and problematic topics.

Wherever we are from, appreciation and knowledge of simply one culture is not enough.

Even if there isn’t an opportunity to travel to distant countries, it’s still possible to talk to people from far away by bringing them into the classroom by voice and video.

Respecting cultures is one thing.

Another one is not just appreciating other cultures in theory but actually being able to navigate their worldviews confidently and constructively.

From the exposure to many different local cultures and traditions, notions of a “global culture” will slowly but inevitably emerge and naturally replace the “Us vs Them” with a more refined “global identity”, which can only be defined by living in it.

Kids growing up today are not going to live in nation-states.

They will continue to be citizens of states but their activity (both online and offline) will go far beyond borders.

The future will favor the cross-culturally skilled, both at the workplace and in personal relationships.

Bridging this gap will become an important challenge of the 21st century.

Contrary to common opinion, information literacy doesn’t just refer to being able to use Office or find stuff on Google.

Instead, it is closely linked to Media Literacy and could be described as follows:

“being able to understand, connect and evaluate different kinds of information from various perspectives and media.“

Kids of today are already accustomed to huge floods of information.

Being able to evaluate articles, videos and audio based on certain criteria rises in importance parallel to it sheer amount.

These criteria shouldn’t be taught but instead derived from class-room discussion and could be started with questions like this:

“Why does this YouTube video have so many views? What is its information value compared to its entertainment value?“

“Considering newspaper articles: How long is too long? Do you feel less threatened by lengthy articles when they contain pictures? Why is that? What other design elements help to structure long texts and make them readable for overtaxed brains?“

This skill also implies being able to come up with an “information diet”: carefully selecting daily amounts and quantities and being aware of becoming both under-informed or over-saturated.

Theoretically, every student who passes high school should be able to write readable articles and essays on a variety of topics without too many grammar or spelling mistakes.

Writing is an absolutely vital skill, even in the 21st century.

What has to be added, though, is context!

We used to write on paper. Now we write on the Internet.

A text doesn’t stand for itself, anymore.

It’s connected to images, video and audio and can easily change into an infographic, a script for a video or podcast.

Therefore, after teaching the basics of text-production, teachers in the 21st century should increasingly focus on content-production.

Again, simply teaching PowerPoint, Photoshop or programs like Audacity can not be the goal!

These skills have to be acquired while applying them, so that when passing high school or some kind of equivalent any student will (theoretically) be able to produce and publish a variety of different media from webpages to video animations.

Certainly, each student has different capacities and talents so that some will lean towards writing while others will tend towards visual design. That’s only natural.

What is important, though, is to provide them with a context for their work and enable collaboration and cross-pollination within it.

Just as language changes, so does software. Students generally don’t have a problem keeping up with rapid changes. It’s the teachers who really have to make an effort. Visiting a seminar or conference on podcasting or blogging can be a good beginning but it’s no replacement for continuous engagement and learning.

Recent decades of specialization have produced an attitude of: “I’m not a programmer” or “I’m not good with creating visuals”, shrugging off responsibility.

The 21st century will partly reverse this trend so that while everyone can and should specialize on a particular medium, everyone will also have a basic understanding and skills in other areas.

Kids are already doing it.

If we as educators want to teach them anything we better raise the bar on ourselves and catch up!

What do you think are the most important teaching skills of the 21st century? Leave a comment, below!