3 Lessons on How to Learn & Speak Advanced English 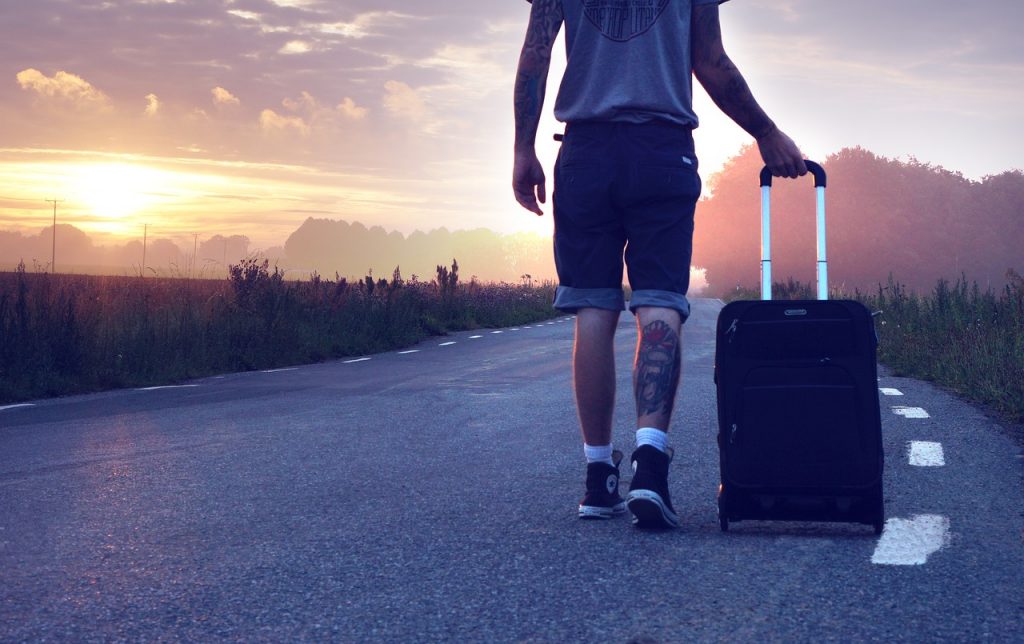 My family emigrated from India to the US in January of 1995 when I was 8 years old. To successfully transition into American life, we all had to learn and speak English fast.

In India, I went to an English-medium school, which is basically a school that uses English to teach all subjects. While I had a grasp of basic English as a third grader settling into Chicago’s public schools, it took over a decade for me to become an advanced English speaker, writer, and reader.

These are the lessons I learned along the way, and the advice I’d share with any beginner-level English speaker.

1) Get out of your own head

When my family arrived in Chicago, it took no more than 7 days for me to enroll in and start attending school. It was baptism by immersion, a phase that lasted about 5 years before I became an intermediate-level English user.

During those early years, even though I was entrenched in English every minute of the day, I had an extremely difficult time practicing it and using it publicly.

As a person of minority, I received my fair share of criticism and ridicule from fellow classmates, as if it was a right of passage, for broken English. The more I believed them that my English sucked, the more my confidence waned, and the less I was inclined to even try practicing it. I stunted my growth by friending only others who spoke my native language, Gujarati, and its close counterpart Hindi.

Even my parents and younger brother had difficulty adjusting to life, mainly because of their lack of familiarity with English. The four of us returned to India just 8 months later, where we once lived a perfectly privileged life. My parents were wiser however, and later decided to give life and a future in America a second effort.

This time around, we all landed in Chicago with clearer expectations of American life, and I found myself making more use of practice time at home. I was inspired by my 4-year old brother who seemingly learned English with zero effort. When he spoke, he just let the words fly. No filter. No worry of making mistakes. Only a clear conscience. I quickly learned that the more time I occupied myself with memorizing, practicing, and applying myself, the less tense I became, and the more I improved.

So my advice to my 8-year old self and to you is: let it fly. Whether it’s speaking English or experiencing new things that the American life has to offer, don’t be afraid of failure. Let go of the negative thoughts that restrain progress, and set your attitude toward constant and never-ending improvement.

2) A new language changes your identity

Even as I improved in communicating with peers at school or at the park playing basketball, I still sabotaged myself at home with my family in a subtle, but critically counter-productive way: I refused to speak English in front of them. Even when I knew the words.

Why? I remember pretending not to know English around them, because I didn’t want them to see I had changed. Speaking basic English on a day-to-day basis made me feel like a different person, that is, an American. I didn’t want my parents to see me as one. It felt like I was betraying them and my heritage.

If I could go back in time, I’d tell my younger self to get used to the idea of change. And like failure, don’t fear success either. Almost 25 years later, and still living in the Chicago area, my heritage is still intact, and my English is, well, good enough to publish this essay.

3) Language mastery is a lifelong pursuit

If you Google search, “how long it takes to learn English,” you’ll see conflicting answers. Some say months, some say years, some say even longer. As a learner investing serious time and energy into your studies, you owe it to yourself to know what you’re committing to.

You have to ask whether you’re learning for fluency, or for mastery. While fluency helps you get by, you should aim for a deep expertise.

As Trevor Noah writes in his book Born a Crime, “English is the language of money.” Mastering English gives you a fair chance at virtually any educational or professional opportunity you wish to pursue.

In every aspect of life, mastering English makes you a more empathetic, knowledgeable, and well-rounded person. As Nelson Mandela once said:

When you master a foreign language, you don’t just understand the words people say, you clearly and deeply understand what they mean.

It’s never been more apparent to me that even though I’ve been using the English language for over 2 decades, I still have much left to learn. This fact is particularly evident while reading a good book.

So the final piece of advice I’d give is to commit to lifelong learning. One great way to start is by opening up a new book that challenges you. Read, read, read. Also, understand the importance of listening. Pay close attention to others whose use of the English language uniquely represents a distinct walk of life. Then, talk to them in that language.

Walt Whitman sums up the universality of the English language well:

“Viewed freely, the English language is the accretion and growth of every dialect, race, and range of time, and is both the free and compacted composition of all.”

If you’re embarking on a path to language mastery and not just fluency, keep going – especially during the moments when you feel stuck. The dividends and long-term returns will pay off in unexpected ways. They will also far outweigh the time, effort, and emotion invested.

Don’t just take my words for it. Get expert advice from private English tutors who can both ease and accelerate the painstaking process of mastering this new language.–You‘ve been reading a guest post by Raj Shah

Raj Shah is a senior manager and lifelong-learning advocate at TakeLessons Live, an EdTech company that offers online courses in language, music, and more popular subjects.