Nailing the Coffin on “Internet Addiction” 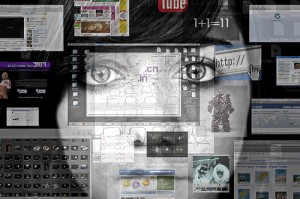 We all have heard it before that someone is “addicted to the Internet” and secretly fear that we might be in danger of turning into online junkies, ourselves.

It’s what our parents had warned us from. Only now it’s not the television. It’s bigger, better, brighter, more addictive: The Internet!

But according to a study (1996–2006) published in the journal CyberPsychology and Behavior Quantitative Research there seems to be no real basis for the so-called condition of Internet addiction.

“Hey, cool!”, some will now say. “Does that mean we can play World of Warcraft now 24/7 instead of doing anything worthwhile with our lives?”

But the question here is rather: if Internet addiction does not classify as an addiction in the same way substance abuse or obsessive behaviour like shopping does: Why do people get so hooked on it?

After all, the Internet is neither a substance nor a behaviour, itself!

The study mentioned above admits that

“previous studies have utilized inconsistent criteria to define Internet addicts, applied recruiting methods that may cause serious sampling bias, and examined data using primarily exploratory rather than confirmatory data analysis techniques to investigate the degree of association rather than causal relationships among variables.” source

Bottom line: There’s no consistent evidence or pattern. But it’s the fault of research-methods, they say.

But, again: Is it possible to be addicted to the Internet in the same way a person gets hooked on illegal substances or alcohol and cigarettes for that matter? What about the government-run “Internet Addiction Counseling Center” in South Korea?

Vaughan Bell says it’s not possible to be addicted to the Internet and explains on mindhacks:

While that again validly classifies the Internet as a medium, distinct from substances and behaviours, to which most forms of clinical addiction refer, another blogger on shockmd admits that there may be behavioral problems regarding Internet usage :

“it seems that people mistake the medium for the message. When they hear that folks are “addicted to the Internet”, they blame the Internet, the medium, for the problem, whereas the Internet is simply provides a new source of behaviors for people who would have had behavioral addictions anyway. Even incorporating this new medium into our culture will be accompanied by getting used to, finding the right balance in your daily routine.”

So, if there is no Internet Addiction, who will be our scapegoat?

It’s so easy to say that we don’t get anything done “because of Facebook”, isn’t it?

What blocks us from a common-sense approach is our romaticized view of technology.

Either it has messianic qualities, destined to improve our lives and gain immortality or it is the root of all evil.

Those were the character traits traditionally projected onto our deities. Now technology has become the canvas for our collective imagination.

The moment we can accept technology as a natural (!) extension of ourselves, a lot of nonsense will disappear.

In the same way, the Internet is just an extension of our nervous system, our brain.

Who would claim that there is such a thing as brain addiction?

And, yet – beyond all of this, the fascination with connected media is growing and growing. We are slowly becoming unable to “Survive 24 Hours Without Internet” -but calling it Internet addiction is just a superficial approach. If those tools and technologies are extensions of ourselves and we are feeling “naked” without them it simply means we have accepted them as part of our everyday existence and without them feel a lack in the same way a person would lack a foot or a leg.

Another approach is this of saying: Information is the substance we are addicted to. Our brains are built to process information. This is also called learning: But we are slowly drowning in daily-increasing masses of data. Are we addicted to learning? Is that maybe a good thing? Or will we learn, eventually, how to balance our binge-browsing sessions, gulping data down our worn out neurons?

Instead of answering this, let me end with a joke: 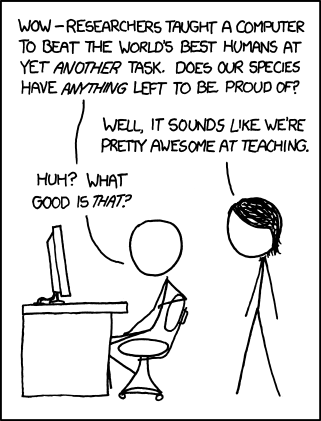 More posts about: development, future, information addiction, internet addiction, knowledge, productivity, Social Media in Lifestyle,Technology
« Logging in to Log Off: Non-Mediated Nostalgia and the Point of No Return
Adventures in (eBook) Publishing »