Living Outside the Box 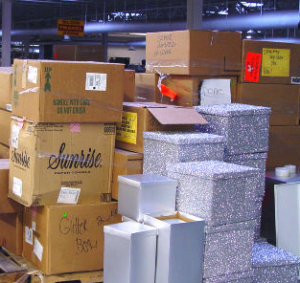 We’ve heard it so many times it has become a cliché. “Out of the box” thinking is praised and demanded everywhere. Especially in the so called creative industries it has become synonymous with “come up with new ideas to sell more stuff.”

But let’s leave all of that aside for a second and ask:

The saying “out of the box” implies the existence of a box, obviously. Let’s imagine the “box” is a problem.

Thinking out of the box thus means to look at the problem from an unexpected angle. To step beyond the obvious.

If on the other hand we understand the “box” not as a problem but as a container for consciousness, it becomes even more interesting. Sounds spaced out? Bear with me…

Every one of us identifies with something.

It’s how we choose to think about ourselves.

If you think of yourself as an “artist” or “businessman” and live a life according to this label, your experience will be limited. If you think yourself to be “spiritual” or “down-to-earth”, if you label yourself a “Buddhist”, “vegetarian”, “republican”, “leftist” and so on and so forth you are cutting the branch you’re sitting on and actively crippe the fullness of your experience.

It might seem reassuring at first to choose a box and to make a home within its narrow confines. (Also, we are pushed from the start to “take a stand” and squeeze ourselves into all kinds of boxes) Within the box you have a clear-cut image of yourself. You can exclude all kinds of stuff by the authority of your cardboard walls. You don’t need to do much of an effort: Whatever doesn’t fit your box doesn’t exist.

In short: No matter what box you’re living in – those boxes are mental constructs that are limiting your experience.

So, what to do? Can we even help thinking of ourselves as “this” or “that”? Should we try to cultivate the “positive” self-images and fight the “negative”? Or are those thoughts just complete distractions from participating in what’s happening? In any case, if you don’t live inside those boxes, where do you live? Is it possible to live a life that is truly and fully out of the box?

More posts about: creativity in Learning English,Lifestyle
« Zen and English, Part 5: Intangibles
The Ass In The Lion’s Skin »