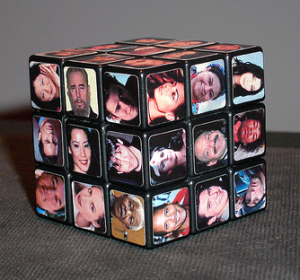 Everybody’s talking about Google+ these days. Whether it will replace Facebook or not. What’s good about it and what’s not.

While that all seems very important, there is a chance, though, that these questions are covering a far more important question!

To make it clear what I mean, let’s do a little Gedankenexperiment (thought experiment):

Imagine for a moment there was no Skype and you wanted to call your uncle on the other side of the world without paying for the phone costs. What would you do?

Well, here’s what I would do: I’d send him an email with one of the many free softwares that are like Skype, tell him how to install it and then call. Voilá!

Now, imagine there was no Facebook and you wanted to connect to your 34 classmates from highschool, 86 co-workers from your office and a varying number of family and friends. What would you do?

Chances are that each one of them will already have some kind of profile on some kind of Social Network. And to connect to all of them you need accounts on all of those networks. Which is a bit like trying to chat with people that are strewn across Microsoft & Yahoo Messenger, ICQ, AIM, etc. It’s a real pain in the rear. And it makes efficient Social Networking almost impossible.

I’ve mentioned it a few times before but nowhere else has it such a crushing significance as with Social Media:
It has to be used by a really critical mass in order to take off!
In other words: Facebook is not the most popular Social Network because it is the best one but because it’s most widely used.
The discussion about Google+ only makes me aware of how segregated our Social Media landscape really is. It’s not much different from the Messenger confusion I refered to above, or is it?

The Segregation of Social Networks

Your contacts from work are on LinkedIn, your family and high school friends are on Facebook, your professional colleagues are on Twitter. And then there’s a lot of over-lapping and redundancy inbetween due to cross-posting, importing and “integrating”. The result: A mess! Oh, and don’t forget your new Google+ connections! They will have to be tied in somewhere into this confusion.

Or maybe it’s turning into a huge distraction and we’d be better off without it? Some people deal with this increasing confusion by simply cutting themselves out of this or that platform completely, making it a matter of principle. And while that’s definitely a good way not to get totally crazy signing in and out of various homepages it divides our social network based on platform-preference instead of our social-graph (interest in literature, music, food, etc.) . And it makes me wonder:

For example, it’s as if the Twitter Vs. Facebook  debate has become the new Apple Vs. Microsoft. As if, with the rising popularity and acceptance of geek culture into the mainstream, one of its oldest shadows has risen with it, turning platform preference into something which determines to whom you will be able connect.

Have you ever heard a dialogue that goes like this?

Would an open-source peer-to-peer based Social Network that is simple to use and not motivated mainly by making investors happy solve the problem of online segregation and rise above Twitter, Facebook and Google+ in the same way Wikipedia made the encyclopedia-business not worth investing in, anymore?

What do you think?

How do you deal with maintaining a social network that is all over the place? Use only one platform? Use all of them? Use none?

More posts about: facebook, Social Media, twitter in Social Media,Technology
« Top 3 Business Blogging Mistakes And How To Avoid Them
A Brief History of Peer-To-Peer Networks »